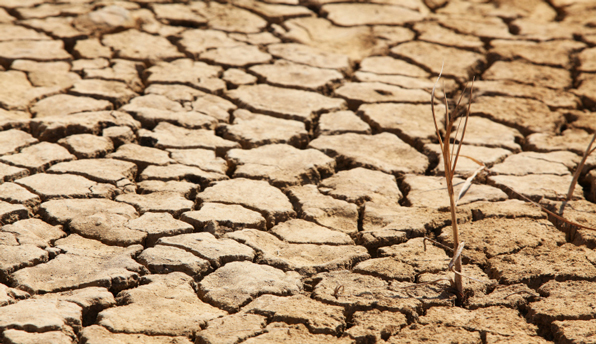 STAFF NEWS & ANALYSIS
The Unraveling of the Warmist Meme Is a Profound Development for Our Time
By Staff News & Analysis - June 24, 2014

The scandal of fiddled global warming data …The US has actually been cooling since the Thirties, the hottest decade on record When future generations try to understand how the world got carried away around the end of the 20th century by the panic over global warming, few things will amaze them more than the part played in stoking up the scare by the fiddling of official temperature data. There was already much evidence of this seven years ago, when I was writing my history of the scare, The Real Global Warming Disaster. But now another damning example has been uncovered by Steven Goddard's US blog Real Science, showing how shamelessly manipulated has been one of the world's most influential climate records, the graph of US surface temperature records published by the National Oceanic and Atmospheric Administration (NOAA). – UK Telegraph

Free-Market Analysis: How much negative publicity can warmism take?

This article by Christopher Booker of the UK Telegraph was featured on the Drudge Report, seen by millions if not tens of millions. It states succinctly that NOAA – see above – has been manipulating surface temperature data to make it appear the world is growing warmer when it's not.

Who is Christopher Booker? He is a respected journalist and book author who wrote an important warmist expose, The Real Global Warming Disaster, back in 2009. Here, according to Wikipedia:

The Real Global Warming Disaster (Is the Obsession with 'Climate Change' Turning Out to Be the Most Costly Scientific Blunder in History?) aims to show how scientists and politicians erroneously came to believe in anthropogenic global warming. From a standpoint of environmental scepticism, Booker seeks to combine an analysis of the science of global warming with the consequences of political decisions to reduce CO2 emissions and claims that, as governments prepare to make radical changes in energy policies, the scientific evidence for global warming is becoming increasingly challenged.

He asserts that global warming is not supported by a significant number of climate scientists, and criticises how the UN's Intergovernmental Panel on Climate Change (IPCC) presents evidence and data, and in particular cites its reliance on potentially inaccurate global climate models to make temperature projections. Booker concludes, "it begins to look very possible that the nightmare vision of our planet being doomed" may be imaginary, and that, if so, "it will turn out to be one of the most expensive, destructive, and foolish mistakes the human race has ever made".

The book was reportedly Amazon UK's fourth bestselling environment book of the decade 2000–10 and journalists like Booker – many of whom publish at the Telegraph – have done a good deal to expose the lies of global warming. In fact, given the almost endless revelations of crooked statistics and fudged data when it comes to global warming, one begins to wonder how much longer this meme can stand.

Elite – globalist – dominant social themes are important to the internationalist movement because they provide problems that supposedly can be solved only within a worldwide context. The so-called war-on-terror is another such global problem, as is the "drug war."

The war on drugs is undergoing a change now, morphing from a purely law-enforcement matter into a regulatory issue. As more drugs become legalized – if that is the plan – then globalist facilities such as the UN shall have to coordinate a globalist response. And thus, international facilities grow and assume more power.

The "crisis" of global warming is supposed to provide a key challenge that only a coordinated global response can overcome. Faux-science though it is, global warming is perhaps the most compelling crisis available to the power elite.

It is the deepest problem – were it actually true – demanding the broadest response. It justifies legislative adjustments in almost every aspect of human behavior, including industry, agriculture and domestic behavior. It is a meme that the global elite is desperate to sustain, even though it is a crumbling one.

Goddard shows how, in recent years, NOAA's US Historical Climatology Network (USHCN) has been "adjusting" its record by replacing real temperatures with data "fabricated" by computer models. The effect of this has been to downgrade earlier temperatures and to exaggerate those from recent decades, to give the impression that the Earth has been warming up much more than is justified by the actual data.

In several posts headed "Data tampering at USHCN/GISS", Goddard compares the currently published temperature graphs with those based only on temperatures measured at the time. These show that the US has actually been cooling since the Thirties, the hottest decade on record; whereas the latest graph, nearly half of it based on "fabricated" data, shows it to have been warming at a rate equivalent to more than 3 degrees centigrade per century.

When I first began examining the global-warming scare, I found nothing more puzzling than the way officially approved scientists kept on being shown to have finagled their data, as in that ludicrous "hockey stick" graph, pretending to prove that the world had suddenly become much hotter than at any time in 1,000 years. Any theory needing to rely so consistently on fudging the evidence, I concluded, must be looked on not as science at all, but as simply a rather alarming case study in the aberrations of group psychology.

Of course, we would question Booker's last assumption. Global warming is not an aberration of group psychology, or not at the top anyway. It is apparently a deliberate elite promotion, universally applied and using all the internationalist tools available to the banking cabal that is behind so many other dominant social themes

As we have long pointed out, the Internet (though it can certainly be a tool of authoritarianism in the wrong hands) has been busy exposing these themes for at least a decade or longer. Whether it is central banking, global warming or even the war on terror, many (and by many we mean millions and even tens of millions) are increasingly skeptical of any one of a number of alarmist government pronouncements.

The larger question when it comes to global warming is how long the meme can continue before it poisons the well for the entire mechanism of scarcity-related issues. Food, water, energy – each of the fundamental building blocks of life have been subject to scarcity propaganda that turns out, on closer inspection, to be false.

The Earth is likely not running out of room (shades of the over-population meme). Nor is it running out of food, nor water … nor air for that matter. In the 21st century, the power elite could launch these fear-based promotions with impunity, but not so in the 21st.

As these promotions come under increasing attack, as indeed they are, the credibility of the larger internationalist enterprise begins to founder and even to fail. Each false fact and evident propaganda point further undermines globalism and chips away necessary trust. The European Union is another failing enterprise that comes to mind.

People can only take so much cognitive dissonance before the willingness to suspend disbelief is reduced or even removed. That is certainly happening when it comes to global warming and indeed is taking place as regards a number of elite dominant social themes.

As a result, elites are increasingly turning to authoritarianism. But societies need to be built on successful narratives and the narrative of regulatory democracy, underpinned by scarcity alarmism, is increasingly at risk.

The eventual toppling of this narrative and the dawning realization that freedom itself is an effective substitute for the vast matrix of modern lies and manipulations is the most profound development of our time. It is surely having an increasing impact as the 21st century evolves.