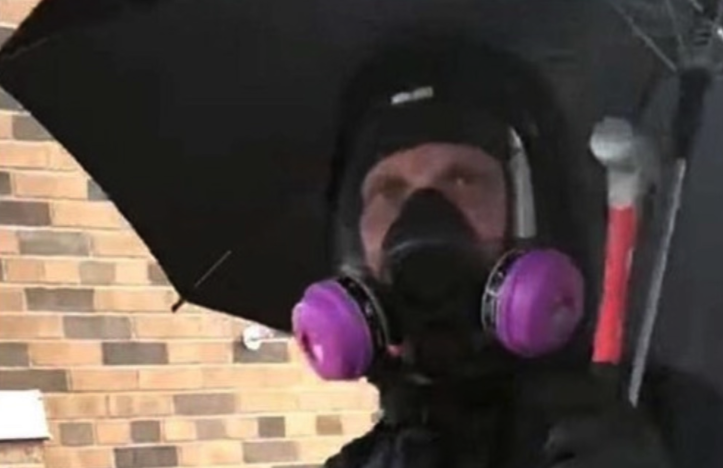 STAFF NEWS & ANALYSIS
The US Government has a History of Protest Infiltration and False Flag Operations
By Ben Bartee - June 19, 2020

If you turn on cable news, the actors who read their scripts off of tele-prompters will likely treat you, the viewer, to a hearty helping of chaos, fires, looting, and wanton vandalism – all in an effort to convince you of the need for ramped up law enforcement protection.

It’s as if to say, “Look what these animals did. Who will stand between you and the mob?” The answer that they’re fishing for is:  the police.

What if, though, police are the real originators of the chaos?

Consider this enthralling video that features an infinitely sketchy character — noticeably out of place among the actual protesters at the scene – clad in all black from head toe, with military-issue boots, gloves, and a standard-issue police gas mask, casually breaking out windows of an Autozone in broad daylight.

When an actual protester approaches the strange figure, who was unknown to anyone else present, he immediately begins to walk away in the direction of a police precinct just blocks away.

When internet sleuths attempted to identify the man, they found a stunning corroboration from St. Paul police officer Jacob Pederson’s ex-wife, who identified the man in the video as her cop ex-husband. 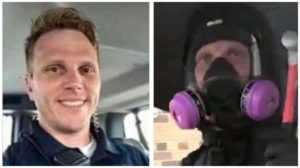 Faced with a torrent of media requests for clarification, St. Paul authorities quickly released a mind-numbing press release that purported to exonerate Pederson. In the release, St. Paul police assert that, in fact, Pederson was with another senior officer at the time.

You read that right:  police, notorious in the American psyche for telling brazen lies as a routine part of business, formed a Thin Blue Line-style alibi that relied on assurances from other cops that Pederson is a hard-working community member who loves his family or whatever, and that he would never go around breaking out windows to instigate street carnage on behalf of the authorities.

If that sounds not at all reassuring to you, then you are not alone.

American police, together with their accomplices throughout the various branches and levels of American government, have a long history of “false flag” operations carried out in times of political upheaval to instill fear in the population, shift public opinion against protesters, and  consequently hijack the narrative of the movement away from legitimate purposes to reinvent the storyline as a pack of thugs bent on property destruction.

This narrative is then foisted on the craven servants to power in the media who dutifully parrot their propaganda talking points to paint protesters as vandals and arsonists.

As just one sampling of the lengthy history of tactical police infiltration of protests, consider the events of the 1999 anti-WTO protests staged by activists during the organization’s ministerial conference in downtown Seattle.

The well-planned, peaceful protests were, at the time, the largest in history that normal American citizens had waged against the forces of internationalized corporate hegemony – i.e., against international groups like the WTO, IMF, and World Bank that serve the global elite at the expense of the working poor. 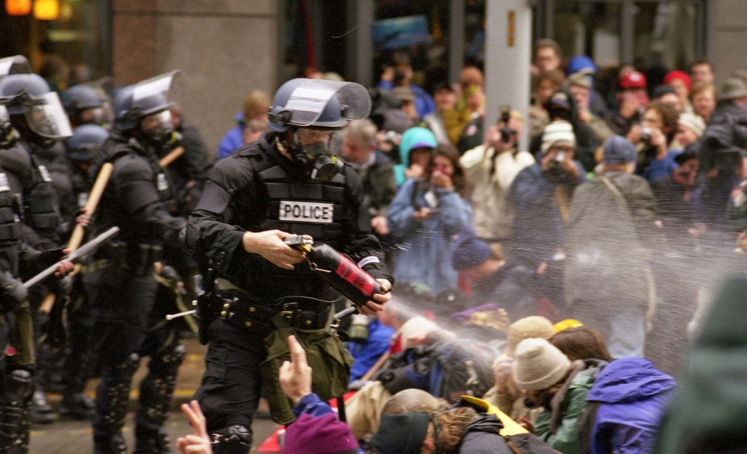 During the ’99 riots in Seattle, actual protesters grew suspicious of a handful of masked “protesters,” their supposed allies, who showed up clad head-to-toe in all-black paramilitary gear and who seemed to know nothing about the political cause they were supposed to support.

Unsurprisingly, these masked hooligans were primarily interested in property destruction, which they conducted with impunity and for which the entirety of the protest movement was conveniently condemned as a consequence in the state-run corporate media.

Under public pressure, the Seattle Police Department admitted three years later that it regularly infiltrates peaceful protests to stir up violence and “gather intelligence.” Like a military, the police in that city, as in other American municipalities, even have their own Orwellian SS-style spy group called the “SPD Intelligence Unit.”

This type of maneuvering is a classic problem > reaction > solution scheme in the tradition of the Hegelian Dialectic wherein government actors, or actors working on their behalf, stage events intended to galvanize public opinion to demand action, then to offer a pre-packaged resolution to address the problem that they themselves created, all in an effort to further their political aims. 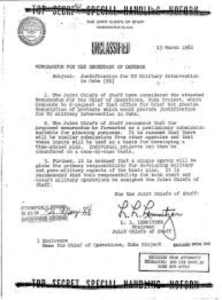 History is replete with problem > reaction > solution schemes of all stripes. Arguably the best-well known examples in American history include the infamous Gulf of Tonkin incident designed to dupe the public into supporting an illegal war in Vietnam.

Then there was the Operations Northwoods sham — signed off on by the highest-ranking military brass in the form of the Joint Chiefs of Staff — in which the CIA proposed staging a number of attacks (including on an airline 9/11-style) to be blamed on the communist government in Cuba as a pretext for an American invasion of the island.

President John F. Kennedy refused to sign off on it. A year later, he was shot in the head by a “magic bullet” in downtown Dallas.

As everyday Americans, the foremost lesson we should draw from our experience in a modern dystopia is:  police reflexively lie to the public on behalf of their masters in the owner class, and they do it with bent knee at the altar of power.