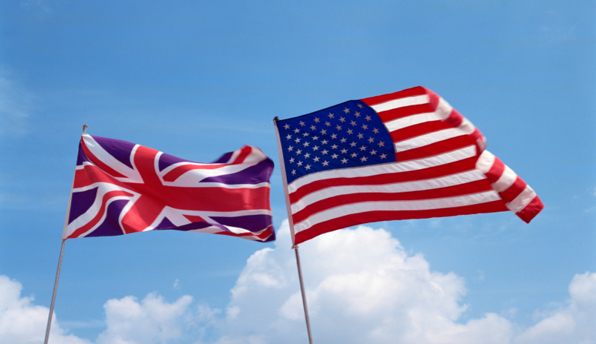 STAFF NEWS & ANALYSIS
The US Is Recovering but Britain Isn't? Don't Believe It
By Staff News & Analysis - March 20, 2014

Budget 2014: Britain's false recovery is a credit mirage, unlike real recovery in the US … UK has a current account deficit running at more than 5pc of GDP, the worst in a quarter of a century and by far the worst of the G7 … David Bloom, from HSBC, says sterling is all of a sudden the "least ugly" currency in a world where even the Japanese and the Swiss are holding down their exchange rates. "There is nowhere else to go," he said. Yet he also warns, like other City veterans, that this intoxicating moment is not going to last. "UK growth is surviving on fumes, driven by a consumer credit boom. Britain has an enormous trade deficit," he said. – UK Telegraph

Free-Market Analysis: This story is interesting for two reasons: It speaks the truth about Britain's non-existent recovery and it lies about the US one.

First, Britain: Indeed, the "recovery" that Britain is supposed to be having doesn't seem to be materializing. This is not surprising, of course, because it is a Keynesian, monetary recovery. The Bank of England prints currency, circulates it mostly via banks and creates real-estate and equity bubbles.

Central banking and government officials point to these bubbles as evidence of the success of their stewardship. But they're not.

The Chancellor told the House that Britain is now the growth star of the industrial world, galloping up to 2.7pc this year. The pessimists have had to apologise. Even the lordly IMF is admitting through gritted teeth that it failed to see the mini-boom coming. Yet growth is not the salient indicator.

What may matter more is a current account deficit running at more than 5pc of GDP over recent months, the worst in a quarter of a century and by far the worst of the G7. It is not a "healthy" deficit driven by imports of machinery. It is a consumption spree.

The household savings ratio has drifted down from 8pc two years ago to 5.4pc today. Output per hour has been falling and is now 21 percentage points below the G7 average, the widest productivity gap since 1992, according to the ONS. America's recovery has an entirely different feel.

… The US budget deficit is already below 3pc, and the US debt ratio has already stabilised. The brutal reality is that Britain is still running the highest budget deficit of any major country in Europe at 6.7pc of GDP. That is not Mr Osborne's fault.

Labour let the public sector run amok. It ran a recklessly loose fiscal policy at the top of the pre-Lehman boom. The deficit mushroomed to 11pc when the storm hit, the legacy from Hell.

… The global credit cycle – already five years old, and long in the tooth – may slow as both China and the US tighten monetary policy. It may roll over altogether. That would leave Britain facing a fresh downturn with borrowing already running at £95bn a year.

Now, the US: What's interesting about the above is that while part of the narrative supports the story of a US resurgence, the last paragraph raises important issues about the headwinds facing the so-called US recovery.

The article wants to make the point that the British recovery is woefully lacking compared to the US's, but in fact, there is a good deal of controversy about whether the US is in recovery mode, either.

The same grim economic factors afflict both the US and British markets, and the same Keynesian strategies have been applied to rectify them. Why should we believe they've worked for the US but not for Britain?

From our point of view, the answer is obvious, and it's one we've written about a good deal. Keynesian stimulations give the appearance of recovery without the reality, and this goes for anywhere they are applied.

In the past 50 years there was talk of the "great moderation," and how that was the result of central banking strategies. But in retrospect, the great moderation was nothing more than a series of ever more energetic boom-bust cycles.

After World War II reset the world's economy and monetary system, central banking began to be applied with vigor and more and more countries created central banks. Many of these banks ended up under the umbrella of the Bank for International Settlements, "coordinating" their actions based on the implementation of various global banking policies.

But if one examines the arc of central banking from 1950 to the present what becomes clear is that the system gradually degraded. This is because, essentially, what policy makers and economists heralded as "recoveries" from "recessions" were nothing of the sort.

The "recoveries" were simply restimulations of an increasingly distorted economic mechanism. The distortions became bigger and bigger and thus, the crashes did, too – culminating in the crash of 2008, from which the world still hasn't recovered.

There is no reason why this dysfunctional business cycle system has afflicted Britain more powerfully than the US. In fact, it hasn't. Both countries are basically in the same bad shape.

Here's an analysis of the US's "recovery" by famous gold-oriented economist and investor James Turk, as reported by Kitco News:

Turk says that in 2014 people need to keep a close eye on these three factors: the Federal Reserve balance sheet, the 10-year T-bill rate and the gold-to-silver ratio. "I don't really see an economic recovery in the U.S.," Turk says. "I do expect a collapse of the American currency."

"Whether you see it this year or next year is not the relevance thing, it is whether or not you own enough physical metal to protect yourself when currencies do collapse."

The UK Telegraph does us a service by exposing the British recovery for the charade that it is. But the US "recovery" is no better, despite the Telegraph's optimism.

Such restimulations DO create asset bubbles, however. In retrospect, it was these asset bubbles throughout the latter half of the 20th century that the mainstream media hailed as "recoveries."

There were all sorts of conclusions drawn from such "recoveries" based on expanding stock markets and housing markets. But, again, in retrospect, these were not recoveries, just the predictable ephemera of swelling money stock.

The same thing is happening today. US markets, which will likely be "expanding" for months or years longer, are doing so because of the amount of money the Fed has pumped into the economy.

The US's recovery is really no better than Britain's. And if Britain's isn't real, neither is the US's.