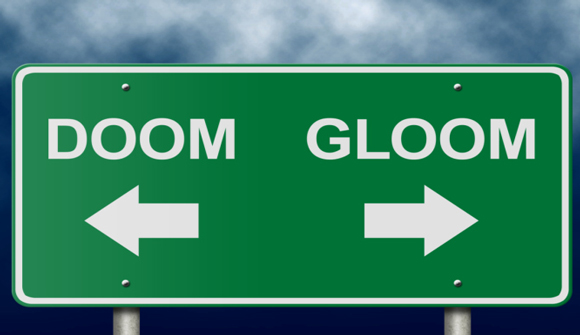 We Just Got Some Fantastic Economic News About Middle-Class Families … America’s long, slow, and frustrating economic recovery hit an important milestone last year, as middle-class incomes rose for the first time since the Great Recession. According to the latest annual analysis from the Census Bureau, real median household incomes jumped by a surprisingly strong 5.2 percent in 2015, which as the White House Council of Economic Advisers notes, is the fastest rate on record. The latest yearly increase occurred in 2007, before the housing bust and financial crisis put us all through an economic thresher. -Slate

Slate is ecstatic over the latest economic news, believing that the US is on the road to recovery. This is incorrect, though. The US and the world are on the way to the largest economic disaster ever faced.

The scourge of central banking has homogenized the world’s economies. This is not merely speculation. The world’s top banks meet regularly in Switzerland at the offices of the Bank for International Settlements

The BIS is supposed to “coordinate” the policies of major central banks.

If one steps back and looks at it dispassionately, wonderment ensues. Central banks are state mandated monopolies. They are kept in place by force.

And these monopolies meet regularly with the BIS for purposes of further coordination. Regional and national monopolies, in other words, are harmonized – monopolized – by the BIS.

The result of state monopolies is always the same. They lead to disaster. Since central banks are the most powerful economic entities in the world, the disaster, when it comes, will create a catastrophe unlike any other.

This is not just our perspective. No less a luminary than William White, a former top executive with the BIS, stated earlier this year that the world’s indebtedness was irreversible.  Nothing less than a global jubilee will suffice to right the global economy.

White didn’t blame central banking per se for the growing global insolvency, but he could have.

Those who set up the Fed certainly knew of its capacity for disaster. Back in the 1930, the Fed expanded its balance sheet by 300%, according to recent historical report provided by Gains, Pains and Capital. More:

On a relative basis, the Fed’s balance sheet grew from 5% of US GDP to 23% of GDP. This is an expansion relative to GDP is IDENTICAL to that which the Fed has accomplished since 2008.

And the outcome is looking to be the same. In 1933, CPI began erupting higher. By 1937, CPI was 3.6%. The Fed was forced to hike rates to halt inflation, kicking the weak US economy in the teeth and triggering a particularly nasty recession.

Please put aside all the blather about recovery and central bank good intentions. Central banks are weapons of mass economic destruction and, even worse, this is exactly what they are intended to be.

Nobody needs to sit down to tell this to Janet Yellen. She may well believe she is operating an entity that does the best job it can to increase US consumer solvency.

But those who created central banking (and the BIS as well) meant for central banks to give the appearance of beneficence while triggering ruinous realities.

To put it another way, 2015 may go down as the inflection point when the recovery started to meaningfully filter down to typical American families.

Economists and journalists have been wondering for years when middle-income households would finally see a reasonable raise as incomes lingered in their post-crisis ditch.

But last year, they were up across almost all age groups (there was no significant change for 15- to 25-year-olds), races, and income bands.

This analysis would seem to include the entire US economy but Slate is still not taking a broad enough perspective. The Daily Coin provides a much more profound perspective in a recent article entitled, “Replacing The U.S. Dollar with an SDR Note Remains the Overriding Vision.”

In an article The Daily Coin published we clearly stated the [recent G20] meetings that would take place on the “sidelines” would be where the real meetings would determine the next step(s) in the, currently, unfolding monetary shift.

The Federal Reserve Note, U.S. dollar, is now on the chopping block of history. While the axe has not been lowered it is certainly being sharpened. China has made it clear there is going to be a change and “the United States had to go along with the Chinese because they hold a large portion of the U.S. government debt.”

This is the reality of the US economy, then: the US dollar is losing its status as the world’s sole reserve currency.

One can speculate from this that there will be, sooner or later, significant price inflation as the dollar weakens.

Additionally, of course we have massive amounts of dollars that have yet to find their way back to the US.

Finally, it is perfectly possible that China could unleash some of its dollar reserves as a warning.

It is fashionable to say theories about monetary supply and demand are misguided, but that has never been our perspective. Just as in the 1970s, we are entering a more severe stagflation – as Greenspan has predicted – that will inevitably result in high prices and higher rates.

The trouble is that sovereign, industrial and consumer debt are so high these days that higher rates will not create solvency. They likely will create a collapse.

And this is the “end game”  – the desired finality. With the world prostrate and its remnants of liquidity frozen, banking elites will swoop in with the final – global – solution.

Conclusion: The reality here, if you take a step back, is that the US is not “recovering” or not for long. The elements of a worldwide collapse have been painstakingly fitted together. All that is needed now is a trigger.