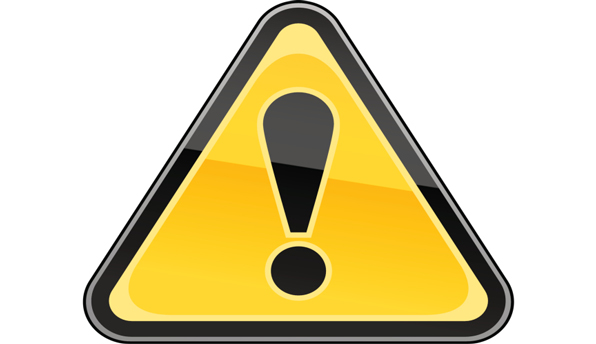 IRS lost emails by official in tea party probe … The Internal Revenue Service said Friday it has lost a trove of emails to and from a central figure in the agency's tea party controversy, sparking outrage from congressional investigators who have been probing the agency for more than a year. The IRS told Congress Friday it cannot locate many of Lois Lerner's emails prior to 2011 because her computer crashed during the summer of that year. Lerner headed the IRS division that processed applications for tax-exempt status. – AP

Free-Market Analysis: This is a good example of the deteriorating level of US government behavior. It's disturbing because it seems to shows an escalating level of recklessness. We last wrote about this here:

When It Comes to Lawlessness in the US, Preparation Is the Essence of Foresight

That article was focused on the IRS sending a database containing confidential taxpayer information to the Federal Bureau of Investigation. But illegally sending a database to the FBI can possibly be explained away, illegal or not. Claiming that hundreds or thousands of recent emails have been "lost" beggars belief.

It provides us with a spectacle of an escalating contempt for constitutional constraints. We don't believe generally at this point that the facilities of large Western governments acknowledge "the rule of law," but it is alarming to see a major US agency willing to make the point so obviously.

In this era of FATCA and GATCA, when the US government in particular is demanding absolute financial transparency from its citizens, the stance of the IRS indicates a growing gap between what is expected of individuals and the accountability of governmental entities.

"The fact that I am just learning about this, over a year into the investigation, is completely unacceptable and now calls into question the credibility of the IRS' response to congressional inquiries," said Rep. Dave Camp, R-Mich., chairman of the House Ways and Means Committee.

… The Ways and Means Committee is one of three congressional committees investigating the IRS over its handling of tea party applications from 2010 to 2012. The Justice Department and the IRS inspector general are also investigating.

Congressional investigators have shown that IRS officials in Washington were closely involved in the handling of tea party applications, many of which languished for more than a year without action. But so far, they have not publicly produced evidence that anyone outside the agency directed the targeting or even knew about it.

If anyone outside the agency was involved, investigators were hoping for clues in Lerner's emails. The IRS said technicians went to great lengths trying to recover data from Lerner's computer in 2011. In emails provided by the IRS, technicians said they sent the computer to a forensic lab run by the agency's criminal investigations unit. But to no avail.

Camp's office said the missing emails are mainly ones to and from people outside the IRS, "such as the White House, Treasury, Department of Justice, FEC, or Democrat offices."

The IRS said in a statement that more than 250 IRS employees have been working to assist congressional investigations, spending nearly $10 million to produce more than 750,000 documents. Overall, the IRS said it is producing a total of 67,000 emails to and from Lerner, covering the period from 2009 to 2013.

These are some pretty big numbers. Why it has cost US$10 million to produce requisite emails is left unclear in the article, but presumably the IRS can justify it. What is less easy to justify is the position taken by the IRS that it has "lost" emails. Lerner's "computer crashing" shouldn't have an impact on locating what she sent. Those emails should reside on multiple facilities.

Sharyl Attkisson, an award winning CBS journalist who runs a surprisingly hard-hitting investigative website these days, has compiled a list of questions that the IRS should be asked. Here are five of the ten questions:

* Please provide a timeline of the crash and documentation covering when it was first discovered and by whom; when, how and by whom it was learned that materials were lost; the official documentation reporting the crash and federal data loss; documentation reflecting all attempts to recover the materials; and the remediation records documenting the fix. This material should include the names of all officials and technicians involved, as well as all internal communications about the matter.

* Please provide all documents and emails that refer to the crash from the time that it happened through the IRS' disclosure to Congress Friday that it had occurred.

* Please provide the documents that show the computer crash and lost data were appropriately reported to the required entities including any contractor servicing the IRS. If the incident was not reported, please explain why.

* Please provide a list summarizing what other data was irretrievably lost in the computer crash. If the loss involved any personal data, was the loss disclosed to those impacted? If not, why?

* Please provide documentation reflecting any security analyses done to assess the impact of the crash and lost materials. If such analyses were not performed, why not?

It goes on like that. Ms. Atkisson's unstated point is that it is extremely unlikely that such emails could easily have been "lost." The IRS, like all government agencies, is supposed to have protocols in place to ensure that such incidents do not occur.

But even without such protocols, it's hard to imagine the emails are not available somewhere. One wonders why Lerner's counterparties have not been identified, or have not come forward with information regarding their receipt of some of them.

The reality – though no one involved will directly or at least officially state it – is probably both tawdry and obvious: Top elements of the IRS likely conspired with political operatives at the Obama administration to investigate Tea Party organizations and to keep them from gaining certain tax benefits. It was part of a chilling effect intended to reduce opposition to Obama's reelection.

Perhaps there are other elements that are not so apparent at first glance. It is perfectly possible that this incident is intended at least to some degree to bring home the point that the IRS, like some other larger government facilities, is increasingly beyond "the law."

Modern governments are increasingly part of an obvious globalist enterprise. This is no "conspiracy theory" but a simple and realistic observation. It is an evolution that has been exposed by the Internet; such recklessness may be a way of "sending a message."

It may indeed be meant to intimidate, but it risks polarizing millions, even tens of millions, not previously aware of the evolving internationalism. This sort of cold contempt may have the effect of cowing citizens; it may also awaken them and generate defiance over time.

It's not good for civil society either way. While modern law has increasingly concealed lawlessness, the apparent determination of the IRS – and probably the FBI and other government facilities as well – to place themselves beyond the reach of official enforcement is an unsettling elaboration of what has gone before.

It also reminds us that global financial legislation such as FATCA and GATCA are meant to intimidate as well as to provide additional investigative tools. The modern Western state – whether in Europe or the US – is progressively more inclined to regard its citizenry as an impediment to the avowed goal of so many of the power elite … the goal of additional global facilities.

Seeing the evolution of these trends, citizens of the West especially must be giving increased thought to protecting themselves, their wealth and their loved ones from an increasingly adversarial sociopolitical and economic environment.