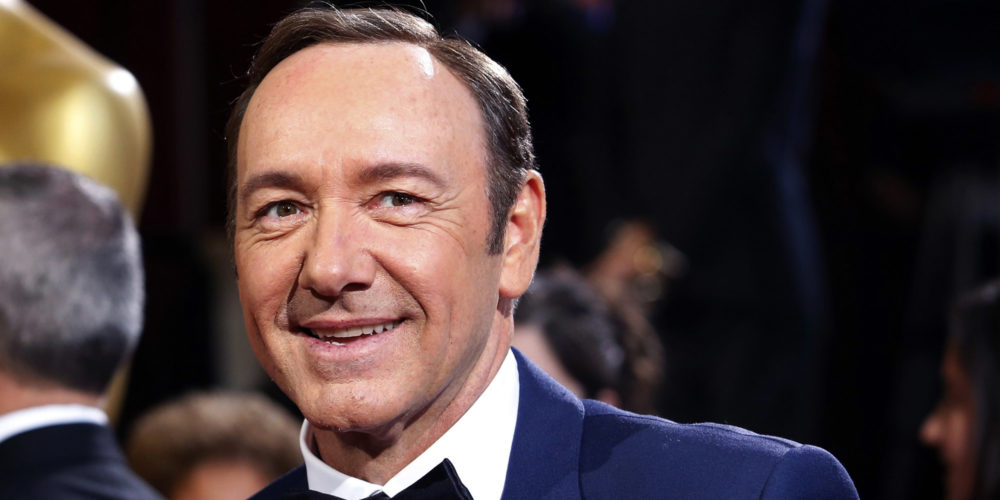 STAFF NEWS & ANALYSIS
There’s No Such Thing as Equality in Sexual Relationships
By Joe Jarvis - December 18, 2018

“A great man once said, everything is about sex. Except sex. Sex is about power.”

Now Spacey is one of the exiled Hollywood #MeToo offenders.

And rightfully so. If the accounts of his behavior are accurate, Kevin Spacey is a pretty big creep. He seems to have made a number of clearly unwanted sexual advances on young men and even young teens.

I think everyone agrees that there is a line when the power dynamic in sexual relationships becomes so far out of whack that it is hard to tell if the whole thing is truly consensual, or rather exploitative.

But isn’t where to draw that line always the problem?

I was reading a Hollywood Reporter article about Woody Allen’s sexual relationship with a 16-year-old girl back in the ’70s when he was 41.

The young woman was dining out at the same upscale restaurant as Allen. She was an aspiring model, dining out with a male acquaintance. When she came back from the bathroom, she dropped a note with her phone number on Woody Allen’s table.

Now, she still resists revising her own history to fit the norms of the times. She initiated contact. She was a voluntary and eager participant. And the relationship actually lasted 8 years, until she was 24 years old. Any past relationship will have some bitterness to it, but she still described it generally as formative and positive.

And then the Hollywood Reporter article throws in a line in parenthesis, “(Most experts would contend that such an uneven power dynamic is inherently exploitative.)”

I get it, here is a non-famous 16-year-old girl and a famous, rich, 41-year-old man. Clearly, the power dynamic is not equal. But inherently exploitative?

Wouldn’t that mean that any billionaire can only date other billionaires?

Or perhaps a supermodel is the one exploiting an ugly old suitor, with such an uneven attractiveness dynamic?

Wrapped up in this whole thing is the victim mentality. It’s really easy to view yourself as a victim in retrospect… To forget what you were feeling and thinking at the time. To assign only nefarious motives to the other, and only naive openness to yourself.

And honestly, that is pretty sexist and even agist outlook. So a 16-year-old bombshell doesn’t truly know what’s good for her? She couldn’t possibly be making a rational coherent decision? 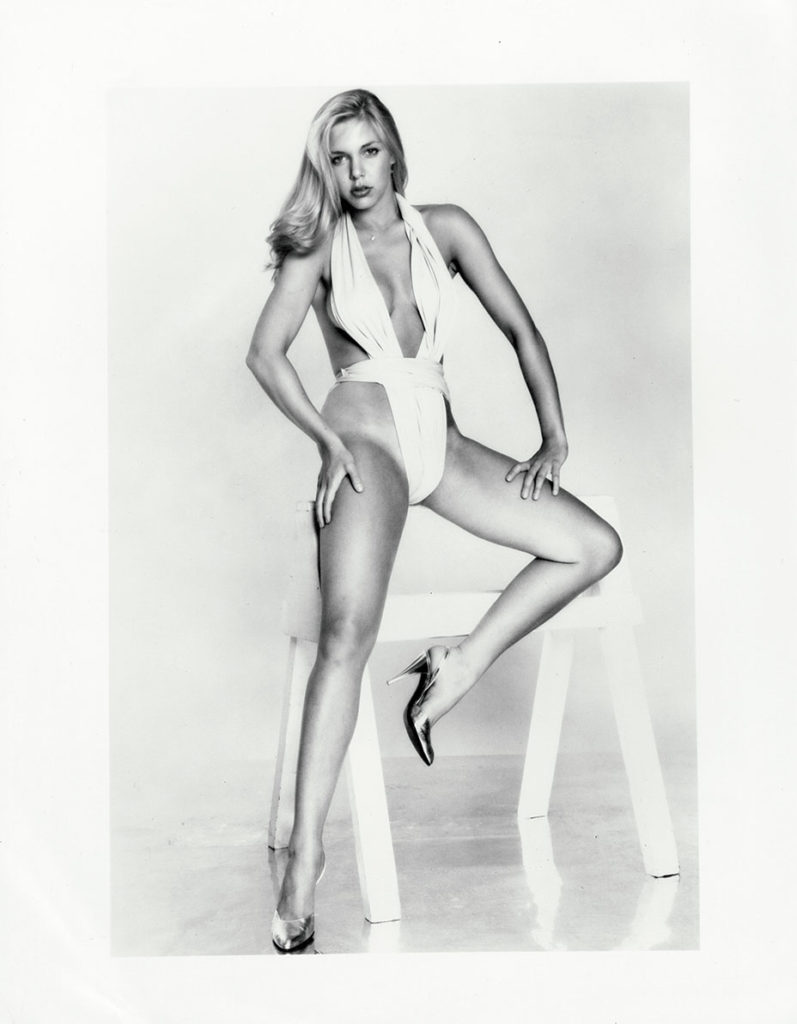 Christina Engelhardt at 17, picture included in the Hollywood Reporter

So this is where writing this article gets tricky in 2018 with the thought police patrolling. Am I allowed to acknowledge that the male-female relationship since the dawn of man has been inherently unequal?

That was Gavin Debecker in his book, The Gift of Fear: Survival Signals That Protect Us From Violence.

Men are a much greater physical threat to women than vice versa. And that is the part the #MeToo movement got right. A woman blocking the doorway, seductively smiling, and not allowing a man to pass is not the same as the exact reverse.

So are male-female relationships inherently exploitative?

Let’s take another step back and talk evolution. Both males and females have inbuilt desires and mechanisms to create offspring and pass their genes on.

But for men, there’s less incentive to stick around and help raise those kids. So, is the man exploiting a woman with the tendency to get her pregnant, and leave her high and dry carry his genes?

Or is a woman exploiting a man by somehow getting him, against his own individual selfish best interests, to protect and care for a woman and her children through pregnancy and child rearing?

I know the obvious answer, the one we are all supposed to believe in 2018. But I don’t know the “truth,” and I don’t think anyone else does.

Because the truth is that every situation is different. You really can’t paint sexual relationships with a broad brush and say, all of these are inherently exploitative, and all of these are fine.

It gets even more complicated when it comes to young ages like 16.

Most people agree this is right on the edge of adulthood. Some US states set the age of consent at 16, others 18, and a few–like New York where Woody met this teen girl–17.

But again, it is wrong to assume that all teenagers are incompetent, naive, and being taken advantage of. Yes, the curve on the graph will trend that way, since inherently younger people have less life experience.

I’ve written extensively about the competence of teenagers. For over a century western society has been extending childhood and creating adolescence. This has caused the “teenage angst” people now see as inherent in all teenagers. In reality, it is a response to being restricted, a backlash against authoritarian rule.

Because everyone is unique, it is impossible to draw a line where true adulthood starts. And that is why competence should be the standard for gaining adult rights and responsibilities, versus arbitrary ages.

Just for the record, I find both Woody Allen and Kevin Spacey creepy and have no personal interest in defending either one.

But guess what, what makes me uncomfortable should not be codified into a rule, and forced on all of society.

And that is why each situation should be viewed in light of those particular circumstances.

So a 16-year-old drops her number on the table with a note that says, “Since you’ve signed enough autographs, here’s mine!”

That seems like a pretty good indication that she initiated the relationship and had made a rational decision to try to seduce a famous person.

Again, there is no such thing as an equal footing. At what age or level of success would it have been appropriate for Woody Allen to pursue a woman who dropped her number on his table?

What about education level? Is a Ph. D allowed to date a high school drop out?

Is a world traveler exploiting someone who has never left their hometown?

Can a body-builder ever have consensual sex with someone so physically weak in comparison?

If you live in a $5 million penthouse, is it inherently exploitative to invite anyone making less than $200,000 a year back for a drink?

These are all just degrees of the same unequal power dynamic.

A starstruck 18-year-old young man on vacation with his family meets Kevin Spacey at a bar. He is surprised by how friendly Spacey is, and lets the star buy him drinks. Suddenly, Spacey thrusts his hand down the teen’s pants and gropes him.

That is clearly sexual assault.

The age and sex don’t matter. The fame came into play in order to get close to the teen… would he have accepted drinks from any random 50-something-year-old man?

But the crime was shoving his hand down an unwilling man’s pants. Not being famous, not being rich, not being old, and not–in my opinion though the law begs to differ–buying the teen drinks.

In ancient Greece, it was common custom for men in their twenties or thirties to court young teenagers going through puberty, from about 12-17 years old.

The teens would play hard to get to make sure the older men didn’t just want sex. They were relying on the older men to be a mentor and protector… To teach the teen about life, politics, work, and what it means to be a man.

This was seen as a highly beneficial–even crucial–relationship for the young man, not exploitative at all. In fact, many parents worried that no older male suitor would be interested in their son. And there would go his chances of raising to prominent heights in Greek society.

The relationship would generally last until the teen grew a certain amount of body hair. And after that, he was a man, and the coming of age relationship ended.

Clearly, this type of relationship would appall most normal people today. And there is no reason to think it should be acceptable today.

There is also no reason to revise history and consider something shameful based entirely on the standards and practices of the current day.

Things change through history. And each situation is unique.

My whole point is not to finally set down the gospel about where the line is, and how different a power dynamic should be allowed.

My point is that when it comes to sex and power dynamics in relationships, there is no such thing as equality. No one is equal in everything: wealth, brain power, age, education level, sex, fame, talents, athleticism.

And anything could be used as the basis to claim that a relationship was exploitative.

To not cloud things, let’s allow people their own agency. Let’s not write-off their own actions by saying they were too young, too poor, too weak or whatever to be responsible for certain choices.

Are some relationships exploitative? Of course!

But there’s no set formula for determining when a power dynamic is “inherently exploitative.” That largely depends on the individuals, the culture, the place, the time, and the way it all happened.

And on the flipside, let’s listen to the people who allege they have been victimized, regardless of age, or perceived power dynamic.