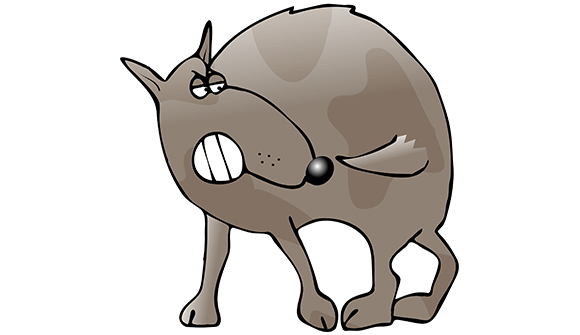 Dominant Social Theme: We have it under control. We're just consulting even though we don't need to.

Free-Market Analysis: In a previous article on this subject, we pointed out that central bankers generally (and the Fed in particular) had no idea of how to remove money from the financial system. This Bloomberg article just reconfirms the point.

In a recent article on these pages, uber hard-money investment advisor Peter Schiff made the same point in a different way. He wrote that the Fed would keep stimulating even though its rhetoric was all about tightening. He wrote:

It's fascinating how the goal posts have moved quickly on the Fed's playing field. Months ago the conversation focused on the "exit strategy" it would use to unwind the trillions of bonds and mortgages that it had accumulated over the last few years. Despite apparent improvements in the economy, those discussions have given way to the more modest expectations for the "tapering" of QE. I believe that we should really be expecting a "tapering" of the tapering conversations.

I expect that the Fed will continue to pantomime that an Exit Strategy is preparing for a grand entrance, even as their timeline and decision criteria become ever more ambiguous. The Fed's next big announcement will likely be to increase, not diminish QE. After all, Bernanke made clear in his press conference that if the economy does not perform up to his expectations, he will simply do more of what has already failed.

Of course, when the Fed is forced to make this concession, it should be obvious to a critical mass that the recovery is a sham. Investors will realize that yeas of QE have only exacerbated the problems it was meant to solve. When the grim reality of QE infinity sets in, the dollar will tank, gold will soar and the real crash will finally be upon us. Buckle up.

To some degree this is probably true, though it is very possible at some point that price inflation becomes unmanageable and the Fed along with other central banks will have to tighten … and hard. Volcker did it and nearly broke the banking system and that was when the sums of money were probably in the hundreds of billions rather than tens of trillions.

This is why we pointed out not long ago that they "don't know what to do." There is evidence for price inflation, but even a mere murmur about reducing the size of the punchbowl causes an incipient market collapse.

And if the market collapses – and liquidity is all that is supporting it, obviously – then the one area where central bank policy has been "a success" will be removed. This Bloomberg article shows quite clearly that such a scenario is top of mind. Here's more:

New York Fed President William C. Dudley, who has a permanent vote on the panel, said on June 23 the Fed has been too optimistic about the economy in the past. The Fed officials' comments highlight the challenges they confront while seeking to lay out a strategy for curtailing the asset purchases that have pushed the Fed's balance sheet to a record $3.47 trillion.

The Standard & Poor's 500 Index has fallen 4.8 percent since June 18, the day before Bernanke said the Fed could start reducing $85 billion in monthly bond purchases this fall and end them in the middle of next year if the economy meets the Fed's forecasts.

Kocherlakota and Fisher dissented against two decisions by the FOMC in 2011, opposing actions to add stimulus. In September 2012, Kocherlakota announced in a speech that his views had changed, citing low inflation and research that suggested high unemployment was driven by economic weakness and not structural changes in the labor market. Fisher has remained among the most vocal critics of the Fed's record accommodation.

Obviously, there is dissension in the House of Fed. We are supposed to believe this is normal, by the way. Different policymakers can disagree on remedies.

The trouble is, of course, there shouldn't be policymakers to begin with. There should be a marketplace of money that sets its price, not a few good, gray men mumbling in a room.

One way that money used to work was via the Invisible Hand that moderated the volume and price of money by responding to economic demand. Gold and silver were often used as money stuff, and the system worked fairly well, or at least better probably than the current one.

These days, bankers and economists sit around watching backward-looking indices while trying to peg money volumes and rates going forward.

It is an entirely impossible process but you won't read about that in the mainstream press. They're too busy relating the views of those in charge to take the time to explain that those same views will inevitably be incorrect.

Once again, as the next disaster unfolds, central banking will be exposed for the nonsensical process that it is. One wonders how much misery people will tolerate and how long they will put up with it.