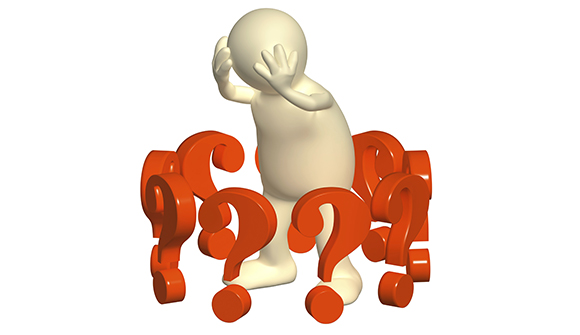 Time to sober up as America and China remove punch bowl … The US Federal Reserve has refused to blink. The Chinese central bank has refused to blink. The authorities in the world's two biggest economies appear determined to strike a blow against moral hazard and clear the froth in asset markets, at least until this exhibition of virtue blows up in their faces. The term "Perfect Storm" is banned by the Telegraph as a lamentable cliché, so let us just say that this is the moment we long been fearing or waiting for – depending on taste – when markets are no longer given what they want. The Bernanke Put has become the Bernanke Call. The Politburo Put has become the Politburo Call. Rather than putting a floor under asset markets whenever there is trouble, they are instead putting a roof on asset price rises. – UK Telegraph

Free-Market Analysis: For years, we've pointed out that central bankers can print money but they don't know what to do when it comes to removing money from the economy.

Even assuming that most Federal Reserve notes (dollars) are still trapped in bank (Fed) coffers, there is obviously enough activity and monetary velocity to alarm the Fed. This means one of two things.

And they have no idea which. That's because they have no indicators that can tell them. As Alan Greenspan confirmed long ago when he was heading up the Fed, nothing serves as a forward-looking signal. Everything you can respond to can only be sighted in the proverbial rear-view mirror.

So whatever the Fed and other central banks are responding to are signals that have already taken place. Alternatively, they are "worried" and have a "sense" that all may not be well.

Ya' think? After some US$50 trillion all told in "stimulus" over a five year period? (And they're certainly not telling the truth about how much has REALLY been dumped into the economy, or at least printed.) That works out to something like US$10 trillion a year busily printed by central banks around the world.

Don't ask for documentary proof. There is none, any more than Bernanke (et al.) can prove that the numbers HE works with are in any sense real. They're not. It's all made up.

Central banking is a business driven purposefully by emotion and clichés. "Take the punch bowl away," is a big one. "Plan for a soft landing," is another.

But this article points out what many, including us, in the alternative press have been explaining for years. Once the money is in the system it's almost impossible to get it out, short of causing a further recession/depression.

Tall Paul Volcker did it once in the early 1980s and nearly crashed the world's economy. And that was with a monetary volume that is probably only ten percent of what Bernanke has to deal with now.

Is it even possible? Here's more from the article:

The Fed had a chance to back away after observing the violent effects of QE taper fire-drill on half the world over the last month. It declined to do so. My guess is that Bernanke does not entirely believe what he said yesterday, but has capitulated to Fed hawks, to the Federal Advisory Council, to the BIS, and to a chorus of QE critics.

And perhaps he really has swallowed the line by Mishkin et al that the Fed itself risks blowing up unless its extricates itself from QE by 2014. Let me point out that the Fed has already "tightened" prematurely three times in the last five years, coming to regret its haste within three months on each occasion.

It talked up the yield curve by 50 basis points in the late Spring of 2008 even though the money supply – which Bernanke does not look at – was clearly buckling. This led to the Fannie, Freddie, AIG, Lehman disaster that Autumn. (Don't tell it would have happened anyway whatever Fed did. That is rot).

It threatened to take away the punch bowl after QE1 and again after QE2, only to double-down later. It has persistently misread the difficulty of achieving economic "escape velocity." As for the PBOC in Beijing, we are seeing a cold-eyed refusal to intervene with liquidity to stabilise the interbank lending market, where Shibor rates have surged to record highs. It seems they really do wish to flush out the excesses in the shadow banking system.

They view the rampant credit growth after the Lehman crash as a mistake, as indeed it was, and are furious that banks have evaded property lending curbs by going off books. Credit has grown to 200pc of GDP, up 75 points in less than five years. Fitch says total credit has jumped from $9 trillion to $23 trillion, adding the equivalent of the entire US commercial banking system in five years.

It no longer buttering many turnips. The efficiency of credit – the extra GDP added by each extra yuan of loans – has fallen from a ratio of 0.85 to 0.15. At this point it risks becoming a pure Ponzi scheme, as SocGen's Wei Yao calls it. So yes, the Chinese are right to be tough, but that does not mean they can easily control the denouement.

Yes, a synergy of nastiness. This article has it right, generally, except for the observation that the Chinese are determined to pop the bubble they've built over the past decades. News reports overnight claim the ChiComs have already backed away from significant tightening.

But the larger issue remains, and it is probably the reason that Bernanke is leaving as fast as he can. The powers-that-be that have foisted this wretched system on everyone else don't want him around answering questions when it commences to collapse.

Better to have him out of the way so he can be blamed by the next sacrificial central banking lamb. They come and they go! When Alan Greenspan left, he was reportedly asking US$1 million an hour for his time. Bet he doesn't get that now.

Bernanke's reputation, such as it is, is not nearly so solid as Greenspan's was. We've read that Bernanke is contemplating a job in Israel. Presumably, he's trying to get as far away as possible from the destruction he's wrought.

Bernanke's "genius" was to print enough money to puff up a collapsed system. But now there is too much money in the system and those who run these schemes are faced with the price inflation and higher interest rates or slower growth undermining any velocity the faux-economy has achieved.

It's a bad choice and one that will take a great deal of delicate maneuvering. Given that these good, gray men have absolutely no idea what they're doing, we're not especially sanguine about the outcome.

In fact, we'll go a step further and note that the system is SET UP to create these kinds of crises – for reasons we and others in the alternative media have explained for years. Living under a regime of price fixing is truly a lousy way to exist.