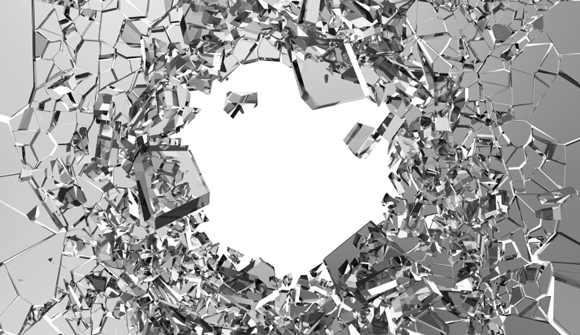 Fed policymakers downplay divisions on U.S. rate hike … Federal Reserve policymakers are not as divided as it may appear and are generally operating under the same framework for determining when to raise interest rates, one Fed official said on Thursday, while another said the differences of opinion reflect the countervailing economic data. Many Fed watchers are exasperated by the mixed messages from the U.S. central bank in recent weeks. Fed Chair Janet Yellen and other officials have said they expect a rate hike will be needed by the end of this year, but two Fed governors this week urged caution. – Reuters

Dominant Social Theme: Everything is OK. Janet Yellen is OK. The Fed is OK. Inflation is OK. The data is OK. It's OK, man!

Free-Market Analysis: But maybe it's not … Of course the mainstream media – as represented above by Reuters – is going to emphasize the normalcy of the process. There should be no doubt that the Federal Reserve has weathered worse crises and as soon as the numbers prove out one way or another, Fed officials will figure out the next move.

On the other hand, maybe, just maybe, we are seeing the final days of the Fed as a credible institution. Often in autocratic societies, power centers become dysfunctional long before they are retired or crumble into dust and blow away. This is part of how a society dies – when the people abandon the institutions in which they are supposed to believe.

So the Fed's quandary is a serious one. Nobody is going to shut the place down, certainly not right away, but once credibility has leaked away what's left? Big buildings, gilt furniture … and a dying mythology that adherents have abandoned.

This is the Fed's REAL danger. Its painfully-won credibility – the product of a vast, intergenerational campaign of intimidation, bribery and misinformation – is beginning to crumble in earnest. It is harder and harder to insist with any seriousness that a few good, gray men in expensive surroundings can figure out the direction and value of money for a US$15 trillion economy.

They will keep insisting, of course. Mainstream mouthpieces like Reuters will quote higher-up Fed officials with the seriousness one associates with oracular statements from the Pantheon of the Gods. See here:

New York Fed President William Dudley, who repeated his view that a rate hike was likely by year's end … downplayed the differences that existed among officials. "At the end of the day people are exaggerating" the divisions, Dudley said in response to a question after a panel presentation in Washington on Thursday. "We are all pretty much on the same page."

In fact, Dudley can't seem to keep track of his own statements. CNBC recently featured an article with the headline, "Fed's Dudley: The economy may be slowing." The article quoted Dudley as admitting that recent data suggest the economy is slowing – and certainly this conclusion would lead one to surmise that rate hikes are off the table, at least for this year.

The same article mentioned a Fed report claiming that US labor markets were "tightening." One wonders if the data was collected before or after Walmart announced hundreds of layoffs at its Arkansas headquarters.

Perhaps iconoclastic, libertarian trend-follower Gerald Celente has a more accurate perspective on the Fed. In an article posted at LewRockwell.com and entitled, "Is the Fed Lying, or Not Telling The Truth?" Celente points out that the "expectation on the Street, based on the Fed's bullish growth, inflation and equity market forecasts, was for the first round of interest rate hikes to begin by mid 2015."

He then goes on to observe, "The Fed was wrong. The Street was wrong."

And Celente does us the favor of unwrapping what just happened in mid-September when the Fed blinked once again.

Faced with plunging commodity prices, plummeting currencies, battered equity markets and a global deflationary cycle, the FOMC, concerned that China's economy was slowing and the global economy risked falling into recession, did not raise interest rates.

But just one week later the story changed. The reason not to raise rates was no longer the reason. Instead, a rate hike was on the near horizon.

Fed Chairwoman Janet Yellen, speaking at the University of Massachusetts, signaled that the Fed may raise rates before year's end, because inflation was set to rise and the Fed "is monitoring developments abroad, but we do not anticipate the effects of these recent developments to have a significant effect."

It doesn't end here. On October 8, FOMC minutes were released and showed clearly that the committee was "deeply concerned" over volatile market indexes. "Over the intermeeting period, the concerns about global economic growth and turbulence in financial markets led to greater uncertainty among market participants about the likely timing of the start of normalization of the stance of U.S. monetary policy," the minutes stated.

Celente has encapsulated the credibility problem that the Fed faces. Central bank officials were quite certain that rates would be raised in 2015. But the year is almost over and the Fed hasn't acted. When rates remained static, after the September meeting, Fed officials let it be known that the Chinese market meltdown had stayed their hands.

A week later, Yellen was once more stating that a rate hike loomed. Meanwhile, FOMC minutes explain that the prospect of a rate hike spooked officials who anticipated that even a minuscule hike could lead to considerable market "turbulence."

After summarizing all this, Gerald Celente writes the following:

Is the Fed afraid to do anything considering the possible implications of raising rates at a time of "concerns about global economic growth and turbulence in financial markets," thus the mixed messages? Or is this just another round of Fed ineptness?

Celente then answers his questions by suggesting that Fed officials really do not know what to do. And perhaps due to this miasma of doubt, Celente is sticking to his forecast for a "major equity market correction by year's end."

Our conclusion would be a bit broader than Gerald Celente's. Regardless of what the Fed does or doesn't do, and regardless of the reasons for it, the ineptness that the Fed is showing is incredibly damaging to the institution. Policymakers are giving virtually contradictory statements and as Celente has shown us, even the justifications for Fed actions change from week to week.

Recently we wrote the Fed's dithering may be purposeful. The idea is to act paralyzed while the market sells off piecemeal, allowing the Fed eventually to raise rates without a market "event." But even this speculation doesn't take the Fed off the proverbial hook. People are going to be angry regardless, as this upcoming recession – really a continuation of the 2008-2009 slump – is simply too much to bear.

The dotcom disaster of 2001, the subprime bubble that ate the world's economy only seven years later and now a further looming "recession" that comes on the heels of a Great Recession that never dissipated is a concatenation of disasters that will undermine the Fed in ways that the enemies of central banks have never been able to do in the modern era.

People don't necessarily believe what they read, but they do trust their own eyes, ears and bellies. Whether the Fed hikes or doesn't hike at this point is almost immaterial. The plot itself has been mislaid and the ramifications will haunt the Fed as its reputation unravels.

This is serious business. Without speculating on the "whys," one can certainly anticipate that a crisis of confidence in the monetary system will create uncertainty about the dollar and about the sustainability of Western economies generally.

This is not to say that markets will inevitably crack asunder. There may be several more boom years as central banks do everything they can to raise the averages and sustain the appearance of prosperity. But at some point, a creeping crisis of confidence will begin to destroy what's left of middle-class wealth and prosperity in ways central bankers can't counteract because they will be seen as primary instigators of the problem.

It is for this reason among others that we are increasingly emphasizing what we call "lifestyle insurance" – the idea of creating alternatives to one's primary lifestyle. Second homes and passports, alternative methods of money storage, purchases of physical gold and silver, and all elements that one wants to consider in these challenging times.

Don't know where to turn to investigate these alternatives? Subscribe to The Daily Bell Newswire and ensure you're dialed in to receive investor alerts that share these and other great asset-protection and wealth-accumulation ideas.