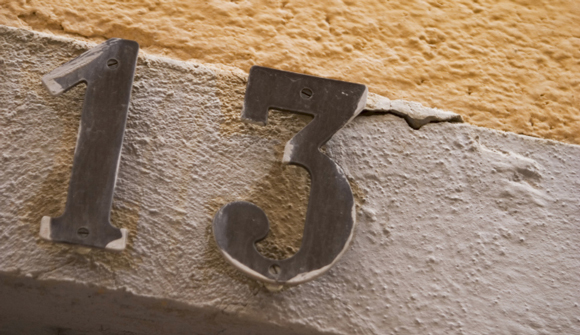 Colin Powell, then US Secretary of State and the most credible person in George W. Bush's cabinet, made the case for war in Iraq on February 5, 2003.

As a young military intelligence officer at the time, watching from a makeshift Army base in Kuwait not far from the Iraq border.

Back then I was a true believer, trusting that the government was a force for good "making the world safe for democracy. . ."

But that night it all changed.

Powell told the world unequivocally that Iraq had weapons of mass destruction, an assertion that history has proven categorically wrong.

But within the intelligence community, many people knew the appalling truth immediately.

That night it became clear to me that the government was lying and that the whole case for war was being fabricated.

It was crushing, like finding out everything I'd been told throughout my life was total bullshit.

So for the first time, I broke out of the spell and began questioning. Everything.

I started learning about the extraordinary political power of the military industrial complex that President Eisenhower warned about.

That led me to the fraud of many previous wars going as far as the Mexican War in 1845, one deeply criticized by Abraham Lincoln himself.

That led me to the Constitution, to which all military officers swear an oath to support and defend…

… and it surely didn't seem like supporting or defending the Constitution in waging an ill-conceived, illegal war.

Needless to say I couldn't talk to my professional colleagues. Everyone was so gung-ho, I felt like an outcast.

While I was away the country had noticeably turned into a police state.

Yet people seemed oblivious to the change, drinking in the propaganda like a spiked punch bowl.

All the loud, bombastic nonsense and pledges of allegiance were merely illusions masking modern day serfdom.

It was the summer of 2004. I remember hearing on TV that the Libertarian Party's national convention was starting in Atlanta.

I immediately hopped in the car hoping to find some sympathetic minds.

And at the convention I did meet some wonderful, freedom-minded people.

But the event was an unproductive circus, something like a cross between a high school pep rally and a Star Trek convention.

People in costume ran up and down the aisles chanting for their favorite candidate and getting into impromptu debates about the Constitution and Ayn Rand.

As nice and intelligent as everyone was, it felt like a giant freedom pity party.

I didn't just want to complain. I wanted to fix it. I wanted to do something about it. And solutions were sorely lacking.

So I started educating myself more.

I dove into the federal balance sheet. I learned about the petrodollar and the debt.

That led me to the complete scam of central banking, fiat currency, and the fractional reserve system.

I realized that the political and banking elite have given us more war, instability, and epic financial crises.

They've turned Western civilization into a giant police state. And they've managed to brainwash the great masses so effectively that the people are crying out for more.

And after this emotional, gut-wrenching awakening, I spent years traveling to more than 100 countries looking for freedom and opportunity.

Eventually I learned that education, prudent planning, and global thinking can rebuild much of our stolen liberty.

Freedom is in decline. Governments are bankrupt. Central banks are borderline insolvent.

The financial system is in a precarious condition barely held together by a patchwork of negative interest rates, currency manipulation, and misguided confidence.

We award our most esteemed prizes for intellectual achievement to phony scientists who tell us to spend our way into prosperity and borrow our way out of debt.

We give absolute power to control the money supply (and hence manipulate the price of nearly everything) to unelected bureaucrats who have a track record of failure.

Yet we call ourselves 'free.'

It's complete madness. And it gets crazier with each passing month.

But history shows that in any episode of great turmoil, there are always winners and losers.

I learned that by taking some basic, sensible steps, it's possible to drastically eliminate my exposure to the risks and avoid being a loser.

So no matter what happens or how crazy things get, I know I'll be OK.

For years I've called this my "Plan B."

I know I won't be worse off for being able to grow my own organic food, holding some savings in a well-capitalized bank outside of my home government's jurisdiction, or keeping some physical gold and cash.

Having another passport gives me more freedom to live, work, and travel.

Legally reducing my tax burden helps me vote my conscience with my dollars and put my money where my mouth is.

I've learned that all of these steps make sense no matter what happens. Or doesn't happen.

But should the negative trend in freedom and global finance get worse, I know I'll be OK.

This confidence has allowed me to focus on all the incredible opportunities I've seen.

Institutions that have existed for centuries are now being disrupted by digital technology.

Banking as we know it, for example, is finished thanks to digital technology.

The digital age is even changing the way we organize ourselves as a society.

Geography no longer matters, and nearly everything is global.

A billion people are rising into the middle class in Asia and Africa. Countries are emerging from war and isolation. Wealth and power are shifting.

So as crazy as things are, I think this is an incredibly exciting time to be alive.

I'm grateful to be active in a time that future scholars will likely regard as one of the most tumultuous and revolutionary in history.

And I'm grateful for having started the philosophical journey that began thirteen years ago today.

PS: In the coming weeks I'll be holding a free webcast to explain more about my own Plan B strategy with a lot of actionable insight into how you can create your own.

Right now the webcast is free to join, and you can sign up to listen in here.