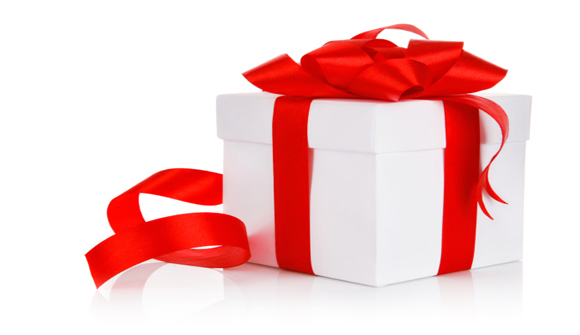 STAFF NEWS & ANALYSIS
This free gift from the government is going to expire in a few years
By Simon Black - February 18, 2021

In the early first century AD, in the final years of his reign, the Roman emperor Augustus imposed a new tax on his subjects called the vicesima hereditatium.

In Latin this means literally “twentieth of inheritance”, and in effect it was a 5% tax (i.e. 1/20th) on money and property that was inherited after someone died.

Augustus exempted close relatives from paying the tax– so someone’s children, for example, didn’t have to pay. But everyone else had to fork over a piece of the action to the Roman state.

Subsequent Roman emperors modified the law; Trajan, a second century AD emperor, created a ‘floor’ for the tax, so that anyone who inherited below a minimum amount wouldn’t have to pay.

And, as you can imagine, the tax rate rose over time.

Rome wasn’t the first civilization to come up with an estate or inheritance tax; there’s evidence going all the way back to ancient Egypt that the Pharoahs taxed the property of the dead.

And these days, estate and inheritance taxes remain a perennial favorite of bankrupt governments who are in need of cash.

After all, the political consequences are minimal: dead people don’t cast ballots (unless they’re voting for Joe Biden.)

But like all taxes, there are always ways around it.

There are steps you can take, for example, to dramatically reduce your income tax (i.e. the taxes you pay when you earn). You can maximize tax efficient retirement contributions, move to a lower tax state, take advantage of Puerto Rico’s extraordinary tax incentives, etc.

You can take steps to reduce taxes when you save– for example, establishing a robust retirement account like a solo 401(k), or a foreign structure like a Maltese pension plan.

Similarly, you can take completely legal steps to ensure the government doesn’t confiscate your assets once you’ve passed away.

And frankly now is the best time to think about doing this if you’re in the Land of the Free.

This isn’t just for older people. In fact, thinking about estate tax is especially true right now IF YOU’RE YOUNG!

Just like the Roman Empire under Emperor Trajan, the US federal government has a wealth limit, below which your ‘estate’ is not subject to any tax after you pass away.

But those limits vary from year to year.

That’s because the estate tax exemption back in 2001 was just $675,000. And the net value of your estate over that amount was taxed at a whopping 55%.

Over time, the exemption went up. And after the tax reform of 2017, the estate tax exemption is now $11.7 million per person, $23.4 million per couple.

Let’s be honest: that’s a lot of money. And most people will think, “Big deal, I’m worth less than $23.4 million, so I don’t even need to think about estate tax.”

But just remember that the $23.4 million exemption is set to expire in 2026, at which point the exemption drops back down to $6 million per person.

Again, though, you might think, “But I’m worth less than $6 million, so I still don’t need to think about estate tax.”

But consider the following:

A) The Bolsheviks who have invaded the media and political establishments LOVE the idea of taxing dead people.

And as the US national debt continues to rise, and the Bolsheviks continue spending unbelievable amounts of money on everything from the Green New Deal to Universal Basic Income (aka ‘Covid Relief’ in disguise), they’re going to need more funding sources.

So it’s totally possible they could whip the estate tax exemption back down to a MUCH lower level.

B) States also have estate and inheritance taxes

Even if the federal exemption level doesn’t change, bear in mind that states have different limits and taxes too.

For example, Rhode Island’s estate tax exemption is much lower– around $1.5 million. Washington state’s estate tax maxes out at 20%, and Nebraska’s top inheritance tax rate is 18%.

C) This matters even more if you’re young.

If you’re a broke 20 year old, you might think that making a few million bucks sounds impossible. Don’t underestimate yourself. Life is long and full of opportunity. And as crazy as the world is, talented people of integrity will always be able to create value and build wealth.

I know it’s a difficult exercise when you’re young, but if you think 70+ years down the road, you could easily find yourself having achieved far more financial success than the estate tax exemption.

So taking steps now while the exemption is high makes a lot of sense.

And that’s the entire point: right now the exemption is far greater than most people’s level of wealth, which makes it a golden opportunity to think about estate planning.

For example, setting up a properly structured domestic trust is a great option to consider.

Through a trust, you could still essentially retain control over your assets, but move them out of your taxable estate forever.

Here’s an example: Imagine you’re starting a new business. On day 1, your business is essentially worthless. So you set up a perpetual, revocable trust in a South Dakota and move, say, 40% of the shares into your trust.

In time, your business becomes successful and ultimately worth $15 million.

Depending on what the exemption level is at that time, hopefully many decades from now, you may or may not owe estate tax.

But the 40% of the shares that your trust holds, worth $6 million, is completely free of estate tax, presuming the trust is properly structured.

This is one way to shield at least a portion of your assets from estate tax.

It makes sense to consider moving appreciable assets into a trust. You might want to think twice before putting depreciating assets (like a car) into a trust.

But putting shares of a well-managed business, cryptocurrency, or real estate, into a trust, means that as those assets appreciate in value, ALL of it can be shielded from estate tax.

Again, even if you’re well below the exemption level, it makes sense to think about doing this. Because the Bolsheviks could decide tomorrow morning that they want to yank the exemption back down to a much lower level.

Right now, for most people, the current $23.4 million is enormous. They’ve given everyone the opportunity to move (in practical terms) virtually unlimited assets out of our taxable estates.

We know this opportunity is set to end in a few years. And they could change the rules and end this exemption much sooner than that.

So it really makes sense to think now about the future while the window of opportunity is wide open.