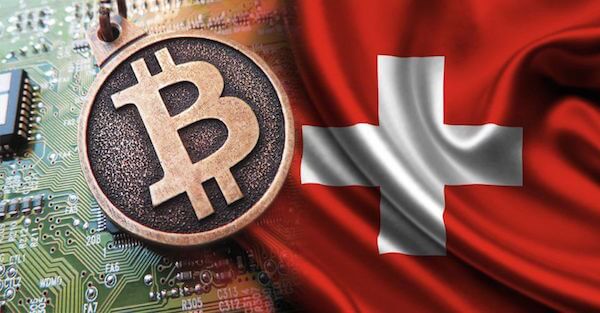 There’s a really unique investment company in Europe you ought to know about… because they are insanely profitable.

In fact, a few days ago the company announced that they expect to report an annual profit of $55 BILLION for 2017.

That’s more money than Apple makes… which makes this European group THE most profitable company in the world.

Its stock price has more than QUINTUPLED in the past three years, and nearly tripled in the last nine months.

Those are practically cryptocurrency returns. And it crushes the stock performance of Apple, Amazon, etc.

What’s even more impressive is that, while Apple and other highly profitable companies like Berkshire Hathaway, PetroChina, and JP Morgan Chase often have tens of thousands of employees or more, these guys only have around 800.

It’s an absolutely amazing business… But I haven’t even told you the best part yet.

They have a LEGAL monopoly on their product.

Literally ZERO other companies are allowed to compete with them. So they have a lock on the entire market. It’s extraordinary.

You might not be familiar with the company… but you’ve undoubtedly heard of its product.

And the company is Swiss National Bank (SNB), i.e. the central bank of Switzerland.

Yes, the Swiss National Bank is actually a publicly traded company, just like Apple or General Electric; it’s listed on the stock market in Switzerland under the ticker symbol SNBN.

And yes, the SNB really is the most profitable publicly-traded company in the world. The chairman of the bank expects they made $55 BILLION in 2017.

To put that number in context, $55 billion is equal to roughly 8% of the entire Swiss economy.

The equivalent amount in the United States would be $1.5 TRILLION. So, yeah, it’s a lot.

You might be wondering– how is it possible that a central bank made such a staggering sum of money?

Step 1: Obtain a monopoly on the currency.

Ensure that you, and you alone, have the authority to conjure as much money as you want out of thin air, and that everyone else in the country is required to use it.

Like most central banks, the Swiss National Bank ballooned its balance sheet after the financial crisis kicked off in 2008, growing its size EIGHT TIMES from roughly 100 billion francs to over 800 billion.

In other words, they conjured hundreds of billions of francs out of thin air– an amount that’s larger than the size of the entire Swiss economy.

Eventually the money they printed started circulating into the economy… and making its way into financial markets.

And as you can imagine, when an enormous tidal wave of cash starts flooding into stock or bond markets, asset prices tend to rise.

Just to make extra sure that businesses and individuals in Switzerland would actually spend the hundreds of billions of francs that had just been printed, the SNB adopted a NEGATIVE interest rate policy in 2015.

This meant that banks, corporations, and individuals all had to PAY in order to save their money.

So naturally people started parking their capital elsewhere. They started buying bonds. Stocks. Anything they could get their hands on that wouldn’t charge them interest.

This increase in demand continued to push up asset prices.

All the while, the SNB was buying up assets. Stocks. Bonds. They even own roughly $85 billion of US companies like Apple, Microsoft, Coca Cola, and Visa.

So, the more stock and bond prices rose, the more money the SNB made.

Essentially the SNB raked in ENORMOUS investment profits because they printed hundreds of billions of francs, which inflated the prices of assets that they themselves were buying.

And today, because of those artificial investment gains that they engineered for themselves, the SNB is now the most profitable company in the world.

Oh, and just so you know the other half of the story, while the central bank is raking in record profits, total debt in Switzerland has skyrocketed.

As an example, household debt in Switzerland as a percentage of GDP is now one of the highest in the world.

This is a testament to the absurdity of our modern day monetary system… a system in which unelected central banks are awarded dictatorial control of the money supply, and consequently enormous power over our lives.

With a monetary system like this, it’s easy to understand why there’s so much interest in decentralized cryptocurrencies…