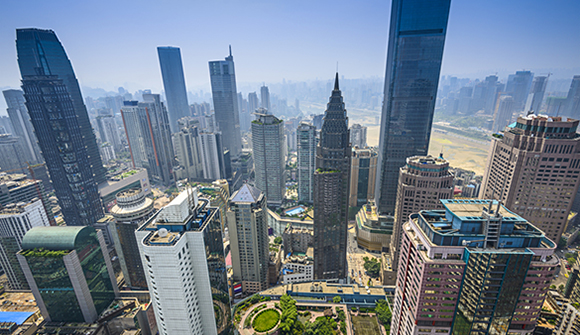 STAFF NEWS & ANALYSIS
This is one of history’s most accurate indicators of a looming financial crisis
By Simon Black - March 09, 2018

On April 15, 1185, over eight centuries ago, a powerful earthquake struck the East Midlands region of England near the town of Lincoln.

Modern scientists estimate the magnitude of the earthquake at 5.0 on today’s Richter scale… which was a pretty big deal back then.

Medieval England didn’t have any earthquake-proof construction methods, and much of the region was leveled to the ground.

One of the structures that was destroyed was the Lincoln Cathedral. And the new bishop, Hugh de Burgundy, launched a bold reconstruction project to rebuild an even better cathedral using the latest advances in architectural design and technology.

De Burgundy’s successors kept making improvements to the cathedral, until, in the mid-1300s, the cathedral’s spire was raised to 160 meters (525 feet), making it the tallest structure in the world.

Curiously, a severe economic crisis broke out across Europe soon after as the King of England defaulted on his debts due to military setbacks in the 100 Years’ War.

Fast forward several centuries to the late 1700s, when, in the town of Ditherington, England, the local flax mill took the title as the world’s tallest building in 1797.

That same year, a major economic crisis began raging in Great Britain and the United States after a huge real estate bubble burst. Banks and businesses in both countries suffered major losses.

The completion of the Equitable Life Building in New York City in the early 1870s, which became the tallest building in the world, coincided with the Panic of 1873, and the Long Depression that lasted for more than a decade.

The New York World tower broke the record for tallest building in the world when it was completed in 1890… which also happened to be the same year that the economic panic of 1890 broke out.

Philadelphia’s city hall briefly held the record for world’s tallest building when it was completed just in time for the Panic of 1893– a crisis so severe that the US Treasury Department had to be bailed out.

The Met Life Insurance Tower in New York City shattered the record for the world’s tallest building when it was completed in 1907, just as the Panic of 1907 broke out.

(The Panic of 1907 was so extreme that it led to the creation of the Federal Reserve a few years later.)

Another financial crisis erupted in 1914, just on the heels of New York’s Woolworth Building becoming the tallest in the world.

And on the eve of the Great Depression, multiple projects were all simultaneously competing to become the world’s tallest building, including the Empire State Building, the Chrysler Building, and the Manhattan Bank Trust Building (now known as the Trump Building).

The construction of the World Trade Center and Chicago’s Sears Tower in the early 1970s, both of which became the tallest buildings in the world, immediately preceded the OPEC oil price shock in 1973 and the subsequent banking crisis and economic recession.

The Petronas Towers were completed in 1998 in Malaysia, taking the title as tallest in the world, right before the Asian Financial Crisis broke out.

Construction of the Taipei 101 tower, which became the tallest building in the world, began just months before the Dot-Com bubble burst and the Recession of the early 2000s began

And of course the Burj Khalifa in Dubai became the world’s tallest building when its height reached 688 meters (2,257 feet) on 1 September 2008… literally days before Lehman Brothers went bankrupt and the Global Financial Crisis kicked off.

Is all of this just a crazy coincidence?

Or is there perhaps a link to the world’s tallest buildings and economic crises?

It certainly stands to reason that enormous buildings are extremely expensive and require vast amounts of funding– something that is relatively easy to come by when the economy is near its cyclical peak.

Ego and hubris are also abundant when an economy is near the top, as booms and peaks are often accompanied by ostentatious displays of wealth– including ambitious construction projects.

During the 12th and 13th centuries, for example, when Italian city-states were the dominant powers of Europe, there was practically a competition among the richest citizens of Bologna, who built as many as 180 towers to show off their wealth.

By the mid 1300s, of course, Bologna’s power faded, and the city fell into economic obscurity.

It’s interesting to consider given the flurry of new projects, mostly in Asia, that are feverishly being constructed to rival the tallest building in the world.

From the Goldin Finance tower in Tianjin (to be completed this year), to the Wuhan Greenland Center (also 2018), to the Jeddah Tower in Saudi Arabia (as early as 2019), there is no shortage of hubris, or debt-based funding, to drive these projects to record heights.

All of these new towers, of course, are being built at a time when financial markets are near all-time highs and global debt is at an astonishing, record level of $233 trillion– several times the size of the global economy.

But even if that were the case, a prudent, rational person still ought to recognize that economic booms never last forever.

There are always periods of expansion, followed by periods of recession. And the more excessive the boom, the more painful the correction.

We’ve been living through one of the longest periods of economic expansion in modern history– one that has been funded by massive quantities of debt, cheap interest rates, and trillions of dollars of new money conjured out of thin air.