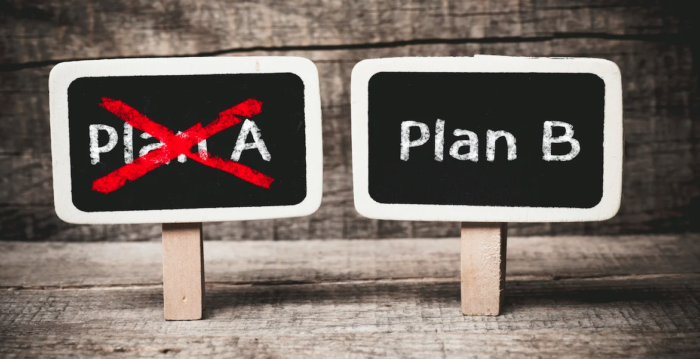 One of the most important lessons that a lot of people learned the hard way last year was how important it is to have OPTIONS.

Nearly everyone on the planet suddenly experienced, almost in unison, an astonishing loss of freedom, practically overnight.

Local public health officials went from being little-known bureaucrats to being totalitarian warlords with the full power of an entire police state at their disposal.

Before Covid hit, they about as much authority as the local dog catcher. Then all of a sudden they were forcing us to shut our businesses, close our schools, and remain at home, afraid.

Their edicts have been truly ridiculous. They instruct young people how to properly copulate in the Age of Covid. They tell people we must isolate ourselves from loved ones, because we should all be “alone… together.”

They blithely ignore the spiraling rates of suicide, depression, untreated cancers, alcoholism, and domestic violence that have resulted from their policies.

Anyone who disagrees with them is canceled, censored, and ridiculed.

They’ve created a culture of fear, convincing people to be terrified of physical contact with one another.

And their propaganda has dehumanized us all. People are no longer human beings to them— we’re all diseased vermin who need to be tightly controlled.

It’s safe to say that NO voter ever awarded them such vast powers. But it’s unlikely that they’ll relinquish the authority they’ve seized anytime soon.

And that leads me back to having other options.

We’ve written to you a lot about obtaining a second citizenship and passport to open more doors worldwide; a second passport ensures you’ll have someplace else to live and work, outside of your home country.

Simply put, having another citizenship provides another option. If you tire of your local public health warlords, you might find another jurisdiction to be more relaxed and easy-going.

And having a second citizenship means (typically) that you’ll be allowed in, even if the borders are closed.

This isn’t always the case; Australia is a notable exception, where they’ve tried to prevent their own citizens from returning home.

But most countries are nowhere near this level of insanity.

Now, there are plenty of ways to obtain a second citizenship. For example, a number of countries provide citizenship if you can prove an ancestral link. Other countries basically sell passports through their official ‘economic citizenship’ programs.

But these can take a while.

An easier (and typically must faster) approach is to obtain legal residency in a foreign country.

Having legal residency is similar to citizenship; if you’re a legal resident, in most cases they’ll still let you in, even if the border is closed.

And as a legal resident, you still have the right to live, work, invest, do business, etc. in that country.

The key difference is that, with citizenship, you’ll also receive a passport from that country, which means you can travel the world and enter other countries using that passport.

With residency, you don’t receive a passport— although the immigration law in most countries does entitle legal residents to eventually apply for naturalization and citizenship. So obtaining residency can be a good first step towards a second passport.

These days, having a second residency is a great option for a Plan B. It means that, in most cases, you’ll have at least one more option.

So if you decide you’ve had enough of the public health dictatorship, you’ll have another place to go.

Frankly you could even obtain legal residency in 2, 3, or half a dozen other countries, each of which represents another option.

For example, you could obtain residency in Chile (which is counter-seasonal to the northern hemisphere, so it’s summertime in Chile when it’s winter in North America and Europe), and simultaneously have legal residency in Mexico.

We just held a Total Access even in Cancun a few weeks ago, and it was an extremely relaxed environment. Nobody was running over to pepper spray you if you weren’t wearing a mask, or had the audacity to shake hands with another human being.

And Mexico is a pretty easy place to obtain legal residency; you can complete about 95% of the application process without leaving home, simply by sending the paperwork to your nearest Mexican consulate.

Panama is another country which offers dozens of ways foreigners can obtain residency, most notably through Panama’s ‘Friendly Nations Visa’… though there are plenty of other ways as well.

Or maybe Europe is more your style. This could be an especially great option for US citizens, who have been barred from entering most European countries for the better part of the last year.

Portugal, for example, still offers legal residency through its ‘Golden Visa’ program, where you can purchase qualifying property in exchange for residency. https://www.sovereignman.com/golden-visa-programs/

Spain, Greece, and Malta also have Golden Visas. Then there are shorter-term residency visas of one year available from Bermuda, Barbados, or the Republic of Georgia that could be great options for remote workers and digital nomads.

The point is— there are plenty of options around the world. And having more options makes a lot of sense right now.

You might never even use it. But there’s no downside in having another place (or 2, 3, 4 other places) to go.

But if you ever really need it, you’ll be very happy that you invested a little bit of effort into that backup option. And that’s what a Plan B is all about.