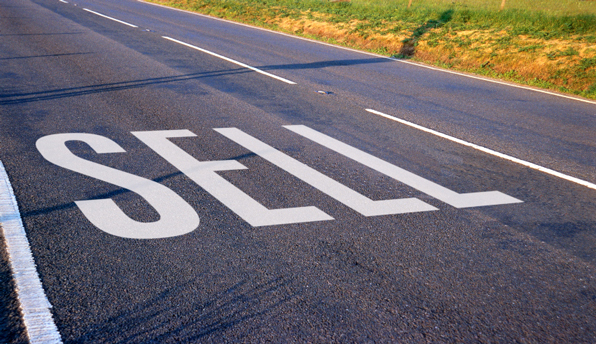 Apple's Tim Cook: Business isn't just about making a profit … He leads a company that some would consider the epitome of ruthless global capitalism. But Apple chief executive Tim Cook has shocked some in the US with an impassioned attack on the singleminded pursuit of profit – and a direct appeal to climate-change deniers not to buy shares in his firm. Eyewitnesses said Cook, who succeeded Steve Jobs as boss of the technology giant in 2011, was visibly angry as he took on a group of right-wing investors during a question-and-answer session at a shareholders' meeting. Responding to calls from the National Centre for Public Policy Research (NCPPR), a conservative think tank and investor, for Apple to refrain from putting money in green energy projects that were not profitable, he shot back that Apple did "a lot of things for reasons besides profit motive". The chief executive added: "We want to leave the world better than we found it." – UK Independent

Dominant Social Theme: Apple is a superb company, and a heroic one, too.

Free-Market Analysis: Tim Cook has decided that if you believe in global warming you should buy Apple. If not, don't. This is certainly some sort of nadir for Corporate America, which has seen plenty of down moments.

Thomas Jefferson warned against corporations and the US founding fathers didn't put anything in the Constitution facilitating the modern multinational. But corporations are huge these days, giving megalomaniacs like Cook inordinate power and clout.

While most CEOs exercise their outsize authority quietly, Cook obviously – in this instance anyway – took another approach, a high-profile one. Here's more:

Addressing he NCPPR representative directly, he said: "If you want me to do things only for ROI [return on investment] reasons, you should get out of this stock." Cook, who is generally known for his level-headed demeanour, also insisted that he places more importance on helping people and the environment than on pure profit, saying: "When we work on making our devices accessible to the blind, I don't consider bloody ROI."

Bryan Chaffin, a technology writer at The Mac Observer who attended the meeting on Friday, said it was: "The only time I can recall seeing Tim Cook angry." He added: "His body language changed and he spoke in rapid-fire sentences compared to the usual controlled way he speaks."

The NCPPR had challenged Apple's sustainability goals, one of which is eventually to have 100 per cent of its power come from green resources, and asked what effects such measures, along with investing in green initiatives, would have on the firm's bottom line.

… The 53-year-old has also committed millions of dollars of Apple's money to various good causes – in contrast to his predecessor Jobs, who reportedly once told colleagues that giving money to charity was a waste of time. Cook has also taken action to improve the conditions at the Foxconn plants in China where iPhones and iPads are made, after widespread criticism about high rates of worker suicide and claims of exploitation.

This is certainly a strong statement, and one cannot imagine that Cook did Apple any great service by making it, at least not in the long run. Cook seems to believe that Apple is a force for good. Of course, those Chinese laborers who have suffered immensely while building Apple products might not think so.

Also, Apple is not a force of nature. It's an artificial construct. Without the state actively interfering in Apple's business, this sprawling goliath of a company would not exist. Even the patents that Apple relies on are a product of judicial force.

To be sure, it is not just Apple that has reaped the benefits of the corporate state and the fiat monopoly banking that has made it rich. But judging from what Cook said, it's obvious that examining the larger sociopolitical and economic structure within which Apple operates is something he's not inclined to do.

On the other hand, he seems to have accepted the facile mumbo-jumbo that passes for "climate change" analysis. It is all the rage these days for corporations to integrate fake numbers into their balance sheets that reflect corporate social responsibility. In fact, corporations are being "encouraged" to do so by various government regulations and private industry recommendations.

Cook believes in global warming – climate change – whatever the fashionable name is now. But plenty of scientists do not believe in it, including a goodly number that are too intimidated to speak up.

Famous warmist Michael Mann, for instance, is now reportedly being counter-sued in Canada. According to Principia Scientifica: "The fact Mann refused to disclose his 'hockey stick' graph metadata in the British Columbia Supreme Court, as he is required to do under Canadian civil rules of procedure, constituted a fatal omission to comply, rendering his lawsuit unwinnable."

Global warming is not settled science, not even from a judicial standpoint. Steve Jobs was singularly focused on Apple products and monomaniacal about their success. Cook is similarly brusque and dismissive with those who disagree with him. But unlike Jobs, his ill-tempered convictions seem rooted in PC nostrums rather than focused on the betterment of Apple products.

One simply cannot imagine Jobs, for all his flaws, turning an Apple business conference into a filibuster for global warming. In his personal life, Jobs was apparently a quasi-socialist, at least philosophically. But one gets the feeling that Jobs never spent a great deal of intellectual bandwidth on sociopolitical or economic issues. He was too interested in his expanding his company and creating additional products.

Cook's outburst reveals a man who uncritically accepts the certainties of his class regardless of their viability. For some reason, as well, he has conflated Apple's corporate mission with his own personal biases.

Maybe Cook has inadvertently provided the market with a definitive "sell" sign.