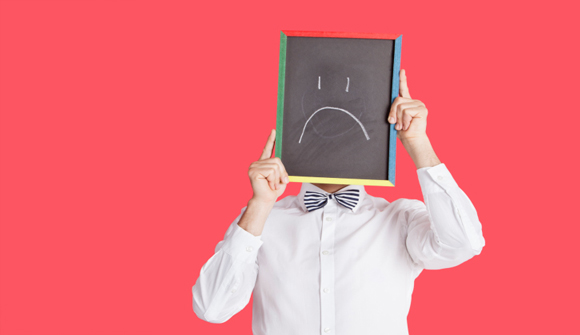 How Trolls Are Ruining the Internet Joel Stein … Troll Culture of Hate Time … They’re turning the web into a cesspool of aggression and violence. What watching them is doing to the rest of us may be even worse  …  This story is not a good idea. Not for society and certainly not for me. Because what trolls feed on is attention. And this little bit–these several thousand words–is like leaving bears a pan of baklava.  It would be smarter to be cautious, because the Internet’s personality has changed. – TIME

TIME magazine has written yet another horrible article, this one basically calling for the Internet to be controlled and censored because of too many “trolls.”

It’s not clear why there are more of them now than before. The only reason the article gives is that “mores” are being stripped away by anonymity and “aggression and violence” are “seeping from our smartphones into every aspect of our lives.”

This doesn’t make much sense but TIME often doesn’t seem to make a great deal of sense. Smartphones have been around for years but TIME has only decided now, apparently, that trolling is a big enough problem to warrant a major article.

And it’s one, eventually, that TIME suggests ought to dealt with by civilian policing. You’d think the Internet itself provides enough ways, for the most part, to deal with all but the most persistent harassment. But TIME doesn’t see it that way.

TIME is actually a little late to the party. The article actually builds on reports (here) that London’s Metropolitan Police are setting up a £1.7 million “Twitter squad” to fight social media trolling. Some £500,000 is funding a Home Office Online Hate Crime “hub” as well.

Once it was a geek with lofty ideals about the free flow of information. Now, if you need help improving your upload speeds the web is eager to help with technical details, but if you tell it you’re struggling with depression it will try to goad you into killing yourself.

Psychologists call this the online disinhibition effect, in which factors like anonymity, invisibility, a lack of authority and not communicating in real time strip away the mores society spent millennia building.

… The people who relish this online freedom are called trolls, a term that originally came from a fishing method online thieves use to find victims. It quickly morphed to refer to the monsters who hide in darkness and threaten people.

Internet trolls have a manifesto of sorts, which states they are doing it for the “lulz,” or laughs. What trolls do for the lulz ranges from clever pranks to harassment to violent threats.

The article goes on to mention “doxxing” –  which is “publishing personal data, such as Social Security numbers and bank accounts.”

Also something called “swatting,” –  “calling in an emergency to a victim’s house so the SWAT team busts in.”

So we can see the article is conflating words with actions. Trolling, it is implied includes the theft of data and false reports of an emergency. Additionally, some of the examples of trolling seem aimed at men and women whose belief structures seem to be emphatically politically correct.

No matter. Toward the end of the article, we get to the argument that the Internet needs official policing.

As more trolling occurs, many victims are finding laws insufficient and local police untrained. “Where we run into the problem is the social-media platforms are very hesitant to step on someone’s First Amendment rights,” says Mike Bires, a senior police officer in Southern California who co-founded LawEnforcement.social, a tool for cops to fight on-line crime and use social media to work with their communities.

“If they feel like someone’s life is in danger, Twitter and Snapchat are very receptive. But when it comes to someone harassing you online, getting the social-media companies to act can be very frustrating.” Until police are fully caught up, he recommends that victims go to the officer who runs the force’s social-media department.

This excerpt mentions Twitter, which (controversially) has been relatively aggressive about punishing users it deems abusive. In some cases, lifetime bans are levied. Of course, it’s not just Twitter. Facebook and Google (via YouTube) monitor user communications on an ongoing basis.

This is ironic, however, because both Facebook and Google are basically CIA-supported and funded facilities (here and here). One can make the argument within this context that the Internet’s largest providers are basically part of the US’s military-industrial complex.

Certainly some “trolling” may be extremely malicious and even dangerous. But it obvious as well that the Internet has given people an independent voice along with important, alternative points of view. And this is obviously – and increasingly – disturbing to those who control society from behind the scenes.

Conclusion: The idea is to generate yet another faux reason to regulate and police information technology. Britain has already begun, and TIME apparently wants to ensure that the US won’t be far behind.