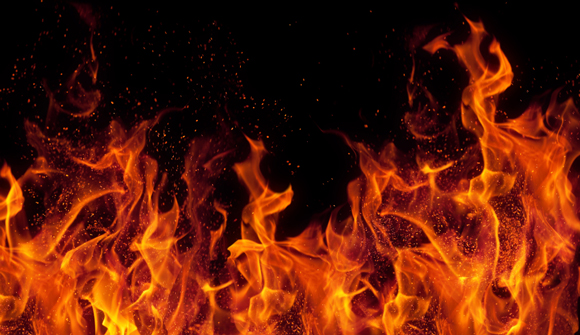 America’s Anger Is Out of Control Jeffrey Kluger … After the September 11 attacks, TIME’s Lance Morrow wrote a powerful essay titled, “The Case for Rage and Retribution,” in which he argued: “For once let’s have no fatuous rhetoric about ‘healing.’ A day cannot live in infamy without the nourishment of rage. Let’s have rage. What’s needed is a unified, unifying, Pearl Harbor sort of purple American fury—a ruthless indignation that doesn’t leak away in a week or two…”  – TIME

As we can see from the above statement, Jeff Kluger has in mind another convulsive episode like Pearl Harbor or 9/11 that will unify the “anger” that Americans feel.

Kluger seems to imply that this anger is stemming from current elections. His concern is that it is spilling over into other areas of life.

If every offensive, unjust or insulting incident turns into a jolt of high-fructose fury mainlined straight to the brain’s amygdala, what’s left when there’s a truly right and righteous reason to rise up in anger? And those important moments do occur.

Kluger seems to be saying that anger has become fashionable and applying anger liberally trivializes it.

Also, if Americans are angry about many things, that makes for a dysfunctional society rather than a unified one.

Kluger obviously wants a unified America. In order for rage to be unifying it needs to be a “purple American fury.”

This is actually a somewhat cynical assessment of how to manipulate anger in our view.

Why do we need another Pearl Harbor or 9/11 just so Americans can feel unified?

Why should “Americans” feel unified anyway? And, really, what is an “American?”

Because the “anger in America” meme is ubiquitous in the mainstream media at the moment, there are many other commentaries on it.

Here’s one from CNN by Michael Smerconish:

Are the voters really mad as hell? … voters, many of them in the GOP, have outsized weight in politics … The anger that threatens Washington based on partisanship is metastasizing. Now is the time to take back control of our political debate.

Remember, when Howard Beale asked Americans to shout outside that they were “mad as hell”, many followed. It’s time for the rest of us to close our windows.

CNN is asking us to “close our windows” and not listen to people who are “angry” about the state of America’s politics and economy.

TIME is hopeful that this anger can be channeled into some horrible, outsized event that will unify the current emotional anarchy.

Both of these editorials seem frightened by anger. But the description trivializes what is going on.

People aren’t just “angry.” Many are extraordinarily upset about certain events taking place in the USA. It’s not simply an inchoate emotion.

Millions upon millions are angry over the reduction in freedoms and the rise of the fedgov political class.

They are worried and anxious about police shootings, gun confiscation and a general trend toward increased authoritarianism all around them.

They don’t recognize America anymore. It feels like a fascist or socialist country.

Like Kluger’s article, Smerconish’s CNN piece suggests ways that the electorate’s anger can be reduced.

His solution to American anger is to change voting laws so that “silent ones” have more impact and are more noticeable.

That would make the anger less visible. Eventually, people would calm down.

We don’t believe in either of these solutions.

It is not a good idea to root for another major national tragedy in order to resolve American anger. And  changing voter laws to empower people who are not angry surely does not address the causes of the anger.

Conclusion: What will make people less angry in this case is more freedom. But freedom is rarely given and mostly manipulated. If you want to be free, you will have to do it yourself. Get out of debt. Store gold and silver. Find alternative living arrangements in case of an emergency. Don’t leave it up to mainstream punditry to determine how to deal with what you feel. Inevitably, their solutions will not lessen problems but increase them.