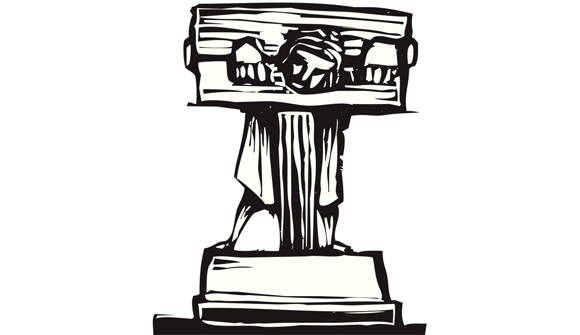 Prosecute Torturers and Their Bosses … Since the day President Obama took office, he has failed to bring to justice anyone responsible for the torture of terrorism suspects — an official government program conceived and carried out in the years after the attacks of Sept. 11, 2001. He did allow his Justice Department to investigate the C.I.A.'s destruction of videotapes of torture sessions and those who may have gone beyond the torture techniques authorized by President George W. Bush. But the investigation did not lead to any charges being filed, or even any accounting of why they were not filed. Mr. Obama has said multiple times that "we need to look forward as opposed to looking backwards," as though the two were incompatible. They are not. The nation cannot move forward in any meaningful way without coming to terms, legally and morally, with the abhorrent acts that were authorized, given a false patina of legality, and committed by American men and women from the highest levels of government on down – The New York Times

Dominant Social Theme: Torture was necessary at the time to protect the US and its allies.

Free-Market Analysis: It looks as if the just-released report on the CIA and torture has blown up this tragic issue in a very public manner. And now, one way or another, the "establishment" has to deal with it.

We dealt with this yesterday in our lead article, entitled "US Power Centers Splinter as Chaos Rises."

The US is splitting apart: Some 60 years of expanding authoritarianism has created political and economic facilities that are now beginning to face off against each other.

There are dozens of intel agencies, hundreds of military specializations, vast bureaucracies at local, state and federal levels – all supported by a worldwide dollar economy that virtually forces other nations to hold dollars in order to buy oil.

Increasingly, as the struggle for resources grows more pronounced, each of these entities will involve themselves in growing "turf wars." It is not, of course, just a Western problem. Europe has similar woes and its fringe parties are becoming more extreme.

And now this: The Times editorial is truly an explosive one, insisting that some of the highest officials and former officials in the nation be prosecuted for war crimes.

Of course, we're well aware from a historical standpoint that the Times is a virtual adjunct of the military-industrial complex, and thus such an editorial has the backing of more than the Times editorial staff.

Top business and political elites must be arguing behind the scenes over how to handle such explosive events. Of course, it ought not to be forgotten that these same shadowy power brokers were well aware of various torture practices.

This is sadly our larger thesis: The US is being prepared for this sort of infighting. The wars, the secret torture policies, the use of depleted uranium weapons, the false flag justifications for the still-expanding war on terror, all of these elements have combined into a noxious brew that will not easily be drained, and perhaps it is not supposed to be.

Economically, militarily, culturally and politically the US and England along with Europe are perhaps being subject to a kind of strategic dissolution. The idea is to create a more compelling international infrastructure that the West with its various power centers cannot oppose. The best way to do this nowadays is to destroy cultural cohesion.

Who will be spared? All power centers are likely going to be drawn into a long-term and multifaceted internal war. And in this particular case, there is plenty to go to war over.

Ironically, the report in question might have been suppressed or at least released in a less high-profile way had the CIA not tried to spy on the Senate Intelligence Committee investigating the matter.

When the surveillance was discovered, CIA Director John Brennan apologized to the committee but the damage was done. Bruised feelings were aggravated by the CIA's purported justification – one involving a suspicion that committee staffers were gaining illegal access to internal agency documents and "improperly handling classified material," according to CNN reports at the time.

Americans have known about many of these acts for years, but the 524-page executive summary of the Senate Intelligence Committee's report erases any lingering doubt about their depravity and illegality: In addition to new revelations of sadistic tactics like "rectal feeding," scores of detainees were waterboarded, hung by their wrists, confined in coffins, sleep-deprived, threatened with death or brutally beaten. In November 2002, one detainee who was chained to a concrete floor died of "suspected hypothermia."

These are, simply, crimes. They are prohibited by federal law, which defines torture as the intentional infliction of "severe physical or mental pain or suffering." They are also banned by the Convention Against Torture, the international treaty that the United States ratified in 1994 and that requires prosecution of any acts of torture.

So it is no wonder that today's blinkered apologists are desperate to call these acts anything but torture, which they clearly were. As the report reveals, these claims fail for a simple reason: C.I.A. officials admitted at the time that what they intended to do was illegal.

Yes, it was known, and this makes the Times sudden probity suspicious. The editors couldn't expose what was going on before? They had to wait for a Senate report? In any event, the uneasy status quo is unraveling.

The question everyone will want answered, of course, is: Who should be held accountable? That will depend on what an investigation finds, and as hard as it is to imagine Mr. Obama having the political courage to order a new investigation, it is harder to imagine a criminal probe of the actions of a former president.

The Times then suggests "Rodriguez Jr., the C.I.A. official who ordered the destruction of the videotapes; the psychologists who devised the torture regimen; and the C.I.A. employees who carried out that regimen."

This is powerfully broad – and the Times ends its editorial by cautioning that insisting on accountability was not part of "payback" but about "ensuring that this never happens again and regaining the moral credibility to rebuke torture by other governments."

The question, according to the Times, is whether the nation will allow torturers "perpetual immunity" for their actions. The real question, however, has to do with fallout. This is not the 1970s. In the 1970s, government facilities were not themselves at risk. There were "bad" people – but the government could be used as a force for good as well. Watergate in a sense was a triumph of the federal government.

There is little good will for the US federal government these days, and probably not for European governments either (nor for Britain).

Of course, the Internet Reformation is partially responsible. It is going to be difficult to present government in a positive light under the glare of 'Net reporting. In the 1970s, the narrative could be controlled. In the 21st century, not so much. The specter is of a spectacle that has no "good guys."

What is the outlook? A further breakdown in faith in civil society and expansion of authoritarian trends leading to increased prominence of international facilities.

The journey, if it occurs, will not be a pleasant one.