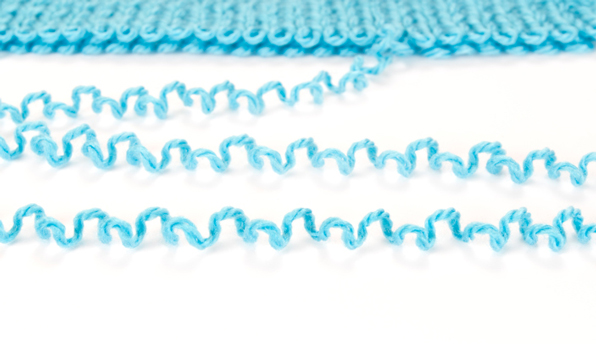 How Monica Lewinsky Changed the Media … Monica Lewinsky's 'Vanity Fair' article reluctantly plunges us straight back into the frothing world of '90s gossip. It may be painful but it answers so many questions about today's media. The Monica Lewinsky confessional in Vanity Fair brings back a torrent of unfond memories of the appalling cast of tabloid gargoyles who drove the scandal. Remember them? Treacherous thatched-roof-haired drag-queen Linda Tripp, with those dress-for-success shoulder pads? Cackling, fact-lacking hack Lucianne Goldberg, mealy-mouthed Pharisee Kenneth Starr—the whole buzzing swarm of legal, congressional and gossip industry flesh flies, feasting on the entrails. – TheDailyBeast

Dominant Social Theme: Uphold the mainstream view at all costs.

Free-Market Analysis: Tina Brown, perhaps the most storied journalist of her generation, has posted an article about Monica Lewinsky that reveals a lot more about Brown than Lewinsky.

The article is noteworthy, unfortunately, not only for what it is but for what it is not. It is neither accurate nor compelling. Its main point is nearly indecipherable.

Marinated in bitterness and basted with revisionist history, it provides us with the spectacle of a writer at the peak of her powers who, nonetheless, has little grasp of what has gone wrong with the environment she imagined she was writing for.

We are used to seeing a gradual deflation of ambition and literary reputation as someone ages and the culture around them shifts imperceptibly, leaving even the most famous writer eventually marooned on the shores of assumptions that are increasingly irrelevant.

Hemingway seemed more relevant in the early 20th century than the late mid-20th century; Mailer had his heyday around the 1970s; Hunter Thompson, despite his flair, shone most brightly in that same decade.

Writing is a complicated art; top journos weave together cultural trends with exposition in order to illuminate the reality of the Age. But often this illumination shines briefly before flickering out.

So it is with Tina Brown. She was perhaps most compelling in the 1980s and 1990s, when editing some of the most important magazines of the century: Vanity Fair and the New Yorker. And of the two, Vanity Fair was best for her because it allowed her to interleave gossipy articles with what were considered (at the time) more serious expositions.

But the advent of the Internet – what we call the Internet Reformation – unbalanced her. Her preoccupations with society's elite and wealthiest were a good deal more compelling (or at least relevant) in the 20th century than the 21st.

Like her sponsors, she moved in a rarified circle of artists and journalists who were content to report on the ruling class they often envied rather than to perform a much-needed analysis of society's basic assumptions.

Journalism often attempts to afflict the comfortable and comfort the afflicted. This was not Tina's task.

The 21st century has been defined by the questioning of the alternative media – thousands of blogs, Facebook pages and websites – that have probed every part of the present society and gradually exposed its disturbing underlying assumptions.

Brown doesn't realize times have changed. She doesn't understand that writing a hagiography of Princess Diana is not simply an act of reporting a story but is a political statement as well. It is this latter ignorance that is on ample display in this article.

Brown bemoans a lack of privacy caused by the Internet and other technology but doesn't seem to realize that the nature of reporting is anti-privacy. Even worse, Brown seems to believe that society's upper crust should be exempt from journalistic probing due to social and material position.

So this is the argument she is making: That the Internet has ushered in a new and invasive journalism and further, that it is inconveniencing society's most powerful people. Both of these are "bad."

Here's how she puts it:

… Of course, hitting "send" on each new revelation that no one else would publish, the solitary, perfectly named Matt Drudge, operating in pallid obsession out of his sock-like apartment in Miami. A once-in-a-lifetime cast! Or so we all thought.

But what we didn't know at the time is that they were not some passing cultural excrescence. They were the face of the future. The things that shocked us then—the illicitly taped conversations, the wholesale violations of elementary privacy, the globally broadcast sexual embarrassments, all the low-life disseminated malice—is now the communications industry as it operates every minute of every day.

Monica is right when she writes that "only a few years later, with the advent of social media, the humiliation would have been even more devastating."

This is really sad stuff. Invasive journalism has been the purview of the power elite for centuries. Those who pose a threat to the social structure are often investigated, stripped of privacy and accused of all sorts of nefarious and lewd acts. But Brown seems to believe that this sort of activity – the privacy-stripping aspect – is somehow a creation of modern technology.

Additionally, Brown seems to believe that the privacy-invading aspects of the Internet are its main characteristics. This is not just untrue; it is obtuse. The Internet, in fact – via those who have used it reportorially anyway – has apparently exposed a massive global conspiracy that seeks to manipulate societies to create an ever-closer global government.

Behind this increasing internationalism stands a variety of elites utilizing the levers of government to advance their own interests – often violently and even murderously – at the expense of others.

This is the information the Internet has exposed, and it is both shocking and profound. It is THE story of the 21st century just as it is the story of humankind itself.

Understand the behavior of the elites, the dominant social themes they seek to impose on society and their goals and you will be in a much better position to protect your wealth, your family and even your community from the worst depredations of elite manipulations.

Tina Brown has used her pen on behalf of these same elites and now it is failing her. Worse, she doesn´t understand why.