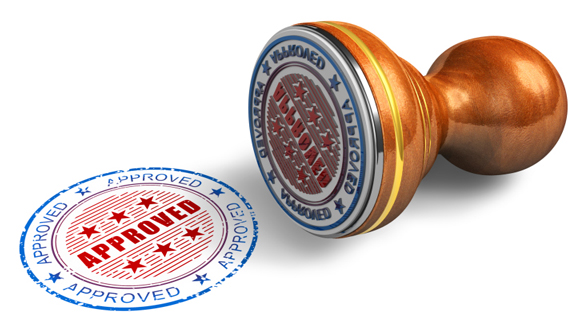 Rethinking the Idea of a Basic Income for All … In October, Swiss voters submitted sufficient signatures to put an initiative on the ballot that would pay every citizen of Switzerland $2,800 per month, no strings attached. Similar efforts are under way throughout Europe. And there is growing talk of establishing a basic income for Americans as well. Interestingly, support comes mainly from those on the political right, including libertarians. – New York Times/Bruce Bartlett

Dominant Social Theme: This funny idea is coming up more and more. Maybe there's something to it.

Free-Market Analysis: We've tried to keep track of this meme because it is perhaps the most insufferable single dominant social theme disseminated by the power elite.

To recap: We begin with Henry George who created the idea of a land tax in the mid-1800s; he influenced his disciple, the Fabian socialist Silvio Gesell. Gesell's crackpottery about depreciating money was popular in the 1930s. His mutual ideas were accompanied by the social credit nonsense of Major Douglas who called Gesell's ideas a dreadful tax.

Douglas wanted people to have a basic income – and he called the annual disbursement of such an income "social credit." Such reformist ideas were to prove influential in Germany, Italy and Japan during the national socialist era. Adolf Hitler was a fan.

Gesell's ideas about depreciating money have been revived, astonishingly, by former Harvard headmaster Larry Summers. And now, we can see above, Major Douglas' ideas about social credit are being proposed by none other than the uber-capitalist scribe Bruce Bartlett.

And who is Bartlett? From the Times: "Bruce Bartlett held senior policy roles in the Reagan and George H.W. Bush administrations and served on the staffs of Representatives Jack Kemp and Ron Paul. He is the author of The Benefit and the Burden: Tax Reform — Why We Need It and What It Will Take."

The recent debate was kicked off in an April 30, 2012, post, by Jessica M. Flanigan of the University of Richmond, who said all libertarians should support a universal basic income on the grounds of social justice. Professor Flanigan, a self-described anarchist, opposes a system of property rights "that causes innocent people to starve."

She cited a paper by the philosopher Matt Zwolinski of the University of San Diego in the December 2011 issue of the journal Basic Income Studies, which also contained other papers by libertarians supporting the basic income concept.

While acknowledging that most libertarians would reject explicit redistribution of income, he pointed to several libertarians, including the economists F.A. Hayek and Milton Friedman, who favored the idea of a basic universal income.

Friedman's argument appeared in his 1962 book, "Capitalism and Freedom," based on lectures given in 1956, and was called a negative income tax. His view was that the concept of progressivity ought to work in both directions and would be based on the existing tax code.

Thus if the standard deduction and personal exemption exceeded one's gross income, one would receive a subsidy equal to what would have been paid if one had comparable positive taxable income. In 1965, Sargent Shriver, director of the Office of Economic Opportunity, recommended to President Lyndon Johnson that he support Friedman's idea of a negative income tax.

Friedman provided illustrative figures to The New York Times showing how his plan would work. The maximum benefit would be $1,500 per year for someone with zero gross income, which would be about $11,500 in today's dollars.

Ultimately, Johnson rejected the negative income tax but appointed a commission that later recommended one. Johnson also supported an experiment by the Department of Health, Education and Welfare that would run small pilot negative income tax programs in various cities and states to see how people responded.

The negative income tax was revived by President Richard Nixon in an August 1969 proposal called the family assistance plan that had been developed by Daniel Patrick Moynihan. The New York Times columnist James Reston called it a "remarkably progressive welfare policy."

… F.A. Hayek endorsed a universal basic income in Volume 3 of his book, "Law, Legislation and Liberty": The assurance of a certain minimum income for everyone, or a sort of floor below which nobody need fall even when he is unable to provide for himself, appears not only to be a wholly legitimate protection against a risk common to all, but a necessary part of the Great Society in which the individual no longer has specific claims on the members of the particular small group into which he was born.

All the regular culprits are cited by Bartlett here. He cites them to prove that a universal income is somehow a libertarian idea. But Hayek was in many ways a squishy libertarian – and he began life as an outright socialist.

Milton Friedman virtually invented the IRS withholding tax (!) and went on to write a huge book suggesting that the Federal Reserve refine, but not abolish, its money printing facility. Unlike, say, Murray Rothbard, he did not advocate the dissolution of the Fed.

As for Jessica Flanagan, how exactly can she describe herself as a libertarian when she supports the state disbursement of a "living income"? Aren't libertarians anti-state – and with good reason? Didn't various states murder about 200 million people in the last century?

Of course, she is in good company. Libertarian Bill Still advocates a monopoly central bank run by "the people." Ellen Brown, author of the famous Web of Debt, poses as an alternative media type, though she also advocates some sort of statist central bank. (She has changed her mind a good deal about what this constitutes.)

And then there are others: the anti-usury crowd that has vociferously attacked free-market economics generally while promoting "the people's" central bank and the issuance of fiat-based, interest-free money.

We've covered all of this and commented on it extensively despite considerable attacks. We were quick to recognize the thematic elements of these alternative monies – and why the power elite would actually be sponsoring their proponents, as they evidently are.

Our main thesis, refined as we have tracked the emergence of the "alternative money" dominant social theme, is that each of these systems and iterations have one thing in common: They advocate the utilization of GOVERNMENT as the dominant change agent.

And thus it is difficult to avoid the conclusion that those who benefit from government control have the most to gain from these systems and facilities. And those who run government these days are the same globalist bankers that proponents of alternative money systems pretend to want to disenfranchise.

Who today can doubt the sponsorship of alternative anti-usury monetary types by the globalists? Bernanke has just endorsed bitcoin – which may or may not be a kind of monetary Trojan Horse – while JP Morgan has now filed its own patent for a similar system.

Meanwhile, Larry Summers has endorsed the Fabian/socialist solution of Silvio Gesell and Bruce Bartlett has come out in favor of Major Douglas's social credit nostrums.

We've watched this meme build and swell. Almost every alternative monetary proposal ends up with some sort of activist state intervention. Even those "anti-usury" supporters who wish for debt-free money would naturally depend on the state to imprison people who attempted to charge interest.

So much of the alternative money movement is determinedly authoritarian. The statist leer is concealed by libertarian rhetoric. And yet, truly, monetary solutions are not that complex.

Get rid of monopoly central banking and let gold, silver and alternative currencies compete. Once money can be freely circulated, all the rest would likely fall into place. The current model of corporatism would collapse. Societies would rediscover prosperity. There would be no need for depreciating money or social credit.

Beware of anyone who begins to speak about "usury" or ludicrously tries to tell you that all the gold and silver in the world is owned by a few banking families and that you ought not to own any. Beware of those who explain that the Federal Reserve is "private" and that what is really needed is a "public" central bank owned by "the people."

Beware of those generally who advocate state interference in monetary affairs. These memes are being circulated by those who want more centralized and internationalist government. These are the bankers that thrive on mercantilism and prosper as world government expands.

Their paid apologists are legion, and growing. Their promotion goes back more than a century. And now, as Western economies face collapse, their propaganda grows shriller.

But the rising decibel level cannot disguise the core of deceit