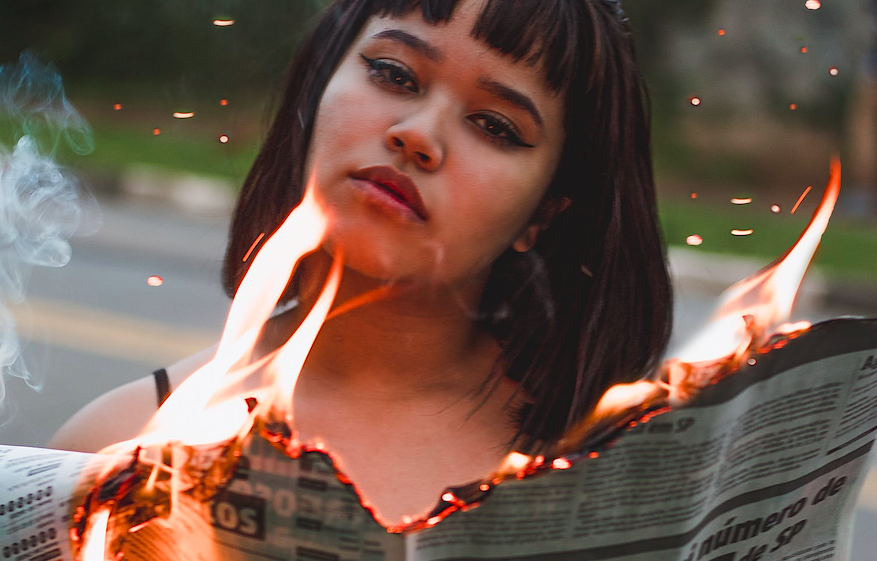 Every Friday we publish a roll-up of the most ridiculous stories from around the world that are threats to your liberty. For the end of 2021, we collected the best—or worst— stories that we wrote about this year. Enjoy… perhaps with the alcohol of your choice to ease the pain.

The Brighton and Sussex University Hospitals are part of the UK’s National Health Service network.

About a year ago, the hospitals laid out their 2021 policy on “Gender Inclusion Language Guidance in Maternity Services”.

“For us, a gender-additive approach means using gender-neutral language alongside the language of womanhood, in order to ensure that everyone is represented and included.”

Apparently the term ‘breastfeeding’ is now offensive according to our social warlords. And it’s even more offensive to refer to a mother who’s nursing as a “breastfeeding woman,” because that terminology is not gender-inclusive.

So the hospitals therefore began referring to such people as “chestfeeding people”.

The hospital cites precedents set by the British Medical Association which “recognises that a large majority of people who get pregnant and give birth are women however some may be trans men or non-binary people.”

A prayer book called “A Rhythm of Prayer: A Collection of Meditations for Renewal,” is a number one bestseller on Amazon in the category “meditation”.

One prayer, called “Prayer of a Weary Black Woman,” by Dr. Chanequa Walker-Barnes, a theology professor at Mercer University, starts:

“Dear God, Please help me to hate White people. Or at least to want to hate them… I want to stop caring about their misguided, racist souls, to stop believing that they can be better, that they can stop being racist.”

The “prayer” then describes the type of White person they want to hate— not the actual blatantly racist ones, but the “wolves in sheep’s clothing” who “don’t see color”, are friendly and accepting on the surface.

“Lord, if it be your will, harden my heart. Stop me from striving to see the best in people. Stop me from being hopeful that White people can do and be better. Let me imagine them instead as white-hooded robes standing in front of burning crosses. Let me see them as hopelessly unrepentant, reprobate bigots who have blasphemed the Holy Spirit and who need to be handed over to the evil one.”

“Grant me a Get Out of Judgment Free Card if I make White people the exception to your commandment to love our neighbors as we love ourselves.”

This is a sick, insane, religious cult of hateful people. But institutions like churches, schools, and corporations are pushing this blatant racism mainstream.

The book is also available at Target— a store which banned a book that gave voice to transgender people who regretted their decisions to transition.

But hatred of white people is perfectly acceptable.

An approved state wide curriculum in California for elementary and high school students attempts to “decolonize” American society with an “ethnic studies” course.

In the course, children are instructed in Aztec chants to various gods of human sacrifice and cannibalism, asking the gods to make them warriors for social justice.

This is all to help the children “challenge racist, bigoted, discriminatory, imperialist/colonial beliefs” rooted in “white supremacy, racism and other forms of power and oppression.”

For example, Huitzilopochtli, the Aztec god of war, was traditionally worshipped with human sacrifice. The school children will ask the deity to instill in them “a revolutionary spirit.”

The curriculum’s vision statement admits this is not about education, but rather a “tool for transformation, social, economic, and political change, and liberation.”

UK politician Jenny Jones, a Baroness in the House of Lords, said she might introduce “an amendment to create a curfew for men on the streets after 6 pm, which I feel would make women a lot safer, and discrimination of all kinds would be lessened.”

Except of course discrimination against the vast majority of innocent men who go out every evening and don’t harass women.

But hey, that logic didn’t stop public health officials from ordering a curfew for healthy people when a small minority of the public became infected with Covid-19.

Precedent suggests that a curfew for all men would be an entirely appropriate solution if violence against women is labeled a public health crisis.

During her comments, Jones referenced the murder of Sarah Everand, who disappeared during a nighttime walk in London.

The only problem with Jones’ solution: a Metropolitan Police Officer was convicted of the murder.

But perhaps that just means all officers on duty after 6pm would also have to be female. Why not create a parallel female society, so women never have to come into contact with men?

Naturally, anyone who has a problem with this logic must be science denier.

“Whiteness is a condition one first acquires and then one has—a malignant, parasitic-like condition to which ‘white’ people have a particular susceptibility.”

Sadly, this is not an Onion or Babylon Bee satirical news story— but it’s becoming harder to tell the difference.

The Journal of the American Psychoanalytic Association, is a real academic journal which published a research article called On Having Whiteness.

The author is Donald Moss, a faculty member of both the New York Psychoanalytic Institute and the San Francisco Center for Psychoanalysis.

The abstract notes that “There is not yet a permanent cure,” but perhaps scientists are developing a final solution…

Leading up to the 20th anniversary of 9/11, the Department of Homeland Security warned about potential terrorism.

But for some reason, it was not focused on foreign terrorists harbored by the likes of the Taliban— now back in power in Afghanistan.

Instead, the DHS is focused on domestic extremists, saying:

“Such threats are also exacerbated by impacts of the ongoing global pandemic, including grievances over public health safety measures and perceived government restrictions.”

And anyone who does imagine these “perceived” restrictions, like mask mandates for school children, must be a domestic terrorist.

Volunteer workers at a dog shelter in Cobar, Australia were set to rescue several animals from a dog pound located approximately 100 miles away in the town of Bourke.

But the local government council in Bourke didn’t want any mangy, disgusting, diseased human beings coming into their town.

So the town council of Bourke ordered the dogs to be shot to death. Yes I’m serious.

The council said it killed the dogs “to protect its employees and community, including vulnerable Aboriginal populations, from the risk of COVID-19 transmission.”

In September, Rep. Alexandria Ocasio-Cortez wore a dress emblazoned with “Tax the Rich” to the $35,000 per ticket MET Gala.

The designer of her dress is Aurora James, who sells overpriced dresses to celebrities. The design company owned by James owes almost $180,000 worth of taxes.

For failure to remit payroll taxes, the company owes New York state almost $15,000 and the federal government over $100,000. It also owes $62,000 in Worker’s Compensation to New York state.

Those debts were incurred before the pandemic. But during the pandemic, Aurora James’ company took over $41,000 in pandemic relief aid.

For years, the American Academy of Pediatrics (AAP) has stressed the importance of visual cues in childhood development.

In other words, young children develop language skills by seeing facial expressions in the adults they’re interacting with; when mommy smiles, it helps the child understand the words that she’s using, and that contributes heavily to overall language development.

The AAP had even published significant research on the topic, underscoring how critical it was for children to be able to see facial expressions.

But then COVID came along…

… and suddenly the “science” changed.

In August, the AAP completely reversed itself, almost in 1984 style.

In a Twitter blitz, the AAP stated that “[t]here are no studies to support this concern” that, if adults wear facemasks when speaking to children, their language development would be harmed.

Amazing. After years of publishing the exact studies they’re talking about— that visual cues and facial expressions are critical to a child’s language development, suddenly the AAP claims there are no studies.

They even went as far as scrubbing their own website and DELETING THEIR OWN RESEARCH!

Perhaps even more hilarious is that, when the AAP was caught censoring their own research, they claimed it was because of an ‘unscheduled web migration.’

A School Tied a Mask Onto A Disabled Girl’s Face

A Florida father, Jeffrey Steele, was surprised one day when his young daughter Sophia came home from school with a mask on.

Jeffrey did not send Sophia to school wearing a mask because she has Down syndrome, cannot speak, and has an enlarged tongue, which makes it dangerous to force her to wear a mask.

And besides, Governor Ron DeSantis has banned Florida schools from requiring masks.

But Jeffrey was even more furious when he realized that the mask had been tied to Sophia’s face with nylon string so that she couldn’t take it off.

He soon discovered that school officials had been tying the mask to Sophia’s face every day for six weeks. But Sophia couldn’t alert her father, because she is non-verbal.

Only when school employees forgot to take the mask off before sending Sophia home one day did her father discover what was going on.

The school had previously given Sophia a mask exemption.

But apparently that was just for show— they thought nothing of inflicting literal child abuse on this girl.

These are the type of fanatics that educate your children.