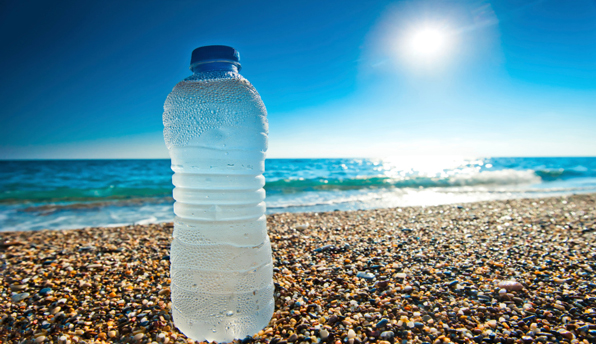 Inventors Who Invented Water-Powered Cars, but were Killed or Forced to End Their Work … With all the talk and rhetoric these days, about global climate change, it is worthy to mention the works of some alternative scientists in the automobile industry.  Of course, we all know that the so-called scientific community is being controlled by a hidden interest. The purpose of this article is to let you know that there are scientists who have invented car engines that run completely on water.- Anonhq.com

Is everything we know about the economy, politics and war false? We begin to think so, and this article, excerpted above, encourages that perception.

This article on inventors who were murdered after reportedly developing water-powered cars  is updated from an article at the HenryMakow.com conspiracy website.

When we examined the updated article it occurred to us that it was part of a much larger manipulation. There is considerable scientific pushback to water-powered cars because you get less energy out of the conversion to hydrogen/oxygen than you put in. But the string of inventor attacks and deaths, if accurate, is certainly unusual and gives rise to larger considerations about technological suppression.

Maybe Nikola Tesla would have invented usable “free energy” if he hadn’t been effectively bankrupted by JP Morgan. And there are many non-technological considerations as well: Maybe wars wouldn’t exist if they weren’t funded by a small group of bankers. (See All Wars are Bankers’ Wars.)

We’ve written numerous articles about the nonsense of “peak oil,” pointing out that if oil does diminish (which we doubt will happen any time soon), other energy sources will be substituted. The free-market remains fairly effective in such vast, singular instances from what we can tell.

But what has increasingly occurred to us is that in many ways elite conspiracies outshine market forces. For instance, Ben Bernanke printed $16 trillion during the height of the economic crisis and sent it around the world in short term loans, most of which were never apparently repaid.

What is to stop the Fed from printing a similar sum and handing it out at home? Perhaps eventually there would be significant – or tremendous – inflation but perhaps not, or not in the near-term. (Perhaps that inflation could even be ameliorated to some degree via other monetary manipulations?)

Why do people have to work two and three jobs to survive? Why are billions near starvation?

It seems in large part that our current reality is vastly over-configured by a small group of people who have taken a normal economy and substituted something else.

They want people to work – and work hard – and so they do.

They want to people to pay for energy and other fundamentals so that they must struggle to get by.

They want to restrict people’s income so that they have fewer life choices.

In an agrarian republic of the kind that Thomas Jefferson and other founders favored, work was necessary for survival. People often worked on their own or in modest-sized groups. They built furniture, raised houses or, most importantly, cultivated land and harvested food.

Today, people build “consumer” items: Dolls, headphones, racy sneakers, endlessly adjusted car models and the like. One can make the argument that much of this production is not necessary and that the “consumer society” is a direct outcome of almost unlimited central bank money printing – just as so many other things are.

Society has been entirely misaligned, it seems, by monetary excess and those who control unfathomable sums of money and will spend any amount to keep control.

Who knows what society would look like without this control? Central banking money – the ability to print nearly unlimited amounts of money – supports the world’s biggest ever penal system. It has allowed the US and Europe to make perpetual war. It has paid to pervert thousands of years of history and ensure that until recently people had no idea about the reality of their world.

People grow up thinking they are subject to culture and comity. Some things are allowable and others are not. But what if this is mere propaganda? What if the modern world is invaded by elite memes that propose endless falsehoods to justify “directed history.”

What if modern  history, more than ever before, is a series of lies that we would never penetrated even partially without the support of the Internet? Could we really be driving water-powered cars? Could free or inexpensive energy be beamed from place to place as Tesla apparently believed. Is the universe powered by electricity rather than gravity?

We should note that in asking the above questions we are not in favor of monopoly central banking or state provided ” basic incomes.” We think the modern economy should return to an unmanipulated state. It is important for people to support themselves on their own because that is how freedom is created and sustained. And if you don’t have freedom eventually you get genocide.

But what elites have done especially in the past 200-300 years, especially, is gradually substitute an alternative reality for a real one. They’ve taken life as it would ordinarily be lived and substituted an unreality that seems real because it resembles what came before. (This blanket substitution may even have started with the so-called “industrial revolution.”)

Central banking is at the root and heart of it, and if monopoly central banking were removed along with intellectual property rights and corporate person-hood (and regulatory fiat) lifestyle solutions would begin to seem credible rather than counterfeit.

One more thought:  Elites may have decided that the best way to confront the Internet – which we believe they fundamentally misjudged – is to begin to tear down what they have build up. Now it seems our endless cocoon of falsehoods is to be ripped away in order to present yet another series of “solutions” … global ones.

As people lives dissolve around them, as their faith in politics, business and cultural certitudes are destroyed, desperation inevitably rises up to fill the void. The new solutions will be advanced and slyly or boldly implemented. The lies will continue, or so elites hope.

Conclusion:  If this systemic misleading is to be stopped, people need to become increasingly aware of the “matrix” they have been subject to. Then human action is feasible, either individually or in groups. But the first thing, perhaps, is to realize the massiveness of the deception. Nothing much is as it seems. Little is at it could – should – be.