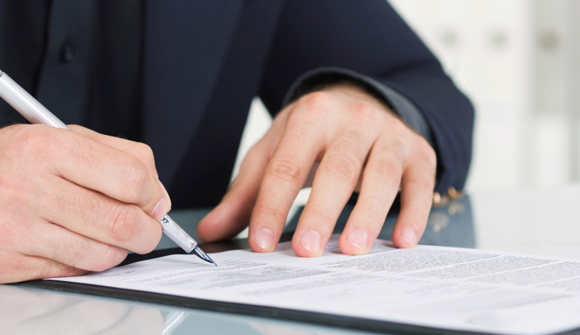 The Trans Pacific Partnership, one of the biggest multinational trade deals ever, has been signed by ministers from its 12 member nations in New Zealand. … US President Barack Obama said the agreement was a new type of trade deal "that puts American workers first". – BBC

Beware TPP. It's nothing more than the further formalization of the worst part of the 20th century: The warfare/welfare state.

It's just been signed in New Zealand by the 12 negotiating parties and now US President Barack Obama is pressuring Congress to get it passed quickly. Obama wants it passed so that the US will be able to "write the rules of the road in the 21st century," enabling it to shape global trade to its own advantage.

Obama is nothing but a puppet for Western banking interests that want to disguise and expand their growing global control via TPP. It will be a disaster that places multinational corporations on an equal footing with nation-states.

TPP is an authoritarian exercise that further solidifies various kinds of global "bigness" while squeezing out the average citizen.

A sister treaty is being developed for the "Atlantic." Taken together these two treaties support an ambitious and expanding technocracy that is intended – or destined – to manage the 21st century.

"Manage" is a polite description. The technocratic impulse is increasingly brutal and simplistic. The EU already functions under a kind of Napoleonic Code where you are guilty until proven innocent. In the US, over six million at any one time are subject to various forms of incarceration, often unjust.

Contrast this sort of enforcement with technocracy itself. The wealthy, young technocrats that will supervise tomorrow's nation-states are in school today, attending the best universities and socializing with each other in elegant academic settings. A new class division is increasingly cultivated.

Obama believes the Pacific trade deal "puts American workers first" but fortunately, the treaty is receiving widespread opposition, including from workers' groups. And now it has received opposition from the United Nations. Here, from RT:

The top United Nations expert on human rights has called on the 12 nations considering the Trans-Pacific Partnership to reject the massive trade agreement since in its current form it "is out of step with today's international human rights regime."

De Zayas was most concerned that nation-states were losing the right to self-regulation. In other words, these states were signing over their sovereignty. In a statement, he called the treaty, "A product of secret negotiations without multi-stakeholder democratic consultation" and questioned both its "transparency and accountability."

The nations involved in TPP include some 40 percent of the global economy, and other nations such as Thailand and Cambodia could join. Obviously, nothing so far has derailed the secret progress of TPP.

It's really incredible. In the US, a copy of the agreement was made available in the basement of Congress – under lock and key. This is the kind of bizarre behavior that gave rise to the Magna Carta and several bloody, national revolutions.

In addition to workers and de Zayas, TPP has opponents in the libertarian community, which questions the whole concept of the wise and concerned expert.

After all, what, really, is expertise? To a great degree it seems to be an endorsement of conventional wisdom that is carefully vetted to support the current status quo in numerous areas.

And yet, if nothing else, information circulated on the Internet has provided significant and believable alternatives in areas of health care, science and of course economics.

Expertise, it would seem, exists mostly in the eye of the beholder. The coming generation of technocrats will provide leadership based on pedigree and academic credentials. But the results will perpetuate the current quasi-genocidal (warfare/welfare) rule of Western elites.

What can YOU do? Maintain your skepticism and don't believe all you are told about technocracy's accomplishments as it increasingly emerges into the public space. Try as best as you are able to avoid its results. Emigration to countries not afflicted by it may be one remedy. Such countries might include developing ones in the Americas and Asia as well as various smaller locales such as island countries.

Conclusion: Use your judgment. Like everything else an increasingly desperate elite is propagating, the expansion of the technocratic regime will be neither steady nor pervasive. You CAN live free in an unfree world. Knowledge about what's actually going is the best way to defend yourself.