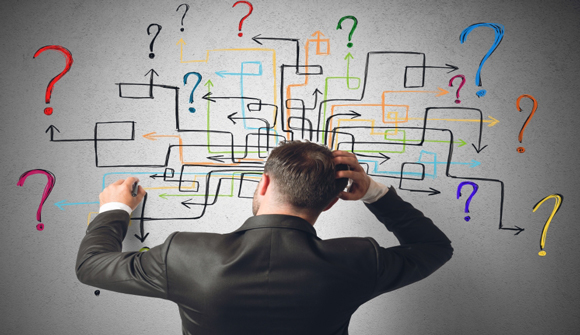 Trade deals like the TPP have grown so complex because the global trade community has figured out how to solve a problem that has bedeviled philosophers and political leaders for centuries: how to craft international agreements with teeth. The WTO's dispute-settlement process, which serves as a model for the TPP, puts pressure on countries to actually keep the promises they make in trade deals. That's why everyone with an agenda — wealthy investors, drug companies, labor unions, environmental groups, and so on — is scrambling to get on the bandwagon.

But the complex, secretive, and anti-democratic way the TPP is being crafted rubs a lot of people the wrong way. The agreement will have profound and long-lasting effects on countries that sign on, yet voters in those countries won't even be allowed to see the text until negotiations are over and it's too late to make changes. No wonder so many groups — the AFL-CIO, civil liberties groups like the Electronic Frontier Foundation, and even the free traders at the Cato Institute — have been raising concerns about it. – Vox.com, April 17, 2015

Frederic Bastiat supposedly said, "When goods don't cross borders, soldiers will." The quote is certainly true. Free trade between nation-states generally helps both sides prosper. It also reduces the chance of armed conflict. This is why libertarians like free trade.

As happens with other good ideas, people with ulterior motives like to hijack "free trade" and twist it for their own enrichment. Modern trade agreements have very little to do with free trade. As the quote above says, it covers a bewildering array of other topics.

This week Congress is considering a bill to give President Obama "Fast Track" negotiating authority for the Trans-Pacific Partnership. GOP representatives and senators are mostly for it, while Democrats are mostly against Fast Track.

Oddly, the same Republicans who won't trust Obama to negotiate a nuclear deal with Iran are ready to write him a blank check on the TPP. They're fine with letting him reconfigure a huge chunk of the global economy. Why? Because TPP has a "free trade" façade around its much deeper market intrusions.

Think about this. If free trade between nations were really the objective, would we need document libraries and secret deals? Of course not. The agreement would only have to be a few pages long. "The governments of country x, y, and z agree not to impose tariffs or otherwise hinder trade between themselves."

Free trade is simple. TPP is anything but simple. Therefore, TPP is not free trade.

Here is more from Vox.

As the opportunities for trade liberalization have dwindled, the nature of trade agreements has shifted. They're no longer just about removing barriers to trade. They've become a mechanism for setting global economic rules more generally.

This trend is alarming to Simon Lester, a free trader at the Cato Institute. "We've added in these new issues that I'm skeptical of," he says. "It's not clear what the benefits are, and they cause a lot of controversy."

And this system for setting global rules has some serious defects. We expect the laws that govern our economic lives will be made in a transparent, representative, and accountable fashion. The TPP negotiation process is none of these — it's secretive, it's dominated by powerful insiders, and it provides little opportunity for public input.

"A mechanism for setting global economic rules" is the opposite of free trade. The best rules are those set by a free market. Better yet, they are free and do not require secret negotiations.

The corporate defenders of crony capitalism and their toadies in the business press are trying hard to position TPP as a free trade agreement. It is nothing of the sort. It is selective free trade, with rewards for some and punishment for others.

If there were any doubt that the Republican Party is as anti-freedom as the Democrats are, its advocacy of TPP Fast Track ought to remove such doubt. Hopefully, their attempt will fail – but the fact that they tried tells us something.