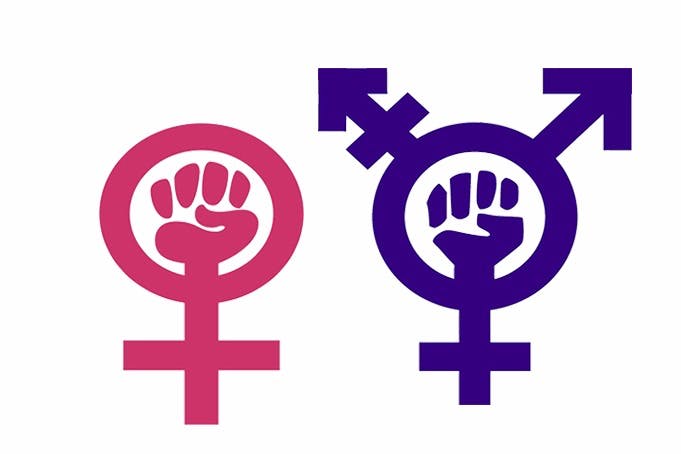 “So long as each one of us is more willing to trust another than to judge for himself, we never show any judgement in the matter of living, but always a blind trust, and a mistake that has been passed on from hand to hand finally involves us and works our destruction.”

The day of reckoning has come for the Left to bathe in the postmodern filth that it itself created.

Now, boys are girls when they decide they are and vice versa. It’s pure magic but also hard, empirically-driven science. Heteronormative denialism only serves as proof of one’s moral failings.

Subverting even the bare semblance of the original ideological commitments of feminism, so-called “trans activists” and their postmodern “allies” are rewriting the rules.

Women (i.e., females) are no longer the primary beneficiaries of feminism. Now, as SF woke Guardian columnist Rebecca Solnit puts it, “feminism is a subcategory of human rights advocacy, which means, sorry, you can’t be a feminist if you’re not for everyone’s human rights, notably other women’s rights.” 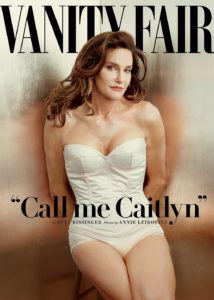 Bruce Jenner became a woman when he said so and when Vanity Fair put her on its cover with new pronoun instructions to the peasants on how she is to be addressed. Previously, she was a rich cis white man. Now she is a valiant of a persecuted minority on the march for progress.

Older generations referred to un-hip, old-fashioned relics of the past as “squares” in earlier times. Now, in place of “square,” the fashionable left derisively calls you some variation of “cis” + [insert personal insult] – as in, “cis scum.”

For many of us, the first time we were assigned the label of “cis” was utterly confusing. The term is to be found approximately nowhere in the medical or biological literature. It did not even exist until the 1990s when pioneering academics conjured the term out of their imaginations.

Since being slipped into the dictionary in 2015 by a compliant Oxford University, “cisgenderism” has become one of the hottest buzzwords in SJW word salads. Cisgender-bashing is lit on social media, as they say.

Exhibits A and B: Cis White Gays Disappoint Me Daily (Group description: “Seems like many gay white men are uninterested in tearing down systems of white supremacy and patriarchy.”) and I regret to inform you all that the cis are at it again! (Group description: “NO CIS MEN ALLOWED.”)

The intersectional sprinklings of anti-white and anti-male bread crumbs are offered to create multifactional, coalitional unity across identities – and to focus the hate firmly on the true Satan of Western imperialism: the straight, white, Christian male.

Being a cisgender male – and a white one at that — you are assumed to harbor a deep-seated and often subtly expressed hatred of transgender individuals (i.e., you are “transphobic”). This is because you are so uncool and so outdated.

Accordingly, society should swap you out for a neon-hair non-binary porkchop or — at a bare minimum – you need to get with the times (i.e., renounce and apologize for your cisgenderism and begin transitioning to your new life as a eunuch).

The simultaneous demands for special treatment via semantical engineering of new words woven out of whole cloth and total egalitarianism disorient the senses.

The self-contradiction also presents a crisis of conscience for the transgender activists. One the one hand, they insist on behalf of their alleged constituents (who did not elect them and who largely denounce them) that transgender people deserve full integration into the social fabric, all of the rights afforded to anyone else in a functioning society, and the same access to resources that anyone else might have – all reasonable conditions for living civilly in a civil society. In short, the activists insist on the “normalization” of transgenderism.

Being normal, or “square,” or “cisgender,” though, comes at a cost to social status as an object uniquely worthy of admiration and worship – for your bravery, for your perseverance, for your stunningness, for your slaying. Raaar, slay queen – hear you roar. 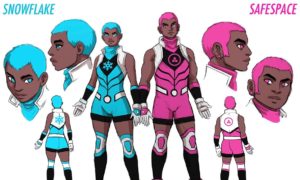 Accordingly, on the other hand, transgender activists insist on being treated as if their discovery in nature were tantamount to finding some exotic new creature of mythology – intriguing in every way that the ho-hum, mundane “cis” creatures of the white world could never be. The trans cultural value is unfathomable and obviously unappreciated by the “cis” masses – that amorphous, vanilla blob of Middle American corn farmers and factory workers. 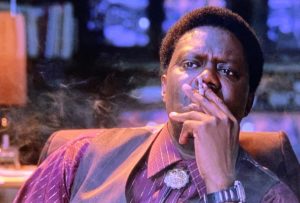 Bernie Mac’s prophetic words for trans activists: “You want all kind of set-asides. Special treatment ’cause you’re handicapped. You’re all the same.”

So… are transgenders fabulous entities who deserve their own special carve-outs on Mount Trans-Rushmore, or are they normal people trying to live normal lives?

The ultimate analytical error that one can make when assessing the state of the left’s political monologue with itself – an error that many within the feminist movement made — is the assumption that its ringleaders are acting in good faith.

Transgender activists do not rely on persuasion to achieve their objectives; instead, they rely on Orwellian language policing, semantical engineering, ostracization of dissenting voices, and, above all, on groupthink. The SJW ideological cult does not seek a consensus alone; they demand self-flagellating conformity to the group ethos.

Conformity is the sea that the SJWs swim in. Whoever taints their sacred sea with questions of truth or motive earns their contempt, a lesson that radical feminists have indeed received: “How pleasant is the sound of even bad music and bad motives when we are setting out to march against an enemy!”

Or, snap your fingers in unison. As the New York Times declared in its “cultural studies” piece, “Snapping Is the New Clapping.”

Ben Bartee is a Bangkok-based American journalist, grant writer, political essayist, researcher, travel blogger, and amateur philosopher. Contact him via his portfolio or on LinkedIn.