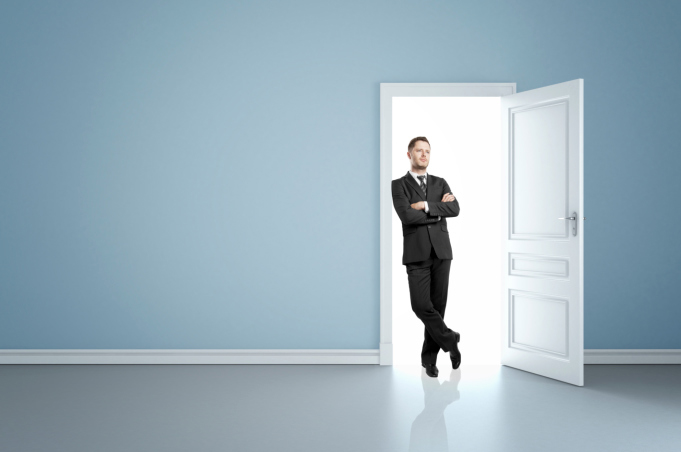 Corporate transparency … The openness revolution … As multinationals are forced to reveal more about themselves, where should the limits of transparency lie? … Howard Schulz, the head of Starbucks, said last year that "the currency of leadership is transparency." If so, bosses should be feeling ever more qualified to command their troops. Business is being forced to open up in a host of reporting areas, from tax and government contracts to anti-corruption and sustainability programmes. Campaigners are cock-a-hoop, but continue to demand more. Executives are starting to ask whether the revolution is in danger of going too far. – Economist

Dominant Social Theme: Too much public information and government supervision can interfere with business.

Free-Market Analysis: The idea behind this article is that openness is good and more openness is even better. The article makes a pretense of asking whether this is a sensible conclusion, but at the heart of the article is an argument for more transparency.

The idea is that governments should have more and more access to corporate inner-workings. This will gradually have the effect of reducing corporate corruption.

Three forces are driving change. First, governments are demanding greater corporate accountability in the wake of the global financial crisis. No longer is ending corporate secrecy—the sharp end of which is money-laundering shell companies—an agenda pushed merely by Norway and a few others; it has become a priority for the G20.

Second, investigative journalists have piled in. A recent example is the exposure by the International Consortium of Investigative Journalists of sweetheart tax deals for multinationals in Luxembourg.

The third factor is the growing sophistication of NGOs in this sphere, such as Transparency International (TI) and Global Witness. "Twenty years ago our work seemed an impossible dream. Now it's coming true," says Ben Elers of TI.

… The biggest push for greater openness has come in extractive industries. That is not surprising as these (as well as defence) have historically been pits of corruption. Progress has come at the regional level: EU states have begun to pass into law a new directive requiring country-by-country, and in some cases project-by-project, reporting of extractive groups' payments to governments. America should have introduced similar regulations by now, but these, mandated by the Dodd Frank act of 2010, are still on the drawing board.

… Hence the push for global standards. One may be emerging from the Extractive Industries Transparency Initiative, whose Oslo-based secretariat oversees the development of multilateral standards shaped by a coalition of governments, companies and civil society. The EITI is voluntary, but if a country signs up, all firms operating there must comply with its reporting guidelines. Almost 50 countries (including Iraq and Nigeria) have joined.

The EITI has backing from 90 firms, among them Norway's Statoil. Its head of sustainability, Hege Marie Norheim, argues that while not disclosing project payments might be better for short-term competitiveness, disclosing them is "better for the company's long-term stability".

This is the crux of this article, and the reasoning behind it: Global standards are what's sought, and this fits into our larger analysis of 21st century internationalism. Almost every significant regulatory event seems intended to make the world "smaller" and more highly centralized.

In this case we have three separate operative memes. The first is that regulations do what they say they will. The second is that government itself is the antidote to corporate corruption. The third is that modern corporations are the ineluctable result of modern capitalism. They are not.

Regulations encouraging more corporate transparency will actually create less of it. And it's not just transparency. Regulations aimed at white collar crime generally may have the opposite effect to what is intended. The more complex the regulations are, the less effective they are apt to be.

Then there is the idea that government officials themselves are appropriate conduits for regulation. Unfortunately, officials in a given field are apt to aspire to work in the private sector where there is more money. Thus, when it comes to the larger players, regulatory standards are often applied haphazardly or not with the spirit intended.

This "company" was chartered by the queen and was in many ways indistinguishable from the government itself. At one point it even controlled its own private armies and came to manage an astounding HALF of the world's trade, according to Wikipedia and various company books.

When corporations were chartered in the US under the new constitution, the chartering was left up to the states and was to be provided under guidelines that limited the size and scope of such companies.

But after the Civil War, the New York banks that wanted expanded corporate power pushed for various Supreme Court decisions that rebuilt the ancient British model.

This is the model that we operate under today, one that provides corporations with various forms of corporate immunity. Corporation officers hide behind a corporate shield and thus actions for which individuals would ordinarily be held accountable do no harm to the larger corporation. As a result, the corporation swells and grows, almost unstoppably.

You will look long and hard for allusions to the corporate personhood in this or any other Economist article. The REASON for gigantic modern multinationals is never discussed in its pages because they are the product of the modern regulatory state.

In a normal society pursuing normal private and public justice, the state would not pass laws enabling corporate personhood and such corporations would not suffer from the resultant gigantism.

Instead, however, we are faced with a different dilemma. Having mandated multinational status via the courts, the modern Western state now engages in further regulation to rein in these giants.

It would be far easier and more effective simply to undo the founding judicial decisions but instead regulation is piled on top of regulation to provide the appropriate restraining mechanisms.

And as we can see from this article, even the current regulatory status does not satisfy. We are seeing calls for GLOBAL regulation of global giants.

The system is positioned one way and one way only. It is headed toward more growth, more regulatory expansion and more incompetence and confusion.

Corporate transparency and openness will do nothing to arrest either the size or power of 21st century corporate behemoths. In fact, over time no doubt one or more of these multinationals will swell nearly to the size of the East India Company, with or without the private army.

As these companies advance, restrained only by a complex web of ill-applied regulation, the profile of the modern state resembles a "republic" less and less and corporate mercantilism more and more.

This is a deadly state of affairs, where huge corporate entities are empowered by regulation and judiciary force. The merger between the corporation and the state is increasing and the regulatory solutions will do nothing to arrest this trend.

Instead of ripping away the carefully constructed corporate shield, The Economist suggests only that we construct an equally intricate state facility. And so global governance becomes increasingly accepted and the evolution of international mercantilism becomes difficult to slow and probably impossible to stop.

Those who understand these trends will do their best to secure their assets away from the expanding mercantilist state. Even professional or political exposure will over time probably prove increasingly problematic.

The best thing one can do is secure one's assets and loved ones away from the current system – which is not what it seems.