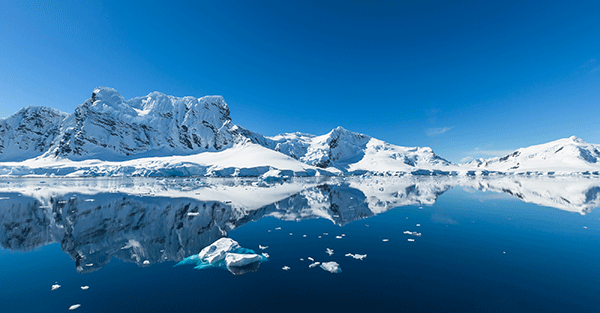 STAFF NEWS & ANALYSIS
Traveling to the Moon Again? Exploring the Antarctic Might Be a Better Alternative
By Daily Bell Staff - June 06, 2016

So now private trips to the moon are to take place.

And yet, there is plenty of controversy regarding moon trips.

A few years ago, various Chinese officials demanded a formal investigation into claims that the US even went to the moon.

CHINESE LUNAR ROVER FINDS NO EVIDENCE OF AMERICAN MOON LANDINGS … Top officials of the Chinese Space Program have come out this morning and expressed their feelings that the American moon landings “were a complete hoax” reports the Beijing Daily Express.

200 high-ranking officials from the Chinese Space Program have signed a petition asking explanations from the American government and the release of classified NASA information concerning the American moon landings that would prove to the World that the moon landings were not an elaborately orchestrated hoax to fool the World about America’s space program capabilities.

Of course, there have been accusations that the Chinese never landed on the moon, either.

But suspicions regarding American claims are shared by Russians.

Back in June, 2015, the UK Daily Mail posted an article on Russian skepticism.

A Russian official has has cast doubt on the first moon landings and demanded an investigation into what really happened after original Nasa footage of the event disappeared.

Vladimir Markin, a spokesman for the Russian government’s Investigative Committee, says he wants an inquiry after the video from 1969 and a piece of lunar rock, which was brought back to earth, went missing.

In an opinion piece in the Russian newspaper Izvestia, Mr Markin says that such an inquiry is vital to reveal new insights into the historical space journey.

Apparently, it is true that NASA erased the tapes. Here, according to the UK Independent, which commented on Markin’s demands:

In 2009, Nasa itself admitted that it had erased the original video recordings of the first moon landing among 200,000 other tapes in order to save money, according to Reuters.

However, Nasa has since restored copies of the landing, using recordings from other sources such as CBS News. The organization says that due to restoration efforts, the recordings’ quality is superior to the original one that has gone missing.

Why on earth would NASA destroy what may be the single-most important document in the history of mankind? Such actions are part of what fuel suspicion about NASA and the space program generally.

The idea is that NASA destroyed the originals because if placed on the Internet and subjected to scrutiny, they would reveal inconsistencies that would create a great controversy.

U.S. officials appear poised to make history by approving the first private space mission to go beyond Earth’s orbit, according to people familiar with the details.

The government’s endorsement would eliminate the largest regulatory hurdle to plans by Moon Express, a relatively obscure space startup, to land a roughly 20-pound package of scientific hardware on the Moon sometime next year.

It also would provide the biggest federal boost yet for unmanned commercial space exploration and, potentially, the first in an array of for-profit ventures throughout the solar system.

Long ago, we decided not to take a position on the moon landings. But we’ll continue to document apparent inconsistencies and to follow up on additional “space news.”

In this case, we anticipate, sooner or later, that the alternative ‘Net media will begin to suggest that the focus on space travel is intended to distract attention from a much greater and more credible mystery.

This has to do with the rumored existence of mineral-rich land on the other side of the Antarctic.

This claim, in fact, was made by  Rear Admiral Richard Evelyn Byrd, Jr., an American naval officer who explored both the Arctic and Antarctic.

Byrd, a Freemason, was the recipient of the US Medal of Honor, and in his trips to the Antarctic, he received funding from the US government.

Returning from the Antarctic, he gave a specific account of finding a large, unexplored land beyond the Antarctic itself.

You can see his account here, as he described what he’d seen during a television interview.

Conclusion: Due to an international treaty, the Antarctic is basically off-limits to people who want to explore it. But if there is a huge, mineral-rich land beyond the ice, as Byrd suggested, resources currently aimed at the moon might be better employed to explore what lies beyond the Antarctic.