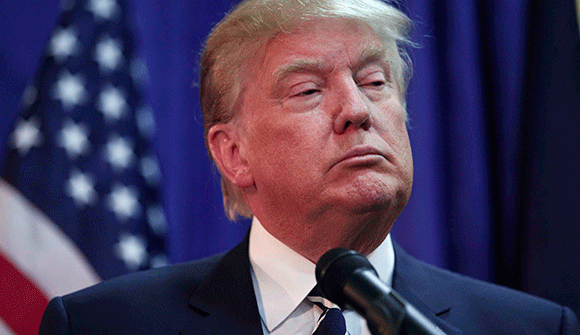 Trump’s rise disturbs world media … As the U.S. woke up Wednesday to the news that Donald Trump had triumphed in a majority of the states up for grabs in the Super Tuesday contests, the wider world also woke up to the prospect of a man whom some consider a demagogue occupying the world’s most powerful political office …   – Financial Express

The mainstream media is filled with howls about Donald Trump. Even the most positive articles about him tend to catalogue his political achievements within a larger context of GOP consternation and evident fury.

Here is our question, as close observers of the mainstream media: Is it propaganda of a sort? Is the evident antipathy orchestrated to serve certain purposes of a shadowy power elite?

To elaborate: Are those at the top of US society who evidently structure and control US elections creating a figure that is sympathetic to the tens of millions who are deeply alienated from almost every part of establishment society?

Is Trump himself part of a deeper plan? After all, by providing a significant political service to very powerful individuals, Trump could gain significant professional advantages.

There is no doubt that elite factions wish to destroy the US as a significant republican force. At the same time, they want the process to be a controlled one. The end game is to be carefully calibrated. Trump can help with that process.

Additionally, just as the mainstream media has focused on the negatives regarding Trump, so the alternative ‘Net media has taken an opposing perspective, often supporting Trump enthusiastically.

Ironically, then, the alternative media is celebrating a man who just a year ago would have been characterized – rightly or wrongly – by many of those outlets in a different and more negative light.

Trump’s GOP popularity is generated in part from his willingness to bluntly express problems the US is facing. Also from hints that some US narratives – 9/11 in particular – are not accurate.

Major politicians in both parties often don’t verbalize the tremendous difficulties the US faces. This is because the banking elites that wield power in the US and throughout the Western world have made sure the political class pursues policies that are in the long-term destructive to the US and Western nation-states generally.

The goal is a more centralized and international world. Politicians therefore have to pretend that monetary debasement, serial warfare, the anti-“terrorist” security state and other freedom-sapping and economically destabilizing policies are beneficial and necessary.

Simply by hinting at the reality of this larger conversation and its falsities, Trump attracts millions of enthusiastic supporters.

Yet the Trump phenomenon contains puzzling contradictions. As a high-profile businessman, he probably would want to stay away from the kind of controversies he has now cultivated.

And if one looks at his social and political history, it seems obvious that he was just as friendly with powerful Democrats as Republicans – and especially with the Clintons.

His past political pronouncements, what there are of them, don’t seem especially conservative or libertarian.

While businessmen are usually averse to bad publicity, his high-profile campaign continually attracts all sorts of negative press.

From the article excerpted above:

In Israel, writer Ari Shavit asked in the newspaper Haaretz: … “What enables a brilliant, dangerous, repulsive, rude clown to take one step after another toward the White House?”

In the Americas, former Nobel laureate Mario Vargas Llosa branded Trump a danger to the United States …  “[The U.S.] is a country that is too important for the rest of the world to have in the White House a clown, a demagogue and a racist.”

One is that Trump has entered the GOP race to ensure a presidential victory for Hillary Clinton.

Bill Clinton was accused of a similar strategy when he ran for president. At the time, a third-party candidate, Ross Perot, was said to have conspired with the Clintons to enter the race in order to siphon off Republican votes.

Time will tell if these larger speculations have any merit. In the meantime, Trump’s charisma, energy and blunt talk has captured large parts of the alternative media.

Unfortunately, even if Trump were elected, it is doubtful that he could do much to restore America’s “greatness.” The US federal legislative system is thoroughly corrupt and almost impossible to change.

Via current spying methodologies and subsequent blackmail of legislators, the military-industrial complex and intelligence agencies can likely block any significant moves to fundamentally change the status quo. Presumably Trump himself has areas that could present issues.

Also, Congress creates and passes legislation. To the degree that Trump could make his presence felt, it would be through unconstitutional executive orders. Thus he would be helping destroy the remnants of the constitutional process he supposedly wants to uphold.

Finally, as a larger than life figure, he might contribute to the expansion of presidential authority, also unconstitutional. And his continued success will certainly continue to disrupt the alternative media.

Think of Rome, and the emperors it endured. Were any of them – even the best-intentioned – able to redirect the decline of society and the violent degeneration of the Roman economy.

One man can do little or nothing when faced with larger systemic dysfunction.

Conclusion: Conserve your energy and husband your resources. Advance your personal goals and improve your professional circumstances. Look to yourself first and the larger system second, if at all.