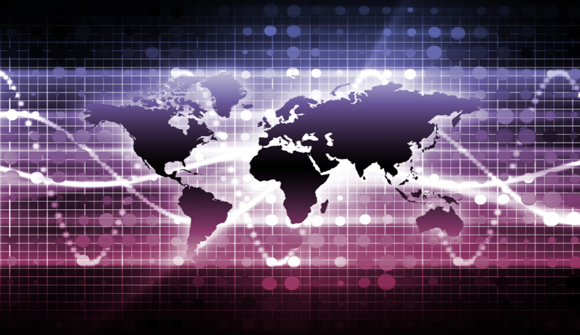 Happer is not wrong that carbon dioxide appears to bolster plant growth — the greening up of the Arctic has, indeed, been observed. But that comes with many other consequences, including melting of glaciers and thawing of permafrost, which can emit still more carbon dioxide to the atmosphere. -Washington Post

Physicist William Happer believes there is global warming but unlike most, he believes it is good for us.

The Princeton physicst questions whether we should have any concerns about it at all. “Increased agricultural yields and modest warming far outweigh any harm.”

Even a doubling of  carbon dioxide would not cause much real warming, he says, perhaps 0.5 and 1.5 degrees of warming. The UN believes the figures are more like 1.5 degrees – 4.5 degrees C.

Trees, plants and various farm-products are currently handicapped by too little carbon dioxide, not too much. More CO2 will help the world not hurt it, he thinks.

E&E News reported on the meeting but said it wasn’t certain whether the prof was under consideration for a post with the administration. Various science and energy positions remain open.

Happer is an eminent physicist who held prominent positions at the Department of Energy, as well as at his university, and has 200 scientific publications to his name.

But in 2009 testimony, he went even further in countering the scientific consensus on climate change, asserting that “the current warming also seems to be due mostly to natural causes, not to increasing levels of carbon dioxide.” Most scientists have been plain and very clear that carbon dioxide is indeed the cause of most of the current warming.

In 2011, Happer wrote a paper for First Things that characterized global warming as a “climate crusade.” He said it was based on distorted science and involved money hungry goverments and other manipulators.

Trump could certainly be considering him for a post given his recent interest in Robert Kennedy Jr. Kennedy has been an outspoken critic of vaccines, which he believes are laced with thimerosal, a chemical that may be causing autism in some who receive them.

Kennedy has reportedly been offered a role in the Trump Administration though the administration has denied it.

Bringing Kennedy onboard would cause a crisis among those who receive funds from the pharmaceutical industry. The industy reportedly lost some $20 billion when Trump criticized it during his recent press conference.

A huge amount of money is at stake based on what The Daily Bell considers to be false narratives, memes that are made up by elites to frighten people and make them pay in money and time for unnecessary alternatives.

Global warming is a false meme along with vaccines a number of other popular perspectives that people voice without doing any research, such as “overpopulation.”

If Trump does take on board numerous people with alternative points of view, it could make a big difference in the way such alternatives are viewed. It could also stem the steady march toward globalism that is occuring as part of a belief in such global warming, vaccines etc.

That’s because such beliefs are almost invariably accompanied by the notion that government should lead the way to remedies, the bigger the better.

Conclusion: Those who do not believe this tend to think government should stop trying to make such big changes. These people think that even if changes are taking place they ought to be left alone because government interference will not make things better, only worse.