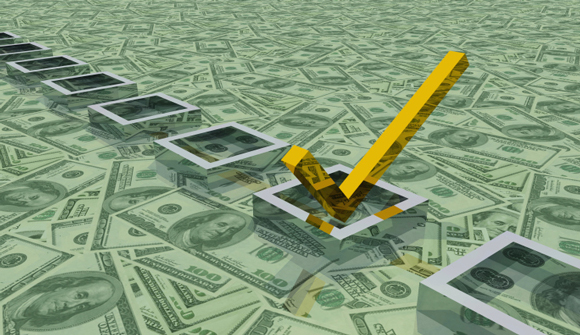 The GOP establishment has been plotting to consign Donald Trump to the electoral scrap heap ever since he entered the race. The question we should ask is why.

The GOP will say it's because he's a clown, he has no experience, he can't win, he's more a celebrity than a politician. This might all be true. But there's another big reason they'd rather not talk about.

At the debate and numerous public appearances, Trump has matter-of-factly stated that he is an equal opportunity donor to Republican and Democratic candidates—not for the purpose of civic duty or altruism, but in exchange for influence. He has openly deemed his gifts to politicians a business expense. He went so far as to declare, before 24 million viewers at the debate, that he uses his donations to obtain favors from legislators who are all too eager to bow to his requests.

[Trump] not-so-subtly implies that politicians are bought and paid for by him and other financial moguls. And he expects a fair return for those dollars, measured in policy rewards like zoning adjustments, subsidies for building projects and long-term tax relief.

In short, he lets the cat out of the bag about something the political system has spent more than a century to disguise. – Talking Points Memo, Aug. 13, 2015

Donald Trump's persistent poll lead puzzles both journalists and political operatives. Despite breaking all the normal rules of electoral politics, he obviously appeals to a sizable voter segment.

Yet another paradox is that, in the course of pursuing public office, Trump is highlighting the fact that representative democracy is a façade over a much uglier reality. Voters are simply objects that powerful individuals and groups manipulate as necessary to achieve their goals.

GOP leaders can say, correctly, that Trump's Republican credentials are weak, but doing so simply exposes the mendacity of the other primary candidates. All prove, in various ways, that money is the route to power. Democracy will remain an illusion as long as money can buy votes.

Trump is a problem for the GOP (and will become one for the Democrats) because with every word he exposes the hypocrisy of American politics. Other politicians pretend money doesn't matter; Trump proves from his own experience that they are wrong.

While the problem is clear, is electing Trump the solution? I think not. Trump's honesty about money-driven politics does not mean he would stop it. Quite the opposite; he gives every indication the game will go on unchanged if by some miracle he reaches the White House. Hence, a vote for Trump will not be a vote for change. It will be a vote for more of the same, with slightly less camouflage.

The bigger danger for both parties is that Trump reminds people how little their votes really mean. This can only add to the widespread frustration that is beginning to boil over. Trump is accelerating a process that was already underway. We may not like the consequences.