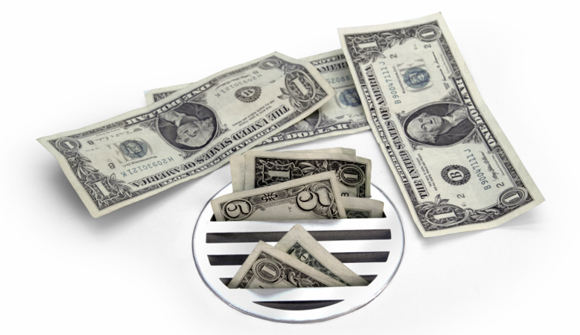 How Big Government Has Outlasted Presidents for a Century … Trump’s recent flurry of executive orders mandates that for every new regulation issued by any agency, two must be eliminated. This comes on top of a federal hiring freeze and vows to reduce administrative bloat and otherwise force the government bureaucracy to conform to the kinds of expectations that govern private business.  While Trump sees himself as an outsider president bringing new ideas to Washington, these particular ideas would be painfully familiar to his predecessors.  –Bloomberg

Trump’s idea of cutting two rules for everyone put into place is a fine but Bloomberg has actually printed a pretty good article about the chances of Trump doing as he says – which are slim to none.

It’s not necessarily Trump’s fault. As this article shows, the federal bureaucracy is very inventive and can figure out ways to fight back.

Not even anti-government crusader Ronald Reagan was able to lessen the regulatory burden in any significant way.  Can Trump triumph where so many stumbled? He’s already buckling to pressure on the hiring freeze. And if history is any guide, his only chance at success depends on something he’s avoided so far: the hard work of building a bipartisan consensus across all branches of government.

Here’s what he’s up against.  Reform efforts arguably began with President Theodore Roosevelt, who made his feelings known with this quip: “Our executive government machinery should be at least as well-planned, economical, and efficient as the best machinery of the great business organizations, which at present is not the case.”

Roosevelt’s campaign for efficiency and accountability gave rise to the banal-sounding Committee on Department Methods, which sought to impose order on the burgeoning federal bureaucracy. Like many of its successors, it largely failed, even if it helped establish the idea that the president, as much as Congress, had the power to review and reform the federal bureaucracy.

We can see that previous presidents failed when it came to cutting bureaucracy. Part of the problem may be that the bureaucracy itself was not cut back. Cutting regs is one thing. Cutting the people who create the regs is another.

Congress itself sometimes opposes reforms by sustaining certain projects and agencies. When President William Harding tried to cut government spending, Secretary of Commerce Herbert Hoover enthusiastically took up the cause, but did so in way that gave a lot more power to his own agency. Other secretaries refused to go along with his suggestion.

Hoover tried once more from retirement, but ultimately was not much more successful. In fact his changes eventually gave rise to yet another agency, the General Services Administration, that today has some 12,000 people in it and a budget of $20 billion.

Ronald Reagan tried too, but ultimately government still grew bigger, though he did manage to restrain growth for a while. Clinton’s National Partnership for Reinventing Government tried to turn bureaucrats into change agents but this was no more successful than any other approach. Like Reagan, he did have some initial success but nothing long term.

Trump’s “twofer” rule is probably not going to make any long term difference either. In fact, it is a kind of PR effort. It sounds good but doesn’t do much for reasons mentioned above.

It’s a reason we regularly write that politics cannot make much of a difference, not long-term. Office holders are for the most part concerned with holding onto their jobs. Making big decisions that affect the DC bureaucracy is not high on their list of change making efforts.

Trump is apparently trying to keep his word about draining the swamp but his cabinet picks, including bankers from Goldman Sachs, show just how difficult the process really is.

Conclusion: Chances are he will move on to other areas that create more of a PR splash with less effort. And smart people will have to move on by themselves, without much help from the government, which is not really, after all, in business to help them.