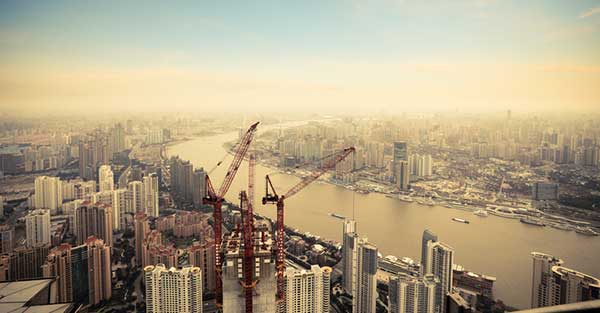 New York Times … With ‘Smog Jog’ Through Beijing, Zuckerberg Stirs Debate on Air Pollution … Some noted he should have worn a face mask … Others simply took umbrage with where the photo was staged, at the heart of Tiananmen Square.“The floor you stepped has been covered by blood from students …” wrote a user named Cao Yuzhou. – New York Times

Mark Zuckerberg’s China trip turned surprisingly “hot.” There was a lot of local coverage regarding his recent jog, and some leaked into the Western mainstream media as well.

This reinforces a trend when it comes to Facebook coverage in the West. The mainstream media reports on Zuckerberg with a dutiful persistence based on his wealth and youth and doesn’t make much of a distinction as to what ought to be written about.

For instance, the media is as apt to cover his wife’s pregnancy and the breed of his pet dog as they are to report on his neighborhood real estate controversies.

Much more importantly, the news about his gigantic company is mostly of a “just-the-facts” variety.

The subtext of the “meme” is simply that Zuckerberg is a phenomenally wealthy and youthful genius whose actions are newsworthy because he is making them.

You certainly will not read that Facebook has strong ties to the CIA. Or that many of Facebook’s “innovations” are designed to enhance the transparency of user activities in order to benefit law enforcement.

For the most part, unless it is in financial news, you won’t read about the struggles of Facebook to shore up its audience.

You won’t read that it has lost up to half of its younger viewers in the US and that its US growth has slowed generally.

Nor will you read that Facebook has got to find new users overseas to make up for the viewers it is losing in the West.

Meanwhile, the ruling Chinese Communist party is happy to have Facebook as part of their Internet network so long as Facebook plays by their rules.

Zuckerberg is in China to negotiate the flexibility of those rules. But no matter what deal Zuckerberg comes away with, the reality is that he is negotiating in a repressive environment.

This is a regime for instance that arrests citizens for using the Internet in a number of ways. People can go to jail for long periods of time for making even mildly critical statements about the Chinese government. Even looking at websites that are critical of the establishment can be dangerous.

China is an extremely authoritarian country despite the “capitalism” that pervades the economy at the lower levels.

At high levels, observers have reported that the Chinese Communist Party controls major elements of finance from the commercial banks to the Chinese Central Bank and the larger industrial enterprises as well.

At the top of the financial hierarchy resides a Communist party monopoly.

This is actually not so different from the way things work in the West these days. Western governments have enormous power over the “private sector,” as well. But in China it seems even worse and more overt.

When it comes to Facebook, it is clear that almost from the beginning Facebook was seen by the CIA and other US intelligence agencies as a promising way to gather information on US citizens without them knowing about it.

Both Facebook and China represent a kind of “new fascism” that has terminally blurred the lines between private and public enterprise – and further jeopardized the freedom of billions as a result.

Nonetheless, many in the investment community in the West are increasingly positive about Facebook.

Recent articles in the mainstream media point out that because of its Internet dominance, Facebook is the one stock to buy at a time when the larger investment marketplace may not see significant moves this year.

In fact, Facebook’s equity valuation has moved from the low $20s in 2013 to over $100 today. But it is certainly questionable how much higher it can move this year given the larger issues that surround Western equity markets generally.

China Inc. – as an investment – is similarly challenged. The growth of the past decade has been decidedly diminished by the great worldwide “recession” that began in 2008 and continues today.

China’s economy has suffered as a result, and its financial markets took a tremendous beating in 2015. Whether the Chinese government can engineer a so-called “soft landing” of the economy remains to be seen.

What is the ultimate argument for avoiding investments in either of these enterprises – China Inc. or Facebook?

It is simple enough: They are fundamentally anti-freedom despite the enormous investments they have attracted.

The Chinese Communist leadership is a consistent abuser of human rights and free speech, while Facebook dedicates significant effort to undermining our personal privacy.

At a time when politics in the US are moving toward a confrontation with the powers-that-be over a broad spectrum of anti-freedom activities, it is important to select your investments carefully.

Conclusion: Invest in companies and countries that respect human rights and that are not pushing for less freedom in the world. Investing is not just about turning a profit, it’s about putting your money into what you want to see more of in the world. The power you hold in terms of where you invest your money has far more impact than any vote you can cast in a ballot box.