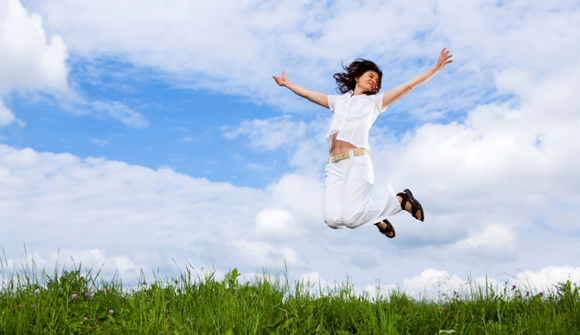 STAFF NEWS & ANALYSIS
UBS Finally Made Some Money for Someone
By Staff News & Analysis - November 01, 2013

Swiss bank bailout turned poison into profit … When the final chapter of the UBS bailout closes in November, the bank accounts will show tax payers, ordinary account holders and small businesses as the chief beneficiaries. It's been a success story that's proven difficult to repeat elsewhere in the world. Far from losing money on the $31.8 billion (CHF29 billion) rescue act, the government has already made more than a billion dollars and the Swiss National Bank (SNB) is expected to rake in around $6 billion. The bailout was once hailed by former UBS boss Oswald Grübel as: "The best piece of business the central bank has ever done." – SwissInfo

Dominant Social Theme: By working out a proper deal, the Swiss government was able to make the country a happier and more productive place.

Free-Market Analysis: We used the word "country" above to exaggerate a logical flaw: There is no "country." There is a Swiss culture but from what we can tell, the people partaking of the culture are not in any way happy with UBS regardless of how the "bailout" turned out.

Why should they be? The Swiss have lost the idiosyncratic knack of being the banker to the world. Their private banking industry is in ruins, their top businesspeople are fighting the US regulatory behemoth from long distance and the salvaged entity – UBS – is a bloated creature of Anglosphere banking, straddling the uncomfortable divide between regulation and industry.

As far as the money itself is concerned, why should the Swiss rejoice? They're not getting the money, really; their government is. And governments in the 21st century are always apt to overspend. Thus, the money will be gobbled up quickly, and then reprinted once more by the central bank.

It's all funny money, printed from nothing, anyway. It would make a difference if the Swiss had retained their link to gold, but the gold franc is long gone, another victim of "modernity." There is a big difference between the public purse and family savings.

So it is doubtful the Swiss will notice this triumph even if it does give pro-government technocrats something to cheer about. Here's more of this gripping tale:

The main element of the bailout was the creation of the Stabilisation Fund (StabFund), a so-called "bad bank" designed to absorb a huge chunk of toxic assets that threatened to drag UBS into oblivion. It was born on October 16, 2008. Swedish model

The world was in the grip of a financial crisis that one month earlier had claimed the scalp of Lehman Brothers, one of the most prestigious investment banks on Wall Street. Dozens of other banks were threatened with imminent collapse, not least UBS that incurred $50 billion losses from the debacle.

Governments and central banks around the world were buying up stakes in banking giants and producing massive sums of emergency liquidity just to keep the financial system running from one day to the next. Switzerland turned to the bad bank bailout model that had been successfully applied in Sweden during the 1990s.

The StabFund took on UBS toxic assets with a rapidly declining book value of $38.7 billion. The $25.8 billion that came from the SNB guaranteed the lion's share of potential losses with the StabFund, while the government injected $6 billion of emergency liquidity into UBS.

"It was the Swedes who first showed how it could be done," Tobias Straumann, professor of economic history at the University of Zurich, told swissinfo.ch. "They applied a two-pronged approach of recapitalising banks with government funds while creating bad banks to relieve struggling banks from their toxic assets."

"If you proceed correctly you usually have a fair chance of breaking even, but it is quite unusual to make a profit on both the recapitalisation and the bad bank as happened in Switzerland."

The Swiss model has proved financially more successful than the Swedish break-even initiative of the 1990s and has taken just five years to wind up completely. Recent bailouts in other countries will take many more years to unravel at unknown cost to the taxpayer.

Part of the reason for the Swiss success was that the worst problems were confined to just one bank. Credit Suisse was able to sort out its own mess, having spotted the impending doom earlier than its rival. This allowed the Swiss authorities to concentrate on ring fencing toxic assets (separating a portion of a company's assets or profits without splitting up the entity) from just one source and to liquidate them in an orderly fashion.

Oh, boy. Can't you feel the excitement? Pardon us for not sharing. As we've long pointed out, UBS represents the very worst of what Switzerland has become from a free-market banking standpoint. Its salvation will doubtless provide a further model for Swiss banks, which will now come to look more and more like US and British banking.

It was UBS's determined pursuit of international banking that damaged it to begin with. The bank's officials compounded an initial bad strategy, which was to actively solicit wealthy US citizens for tax avoidance purposes, with the creation of a subsidiary network residing in the US. When US officials had had enough of UBS's antics, they threatened to shut down the UBS facility and thus UBS was drawn into a US regulatory and taxation tussle.

We haven't bothered to try to track the ins and outs of how this occurred, but we do note the mainstream media has been covering this catastrophe on a regular basis. Somebody, it seems to us, wanted this to occur.

Yes, at this point we wouldn't discount anything. Top brass at UBS built a huge presence in the US and then pursued a series of rash policies almost guaranteed to bring them into conflict with US regulators. Even that might have been forgivable from a business-strategy standpoint if UBS was prepared to give up its US subsidiary. But it turned out for some reason that it was not.

Somebody, somewhere made the determination that UBS would continue on as an international facility with US exposure. And now the resultant mess has changed the way the Swiss do business.

The Swiss reputation for probity and protectiveness is gone. This is in no way a good thing. The smaller the world gets, the more powerful the regulatory and taxing authorities become.

If people believe that enhancing Leviathan's powers is ever a wise idea, they simply have to look at the blossoming IRS scandal in Washington DC. Officials denied various groups nonprofit status because of their political affiliations and just yesterday emails became public that show certain members of the IRS were working directly with the Federal Election Commission on the matter. That may well constitute a felony.

In reality, nobody with a grasp of history would feel especially triumphant over the UBS scandal and its subsequent unraveling. Yes, the Swiss taxpayer made some money – as if that really makes a difference in a central banking economy. More importantly, Swiss banking has been decimated, Switzerland's reputation as a center of international finance has been damaged.

The emergent model of Swiss investing is UBS – a sullen and injured clone of the Anglosphere paradigm. Congratulations.