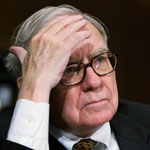 Up until this morning financial markets had assumed life was getting back to normal – but that was then. To say this morning's growth figures came as a shock is an understatement. The 0.8% contraction in the economy during the three months to June came as a big – and very much unwelcome – shock to the City. Up until 9.30am today, the financial markets had assumed that life was getting back to normal. Sure, there had been a precipitous drop in output in the last three months of 2008 following the collapse of Lehman Brothers. Sure, that decline had continued and worsened in the first three months of 2009 as the problems of the financial sector spilled over into the real economy. – Guardian

Free-Market Analysis: The news about Britain's continuing slump is not especially surprising. Not good news for Gordon Brown (pictured left). Nor for everyday Britons, apparently, as the continuing contraction is indeed a shocking reality yet to be fully digested. This can only be the case because the common wisdom is Keynesian – after the high-profile socialist economist John Maynard Keynes. What are you supposed to do when faced with a savage downturn? Why spend more government money, print more money and generally act as if the difficulties with the economy have to do with a lack of purchasing power rather than with central bank distortions. Here's the way the Guardian article puts it:

Up until 9.30am today, the financial markets had assumed that life was getting back to normal. Sure, there had been a precipitous drop in output in the last three months of 2008 following the collapse of Lehman Brothers. Sure, that decline had continued and worsened in the first three months of 2009 as the problems of the financial sector spilled over into the real economy.

But that was then. Policy had been loosened. The banks had been bailed out. Consumers had been showered with cheap money. Surveys showed signs of returning confidence across the economy. All the conditions were in place for a classic v-shaped recession, with growth recovering as quickly as it had declined. The strong performance of the financial markets in recent weeks reflected that upbeat view of the world.

Surprised? Every "I" had been dotted, every "t" crossed. "Policy had been loosened. The banks had been bailed out. Consumers had been showered with cheap money." And what happened as a result? The economy sank further. Fewer jobs were created. More businesses closed. Banks did not lend. The Keynesian nostrums failed to work. The Guardian is surprised. How can this be? Here is a further analysis from the same article:

Why are the figures so bad? It's quite simple, really. Consumers are battling against ferocious headwinds: rising unemployment, wage freezes, negative equity, expensive and rationed credit. Businesses are struggling to find banks willing to provide them with working capital and have mothballed investment plans. The situation would be even worse without the policy stimulus provided by ultra-low interest rates, record public borrowing and the £125bn of electronic cash injected into the banking system via quantitative easing. But faced with a financial and economic crisis unprecedented since the 1930s, the package of monetary and fiscal support has only been able to slow the pace of decline. So far, it has been unable to turn the economy round.

Notice how this analysis is circular. There are problems with the economy and the solutions haven't made a difference. Now consumers battle against ferocious headwinds, unemployment and rationed credit. Wait a minute. This is the analysis? It's not. It's a description. This is the kind of writing that passes for analysis in the mainstream press, and the Guardian, a left-wing paper, is almost indistinguishable from other papers as regards this sort of critique.

The truth is fairly simple, in fact. We've been writing about it busily here at the Bell. It's all over the Internet if you care to look. The problem with the economy is over-printing of money by central banks causing a boom and then a bust. The bust this time around was especially terrible and the only way to deleverage the economy and unravel the mal-investments is to let the bankruptcies take place while cutting taxes and, best case, doing away with central banking entirely by reverting to a precious metals standard that cannot be easily tampered with. The solutions are clear and simple. Yet those in power continue to implement solutions that don't ameliorate the situation and in fact exacerbate it. No wonder the average citizen is confused.