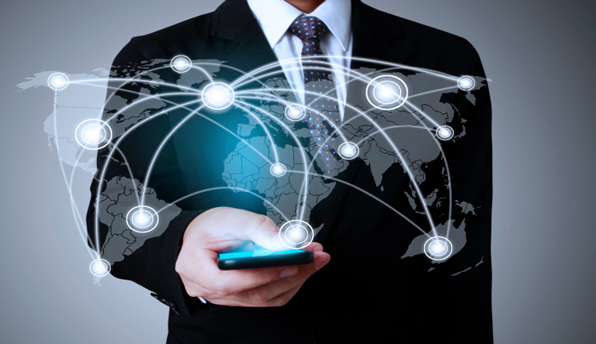 "F*** the EU": Top State Dep't official's phone call to U.S. ambassador in Ukraine leaked online. I'd call it a bombshell, not because of what's being said but because we're able to listen to it at all. The identities of the speakers haven't been officially confirmed but Jay Carney didn't deny when asked that this is Assistant Secretary of State Victoria Nuland and U.S. ambassador Geoffrey Pratt spitballing about whom they'd like to see lead the opposition in Ukraine. The F-bomb is deployed because Nuland's frustrated that the EU isn't doing more to pressure Viktor Yanukovych, the Putin-backed Ukrainian president whose recent deal with Moscow instigated the last few months of protests. – HotAir

Dominant Social Theme: An embarrassing incident is blown out of proportion.

Free Market Analysis: This article shows us once more that the practice of statecraft is becoming more difficult. All high officials in the West and probably throughout the world are tapped … and this is the age in which we live.

But what makes this article worth analyzing is what it reveals about the way that Washington relates to the rest of the world. When we read this article and consider Victoria Nuland's statements it becomes clear that the US is intimately involved with every part of the Ukraine's rolling regime change.

The leak appears to be a smear campaign aimed to split the EU and U.S., who have been critical of the Ukrainian government's handling of the more than two months of anti-government protests. The tape is also likely to fuel Russia's claims the U.S. and EU are manipulating and even funding the protest movement in Ukraine…

[The unknown YouTube user who uploaded the clip] posted a second audio clip that appeared on YouTube of a conversation in German presumably between Helga Schmid, deputy secretary general of the EU's External Action Service (EAS), and EU Ambassador to Ukraine Jan Tombinski.

The two voices discuss how the EU is seen by the U.S. as being "soft" on Ukraine. The security breach is the bombshell. … Carney pointed the finger squarely at Russia, which is the logical conclusion. It would, I hope, require government resources to unscramble a call like this, and Putin's the one who benefits most if the U.S. and EU are at each other's throats.

… "Coincidentally," news of the call broke big on a day when Nuland herself is visiting Ukraine, just to maximize the embarrassment. Whether this is a veiled threat, to signal that Russia has other, more damning recordings that might be mysteriously leaked, or something else is unclear, but it's perfectly clear that the NSA has (or had) the capacity to respond in kind at even higher levels of government.

This article explains a lot but it also leaves out a lot. Other reports go into far more detail about what Nuland was actually saying. The longer conversation shows clearly that Nuland and her superiors were involved in the details of the new Ukrainian government and were basically dictating the personnel that would fill various positions.

Nuland's curse regarding the EU is noteworthy but only when one puts it into the larger context. And that context is that in the Ukraine as elsewhere the US and Britain are the primary culprits behind regime change. The tape is important because it makes deniability difficult.

Review the larger narrative of US involvement and the phrase "directed history" comes to mind. The US along with Britain, France and probably Israel are destabilizing countries throughout the Middle East and Africa.

Even Al Qaeda is being used in this process. Al Qaeda has fought on the side of destabilizing forces in Libya and Syria.

But there were numerous countries destabilized before these two. Perhaps the first one in this recent series of aggressions was The Ivory Coast. French and UN troops negated a lawful election and substituted a Muslim president for a Christian one.

This set a precedent. In short order, Tunisia, Egypt and Libya were involved in regime changes and in each case an Islamic regime replaced a secular one.

And while shooting wars were taking place in these countries, Sudan was being divided into a North and South and Mali, near Libya, was being destabilized.

Look at a map and observe these countries in Northern Africa along with various Middle Eastern countries. Add in Somalia, which is experiencing considerable violence, and Kenya, which has been recruited as a proxy army for the West in the Somalia conflict.

Survey a map and it will become evident that the entire area of Northern Africa is involved in some sort of organized violence or other. This strip of land is surely as large as the continental United States.

Under the guise of training "youth" to campaign for democracy, the US State Department and CIA infiltrated agents into a number of African and Middle Eastern countries. This has been admitted and reported on. It is fact. But nonetheless, the mainstream Western media refuses to provide a full picture of what is taking place in Africa and the Middle East.

What is evident to any observer who understands the facts is that Western powers are for some reason creating an Islamic crescent that will stretch throughout the reason. As we have reported previously, Western powers apparently want to increase religious tension and are using regime change to do it.

What we have described above is directed history, the preferred methodology of the power elite for the past century or more. Perhaps it has always been this way throughout human history …

But what is new is the way what we call the Internet Reformation can destabilize the dominant social themes that the top globalists rely upon to move the world in the requisite direction.

Leaks of global warming emails effectively destabilized the climate change meme. And this State Department leak begins to show us the control that the US is exercising in the Ukraine and the arrogance with which government personnel wield US power.

In fact, there are very few places where the Anglosphere is not dominant today. This is the big secret that Western elites are not prepared to reveal just yet. But now perhaps their hand has been forced.