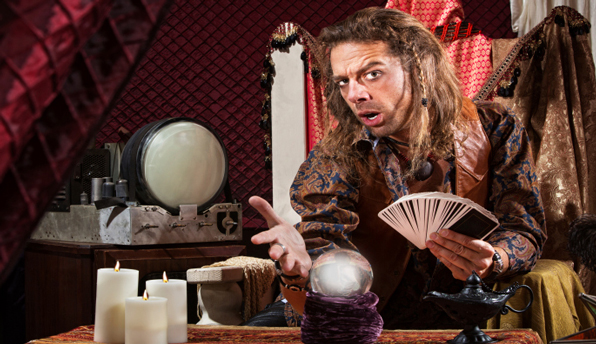 STAFF NEWS & ANALYSIS
UN Climate Change Predictions Are Probably Not the Most Important Ones
By Staff News & Analysis - April 01, 2014

World already feeling effects of climate change, says UN Report … Climate change is being felt in all corners of the globe and some parts of the natural world may already be changing irreversibly, an assessment by the UN Intergovernmental Panel on Climate Change has found. The report on the impact of climate change – released on Monday and the first of its kind in seven years – stresses the likelihood of an increase in severe and irreversible damage to the planet if high greenhouse gas emissions continue and the planet warms significantly. The report is the result of years of work by 309 lead global researchers. It is the second part of the panel's fifth assessment of climate change. – SMH

Dominant Social Theme: The IPCC has spoken. That ought to settle it.

Free-Market Analysis: The IPCC has reaffirmed again what is undoubtedly true: The climate is changing. In fact, the climate changes every day.

The climate change meme has thus been a very clever substitution for "global warming," as the latter was disprovable while the former is not.

Also, given that patents show that weather manipulation is possible, we tend to believe that the globalist proponents of climate change will manufacture climate "incidents" in order to create a consensus for action.

Hell, if a consensus cannot be created, they STILL will act. This is the way the power elite operates these days.

Racing the Internet's disclosure of their activities, their manipulations become more blatant. The IPCC – entirely controlled by pro-climate change forces – is just one more instrument in their tool kit.

Changes are … being observed broadly around the world, including to water systems, wildlife and crops. There are early warning signs Arctic sea ice and corals are already changing irreversibly.

The average global temperature has risen 0.85 since 1880. Threats become high to very high under four degrees warming. Risks under this scenario include severe damage to human and eco-systems, substantial species extinction and threats to global food security.

Dr Chris Field, co-chairman of the research team behind the report, said climate change was not something that was far off in the future. ''We look around the world and see widespread impacts of the climate changes that have already occurred. Many of these have real consequences,'' he said.

''Vulnerability, the susceptibility to be harmed by climate change, is really widespread in society. There are vulnerable people, vulnerable activities, distributed around the world.''

Amid the projections for the world as climate change worsens this century is a rising risk of species extinction; the effect on crops; displacement of more people and significant economic losses. The report says the world's poor will be most under stress as climate hazards multiply their problems.

But the impact of recent bushfires and floods show lack of preparedness in all countries, regardless of development level … The IPCC report says there is still uncertainty about the timing and severity of climate change and pitches the challenge as needing to identify and manage the risks.

The summary identifies eight global risks it considers highly probable and irreversible. They include death, injury and disrupted livelihoods due to storm surges; coastal flooding and sea-level rise in low-lying areas; breakdown of critical services such as electricity, water supply and emergency services due to extreme weather; food insecurity due to warming; drought, flood and extreme rainfall, particularly in poorer countries.

A third part of the report about ways to cut greenhouse gas emissions will be released in mid April.

There is no suspense about what will occur in April, of course. The IPCC will call for a variety of potential palliatives to the extraordinarily threatening problem of "climate change."

The ramifications are probably not what the IPCC and its backers intend, however. There is simply too much skepticism in the general public regarding this dominant social theme for any "solution" to be regarded as credible among large swaths of the public.

And thus, whatever the IPCC suggests, or whatever various nations implement, a large portion of the population will be unhappy.

This is not the way dominant social themes are supposed to work. The modern version of directed history is supposed to convince large portions of the population of the rightness of a given policy. Otherwise, why bother?

In the Internet era, so many power elite memes are simply failing to be believable. Even the feedback comments on mainstream websites are often filled with vituperation against government officials and military and monetary policies. People are angry and getting angrier.

The power elite is surely aware of what has taken place by now. But still they press forward with a variety of memes, pretending that there is greater credibility attached to them than there is.

Lately, we've noticed a stream of eminent individuals – actors, politicians and activists – calling for "climate deniers" to be disciplined by fines or even incarceration. The idea is that "climate change" is settled science and those who speak out against such science are actively undermining the health of the world and the people in it.

Such possibilities would be troublesome were they not so transparent. Elite memes are failing to convince, as we predicted long ago. The ramifications are serious and even unpredictable. But with every meme that runs into trouble, the dream of a formal globalist reign becomes more evanescent.

The sociopolitical and economic changes now evolving will be a good deal more significant than anything the weather can deliver.