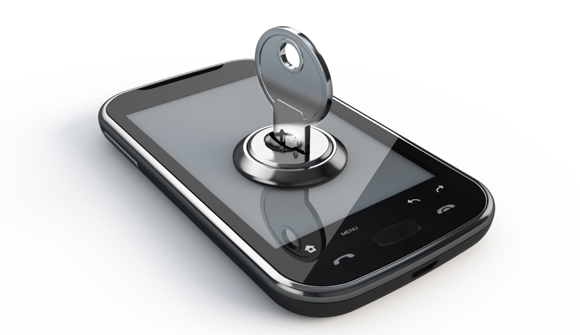 For months, federal law enforcement agencies and industry have been deadlocked on a highly contentious issue: Should tech companies be obliged to guarantee government access to encrypted data on smartphones and other digital devices, and is that even possible without compromising the security of law-abiding customers?

Recently, the head of the National Security Agency provided a rare hint of what some U.S. officials think might be a technical solution. Why not, suggested Adm. Michael S. Rogers, require technology companies to create a digital key that could open any smartphone or other locked device to obtain text messages or photos, but divide the key into pieces so that no one person or agency alone could decide to use it?

"I don't want a back door," Rogers, the director of the nation's top electronic spy agency, said during a speech at Princeton University, using a tech industry term for covert measures to bypass device security. "I want a front door. And I want the front door to have multiple locks. Big locks." – Washington Post, April 10, 2015

Edward Snowden and other privacy advocates urge all citizens to encrypt all communications routinely. This, they say, will force the National Security Agency to abandon its "collect it all" practice.

We don't know if that is true or not. We do know that Apple's decision to give iPhone data strong encryption by default has the intelligence community in a panic. Law enforcement leaders don't like the idea, either.

The proposed solution is to have technology providers like Apple build a "back door" into their devices. Uncle Sam would get a key to that back door. The logic ought to chill anyone who cares about privacy.

Consider this from the Washington Post article linked above.

"What we're concerned about is the technology risks" bringing the country to a point where the smartphone owner alone, who may be a criminal or terrorist, has control of the data, Deputy Assistant Attorney General David Bitkower said at a recent panel on encryption hosted by the nonprofit Congressional Internet Caucus Advisory Committee. That, he said, has not been the "standard American principle for the last couple of hundred years."

You read it right. The idea that a smartphone owner alone has control of his or her data is a "risk," according to Deputy AG Bitkower. That's not the "standard American principle."

Bitkower no doubt also believes that up is down, water is dry and war is peace. The fact that someone can reach his position while holding such ludicrous views illustrates how far we've fallen since 1776.

Fortunately, the enemies of freedom are getting nowhere fast. The tech industry is pointing out, correctly, that designing a back door into their systems would invite every hacker on Earth to look for the keys. Someone would find them.

Furthermore, the fact that Snowden easily took millions of super-secret documents is prima facie proof that the NSA cannot protect its secrets. There could be no assurance another Snowden won't take the back door keys.

The effort might well be futile, anyway. Congress has no way to stop foreign programmers from devising new encryption systems. The genie is out of the bottle.

This doesn't mean we are safe, though. Desperate bureaucrats will do desperate things. When leaders in our own "Justice" Department are allowed to simply ignore the Fourth Amendment, anything is possible.