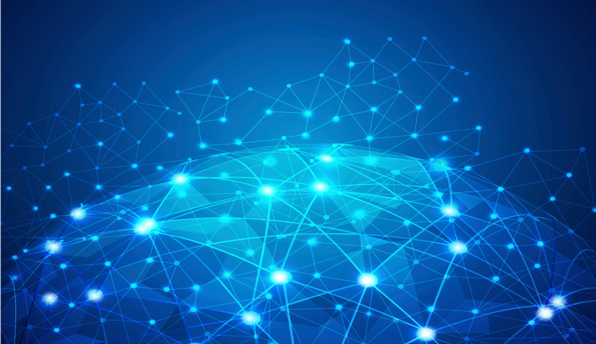 STAFF NEWS & ANALYSIS
Underestimate the Internet at Your Peril
By Staff News & Analysis - May 22, 2014

$1 Million Bounty to Be Offered for 'Smoking Gun' in IRS Targeting Scandal … A nonprofit group hopes to award a $1 million bounty to anyone who can provide "smoking gun" evidence to implicate IRS leadership or members of the Obama administration who purposefully targeted conservative and tea party-affiliated groups, TheBlaze has learned. Gregg Phillips, the managing director for The Voters Trust, a political nonprofit 501 (c)(4) which was established to identify and mobilize Americans, told TheBlaze on Wednesday "that this is the people's bounty to seek the truth." Catherine Engelbrecht, president of the nonprofit group True the Vote, will be officially announcing the bounty Wednesday night on Megyn Kelly's Fox News show, "The Kelly File" at 9 p.m. ET. To qualify for the bounty, the person needs to provide "relevant evidence including emails, eye-witness accounts, or testimony of political targeting of Americans by the IRS or the Obama administration that has not previously been reported," according to an official press release from the group obtained by TheBlaze. – TheBlaze

Dominant Social Theme: The Tea Party is a flash in the pan and the current system is strong enough, honorable enough and decent enough to withstand the attacks now being leveled at it.

Free-Market Analysis: Despite regular efforts to downplay the political change taking place around the US, events like this one – in the excerpt above – show that the sociopolitical fabric itself is being attacked by citizens who for one reason or another have had enough.

They want to open the curtains and peer through at those controlling the levers of a society that increasingly seems out-of-control and authoritarian to them.

Phillips said the evidence must lead directly to the arrest and conviction those responsible and the information provided will remain anonymous and confidential. "We are going to crowdsource the financing for the bounty," said Phillips, whose group has been planning the public bounty for months.

"This is about the American people. The days of the big party – Republican, Democrat, Tea Party – are over and everybody has to unite right now… We're going to unite people around the truth. We're going to return people to liberty instead of expecting Congress or the Justice Department to investigate these wrong doings."

The Voters Trust is offering a reward up to $1 million to an IRS insider or other government whistleblower who comes forward with a new, relevant evidence implicating IRS leadership or the Obama Administration in the IRS witch hunt targeting conservatives.

The Voters Trust is a political non-profit (501 (c)(4)) established to identify and mobilize Americans. The Voters Trust provides a community to those who have been silenced and encourages citizens to speak out and take back their government.

The organization's managing director is Gregg Phillips, founder of super PAC Winning our Future, one of the biggest PACs in the 2012 election cycle. Bounty Graphic courtesy of Voter's Trust. The Voters Trust is offering a reward up to $1 million to an IRS insider or other government whistleblower who comes forward with a new, relevant evidence implicating IRS leadership or the Obama Administration in the IRS witch hunt targeting conservatives.

… Many of the groups targeted by the IRS believe that the Obama administration is purposefully censuring information that would reveal the true intentions of administration officials. Emails obtained by the government watchdog Judicial Watch, through a Freedom of Information Act request, reveal that the targeting of Tea Party and conservative groups came from the IRS in Washington DC.

The emails and documents also show Sen. Carl Levin's (D-Mich.) potential involvement in putting pressure on the IRS to investigate conservative tax-exempt organizations. "This is their intent and if we allow it to continue it will fundamentally reshape the citizen's relationship with the government," Engelbrecht said. "This bounty is about the people, it's about the grassroots and the citizenry of our nation and it belongs to all the people. This is our rallying cry for justice."

Now, what is certainly true when it comes to groups such as the one making this announcement is that they are often partisan in nature and designed to exploit the right/left dialectic that restrains the political dialogue and renders it ultimately ineffective.

But we've also pointed out that the information available on the Internet has all but shattered the previous control paradigm that existed in the 20th century.

You see … in order to create and sustain control, the dialectic must be imposed and cultivated. In the 20th century, the dialectic moved only one way, toward further authoritarianism and bigger government.

But in the 21st century, in order to maintain control the dialectic has been pushed back. If the dialectic does not appear to take in the widest possible gamut of citizen opinions, then the dialectic loses value as a controller of the larger conversation. Everything must either appear within the confines of the dialectic or be ostracized as a "conspiracy."

Today, the dialectic includes secession, radical regulatory rollbacks and even – as in this case – calls to investigate the political process in ways that have not existed before in the modern era. Just yesterday, in fact, the libertarian-oriented socialist Nat Hentoff endorsed the conservative-oriented Rand Paul.

This is a kind of groundbreaker and shows how difficult it is for the power elite to continue to control the dialectic. Freedom is leaking out on both ends. Here, from Hentoff's editorial:

For me, Paul made real a fantasy I'd long held: that someone running for the presidency, as he clearly is, would focus insistently on what it means under our Constitution to be an American – with basic individual rights and liberties no government has the authority to suspend or erase.

Meanwhile, the key statement in Philips's announcement above was this: "The days of the big party – Republican, Democrat, Tea Party – are over."

We've often made the point that the Tea Party was quickly co-opted by the same groups that control the Democrats and Republicans. And this is why statements about the "death" of the Tea Party are meaningless. The formal "movement" died a long time ago.

No matter … What we call the Internet Reformation is increasingly regnant and cannot be controlled by 20th century strategies. Regardless of who is really behind Phillips's organization, the naming of the award is a significant milestone because it shows perhaps for the first time how modest but significant money power is beginning to line up behind viewpoints that do not recognize mainstream politics.

A decade ago we predicted that the mainstream media was a failed "sunk cost" that kept people like Rupert Murdoch up at night – tossing and turning because of the realization that billions and even trillions of dollars had been wasted on what would soon be a useless Big Media infrastructure.

But the metamorphosis is even bigger than that. What we have also predicted is that the same sort of radical undermining is now beginning to infect the rest of the West's gigantism. Big Finance, Big Politics, even Big Justice are all going to come under significant challenge in the next few years. In fact, it is already happening.

Western governments – especially the US – are arming themselves against this occurrence, but bullets are useless against ideas … and the ideas that we are reporting on are fairly unstoppable until they run their course. And they will not run their course for a while.

This is also why we regularly point out that people have to take care of themselves, because a more tumultuous time is surely going to arrive. Perhaps people want to take advantage of the current Wall Street Party or simply buy gold and silver – or even farmland – to ensure some level of preparedness.

Just as the advent of the Gutenberg press set off convulsive changes, so the Internet Reformation is beginning to change every part of the West's sociopolitical and economic structure.

These changes are not merely more of the same cycle that has existed for the past several centuries but a substantive break with mainstream constructs. Underestimate them at your peril.