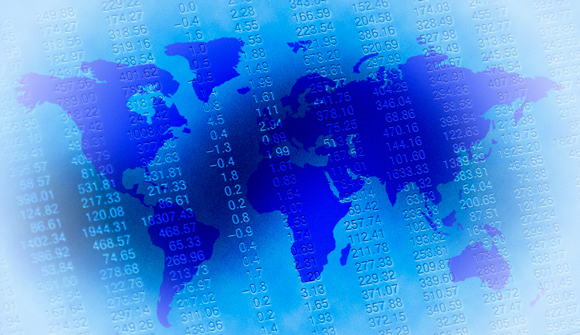 What We Know About Recessions Might Be Wrong … What are business cycles? Many people think that booms naturally lead to busts — that excesses built up during good times lead inevitably to a crash. Today's economists don't see it that way. Modern macroeconomists think that recessions and booms are random fluctuations around a trend. These fluctuations tend to die out — a deep recession leads to a fast recovery, and a big expansion tends to evaporate quickly. Eventually, the trend re-establishes itself after maybe five years. – Bloomberg

Dominant Social Theme: The business cycle is mysterious and happens for reasons we can't fathom.

Free-Market Analysis: Here is Bloomberg yet again postulating that business cycles are not predictable and that – by default – central bank money printing has nothing to do with it.

Of course, one of the big breakthroughs of the 20th century was, in our view, the discovery by Ludwig von Mises and FA Hayek that the modern business cycle was exacerbated by central bankers offering too much credit at low rates along with other forms of money printing. Eventually, asset bubbles form and burst disastrously.

This state of affairs came about because modern central bankers have a kind of monopoly on money production. Other forms of money (even gold and silver) cannot directly compete with a state supported monopoly. It's the responsibility of state bankers to create money these days.

But the idea that central banks create booms and busts – this is anathema to the central banking community itself. They are always looking for other explanations that spread the responsibility or even absolve central banks. This Bloomberg article is a good example of how one attempts to reconfigure what seems to us to be a fairly simple explanation.

Now, it is true that there are alternative explanations, most notably by Antal Fekete, a neo-Austrian we have interviewed many times, and one can argue that his perspective has credible elements. But even with Dr. Fekete's perspective the underlying – initial – imbalance involves printing money. This is not something mentioned in this Bloomberg presentation on business cycles. Here's more:

There have always been those who suspected, deep down, that the reigning wisdom was wrong — that recessions deal permanent injuries to an economy, and that booms bring lasting benefits.

One seed of doubt was sown in 1987 by Greg Mankiw, a Harvard economist who was later an adviser to President George W. Bush. Along with noted financial economist John Campbell, he published the paper "Are Output Fluctuations Transitory?" That's economist-ese for "Do recessions naturally heal?" Mankiw and Campbell look at the evidence — what there is of it — and conclude that there's a strong possibility that recessions don't naturally heal. If gross domestic product goes down by 1 percent, it stays 1 percent lower until something bumps it back up.

In the language of econ math, that means GDP has what is known as a "unit root." In 2009, in the middle of the Great Recession, Mankiw bet that this recession would cause a lost decade. Interestingly, Paul Krugman was among the optimists — and turned out to be wrong. Six years later, our economy is healing, but very slowly — and what healing there is may have been due to unexpected positive developments such as the shale boom.

We can see this sort of narrative tends to treat an economy as if it is some sort of animal that once damaged must recuperate. Actually, an economy is made up of people, each of whom are utilizing human action to make their own decisions about how to live in a fashion that makes them the most happy.

That's not how the Bloomberg article sees it, though. The Bloomberg perspective and those models it discusses tend to treat an "economy" as separate element with its own characteristics and animation.

So how does an economy get injured? From some sort of mysterious "negative shock" that leaves it reeling. And recoveries according to this formulation don't achieve levels higher than previous but often leave the economy at a lower level of production and wealth.

The question then becomes, "why don't economies bounce back?" Roger Farmer of UCLA is cited as an academic who is researching this question. Farmer, we are told, seeks inspiration from Keynes, asking, "What if human sentiment, or 'animal spirits,' drives the economy?"

His conclusion apparently is that various economic agents are subject to "bursts of optimism and pessimism" and that these can become "self-fulfilling prophecies."

Farmer determines these in turn give rise to "multiple equilibrium." And thus pessimism can sour an economy and it will take a burst of optimism to rebuild it.

The conclusion: "If Farmer is right, then no matter how rational it looks, our economy is driven by the vagaries of shifting human expectations." And the solution: "That opens up the possibility that maybe we need government to knock us out of the bad equilibrium — somehow."

You see? These explanations always end up with a government answer. There is a sizeable coterie of academics, economists and media types that are dedicated to searching for government solutions. The Austrian business cycle explanation has never received widespread approbation because it puts government and mercantilist central banking in a bad light.

As a result, other explanations are welcome. And this one, discussed above, is just another variant of Keynes's. John Maynard Keynes's General Theory explains that an economic bust must be met with resolute economic activity. But Keynes never explains how an economy goes down in the first place.

Neither, apparently, does Farmer. He wants us to believe that economies fluctuate based on amorphous psychological factors. There is something self-defeating about such theorizing. The answers seem fairly plain, whether one chooses to believe Mises or Fekete or both. Not Keynes or Farmer.

Certainly economies are driven up and down by monetary events. But it is central banks doing the money printing and providing the fuel for market imbalances.

The culprits are obvious. Understand them and you understand how we can arrive at our own analysis of the market – one that features the ongoing Wall Street Party. We're not sure when it's going to stop but we certainly understand its genesis and mechanism. Understand free-market economics to understand the world more clearly. You owe it to yourself and your family.