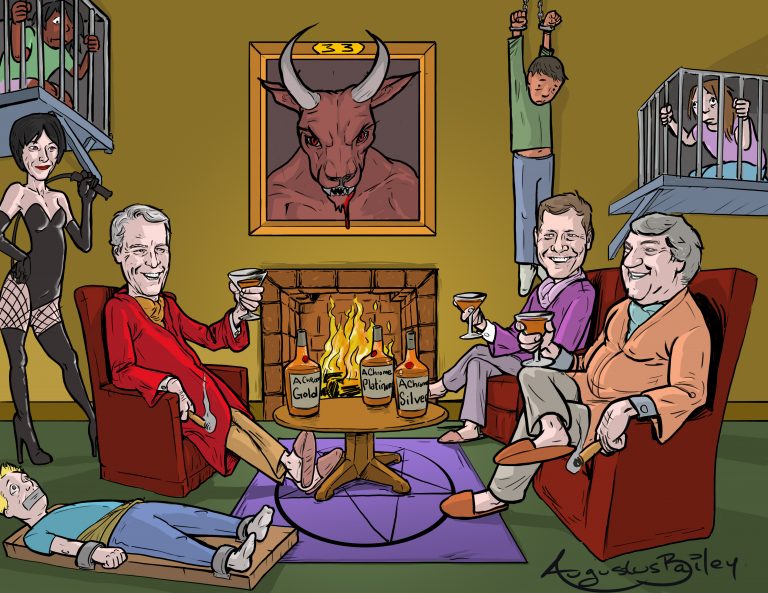 STAFF NEWS & ANALYSIS
#UNRIG: Liquidate Congressional Wealth Under RICO Law and Give It Back to the People
By Ben Bartee - July 02, 2021

There is no restraint like the pervading eye of the virtuous citizens.

The #UNRIG movement is here to deconstruct the DC administrative state — starting with, arguably, the single most corrupt legislative body in world history: the US Congress. Sign the #UNRIG petition to get it done today.

Liquidate the personal assets of every living current and former member of Congress and give the profits to the people. Target their family members’ ill-gotten gains as well.

That means their houses in the Hamptons, their cars, their market investments, their offshore accounts – even Nancy Pelosi’s luxury $24,000 ice cream freezer. 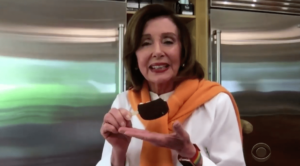 Let the political class, for the sake of justice, feel the desperation and shame of having to rely on $600 handouts from the government to survive after their economic livelihoods are cut off.

God willing, come this time next year, Democratic Senate Minority Leader Chuck Schumer will be living in tenement slums of New York, begging for change in a cup and playing the harmonica to entertain passersby in hopes of a donation. Slay Queen Nancy Pelosi will be walking the slums of San Francisco to make ends meet.

This proposition makes all the sense in the world; the economy is in shambles due to the incompetence and indifference of the ruling class; the majority of members of Congress are millionaires; nearly everyone by this point understands that they are party to the largest organized crime syndicate operating in the United States.

In fact, if a Congress member hasn’t yet amassed tens of millions as an elected government representative, he or she is on the poor end of the spectrum. Several congress members are hundred-millionaires. 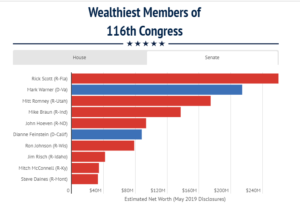 None of these people earned their vast wealth through merit. They are not particularly skilled. They don’t work harder than anyone else (Congress is only in session about 150 days per year). Generally speaking, they are thoroughly unimpressive specimens.

The standard US politician’s one truly outstanding characteristic – the reason he occupies the positions that he does – is his total lack of a moral compass. This is the engine that generates his economic success. As Harry Truman put it, “You can’t get rich in politics unless you’re a crook.” 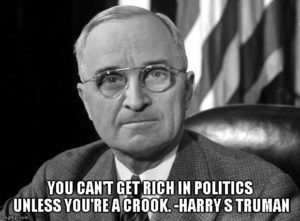 The ethos of the political class is to lie, cheat, and steal as a matter of routine. They and their staffers constantly innovate new scams to increase their personal wealth and power at the expense of hardworking Americans, all of which revolve around influence-peddling and inside knowledge of looming political and economic developments.

“Insider trading” refers to the practice of betting on the stock market using information that is unavailable to the public. Inside trades are common among elite social groups who enjoy higher rates of access to non-public knowledge such as Congresspeople.

Despite passage of the 2012 Stop Trading on Congressional Knowledge (STOCK) Act specifically designed to “prohibit members and employees of Congress from using any nonpublic information… for personal benefit,” treacherous Congress creatures continue to brazenly violate their own laws. These people are simply are not sufficiently afraid of the consequences of their illegal, corrupt behavior.

The burden falls upon us, the people, therefore, to put the fear of God in their crooked souls.

In 1970, Congress passed the Racketeer Influenced and Corrupt Organizations (RICO) Act to target the racketeering activity of mafia and other organized crime groups.

The most common definition of racketeering is:

The high-paid lawyers employed by Congressional members would be hard-pressed to explain why their clients should not be prosecuted under RICO statutes just like non-politically connected criminals are.

After months of economic shutdown and social isolation at the hands of their overlords, the public humiliation of their masters would serve as a tasty dish for the starved masses.

More important, though, is the practical value of such exercises in public condemnation. The central premise of the deterrence theory of crime is thus:

“Police deter crime by increasing the perception that criminals will be caught and punished.”

This movement to strip Congresspeople of their stolen wealth would prove popular across the ideological spectrum; as of December 2020, Congress had an abysmal 15% approval rating.

Somehow, Congress manages to score lower in terms of favorability among Americans than even the corporate press. A mere 3% of Americans have a “great deal” of trust in their representation. 6% have “quite a lot.” 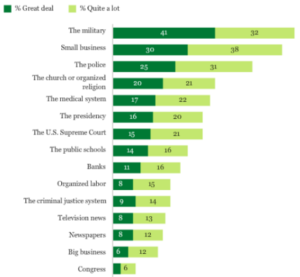 Pleasing everyone is an impossible bar. Even the most likable celebrities have detractors. However, when 91% of the public offers a vote of no confidence, a serious accounting of what has gone wrong, followed by a course correction, is needed.

By definition, on its face, a “democracy” in which 91% of the public disapproves of their representatives is a failure. The time has long passed to clean house.

Increasingly, normal people understand intuitively the truths that rigorous academic inquiry proves: US politicians do not represent their constituents’ interests – not even a little, not at all.

Disposing of autocratic leadership is in the best tradition of Americana. If their writings are any indication, the Founders would wholeheartedly endorse measures to cleanse the rampant corruption that has soiled the halls of power.

Join Robert David Steele and the #UNRIG movement to render justice unto those Congressional figureheads who have so egregiously violated their oaths of fidelity to the Constitution and representative governance.