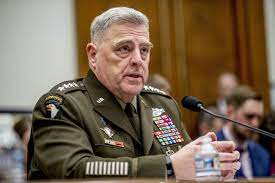 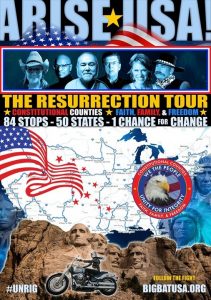 The July 4th Mt. Rushmore #UNRIG rally represented a critical flashpoint in the new revolution afoot to wrest illegitimate power from the rapacious government and return it to its rightful owners: the People.

The coast-to-coast #UNRIG tour’s far from over; check out the latest #UNRIG schedules updates to find a stop coming to a town near you.

We need, more than ever, to build #UNRIG coalitions at the local level – for many reasons, but chief among them is this: things have gotten very strange in Neoliberal Candyland© and are getting exponentially stranger by the day.

Amazingly, whilst defending mandating its teaching in the academy, Milley admitted to not knowing much about the specifics of CRT – again, despite vocally supporting forcing his students to study it:

“First of all, on the issue of critical race theory, et cetera, I’ll obviously have to get much smarter on whatever the theory is, but I do think it’s important actually for those of us in uniform to be open-minded… And I want to understand white rage and I’m white, and I want to understand it. So what is it that cause thousands of people to assault this building and try to overturn the constitution of the United States of America? What caused that?”

So, to briefly paraphrase: “I don’t really know what CRT is, but I’m sure we need to force impressionable young men and women in the military academy I oversee to credulously absorb it because… white rage, or something. Jan. 6th.White supremacy. White rage.”

Tucker Carlson subsequently did a detailed monologue on his Fox New show chronicling the amazing spectacle of Milley’s Congressional testimony which culminating in labeling the general a “pig” — calling a spade a spade, etc.

The sycophantic pearl-clutching in defense of the dear, sweet generals (the “Dear Leaders,” one might say) of the corporate state went to level-12. Consider Exhibit A, Lincoln Project grifter Steve Schmidt (ostensible paragon of moral virtue): 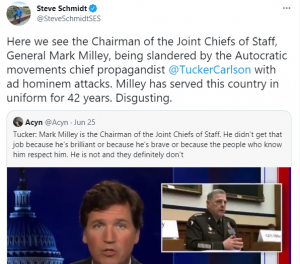 See how that works? In Neoliberal Candyland© — the New America© — reality is inverted: the “autocratic movement’s chief propagandist” is not disgraced political action committee multi-millionaire Steve Schmidt, who reflexively prostrates before the military leadership of the most powerful state on the planet; rather, the title of “autocratic movement’s chief propagandist” belongs to a cable news show host who dares question the moral judgment of said military leadership.

In a bygone era, journalists were allowed – encouraged, even – to be skeptical of state power. Indeed, that was more or less the entire point of their professions’ justification for existence: namely, to stand against abuses of power, regardless of where they emanated.

In 2021, sickeningly, the corporate media – in tandem with the self-professed “Left” – now full-throatedly cheerleads those abuses. Even more, they worship at the altar of state power in its most ostentatious forms – not based on any principle, but rather on political expediency and cuckoldry to the state to achieve their aims, which at present include using the security state to crush what they perceive to be retrograde MAGA-supporting Middle America.

For its part, the corporate state is more than happy to cynically partner with the woke mob to grab power. In fact, it needs them at the moment as it turns its external “anti-terror” programs developed under the guise of fighting foreign Islamic terror to domestically target American citizens it has now designated “domestic extremists,” “domestic terrorists,” or any number of monikers – just as civil libertarians (and once upon a time, the American Left) warned it would.

In the end, of course, the astroturfed “Left” of the BLM and Antifa variety will be discarded, thrown under the bus whenever these groups become more of a liability than an asset to the state. In the meantime, the slow-burning death of civil liberties to thunderous applause by adherents to the Democratic Party rolls on unabated.

It’s worth distinguishing here between honorable enlisted and lower-rank officers of all socioeconomic backgrounds (many of whom would be categorized as afflicted with “white rage”) from the vapid careerist social climbers of the top brass. 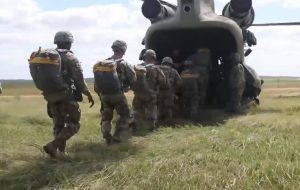 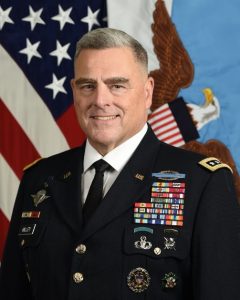 Of course, the neoliberal media intentionally muddies the water by attempting to conflate the two. In this way, the convenient “Tucker Attacks War Hero” headlines write themselves. 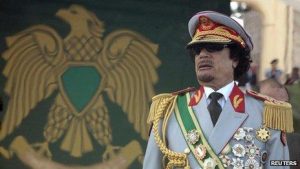 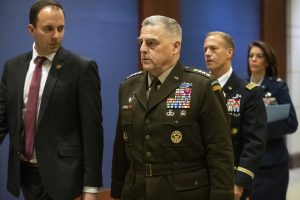 A pair comically festooned adult children  — they of washed faces, uncalloused hands, and unbroken backs, basking in the glow of honor with none of the requisite dirt under their fingernails

Many lessons are worth taking from this episode, but the primary one might be this: the various apparatus of state, its multiple tentacle-like appendages (including the alphabet-soup CIA, FBI, DoD, etc.), are not right or left. They are not ideological in any conventional sense; what they exist to achieve, above all, is the self-amassment of power. Above all, they are no friends to the American people or our way of life.

Whenever and wherever they are insulated from criticism, the population plays footsie with latent despotism and gambles their freedom. The powers provisionally granted to the state by a free people must, at all times, be checked.

“Political freedom includes in it every other blessing. All the pleasures of riches, science, virtue, and even religion itself derive their value from liberty alone.”

When appendages of state sense an opportunity to extend their reach – as they have now in the form of the Jan 6th “insurrection” proffered as evidence of a “domestic white nationalist terrorist threat” – they will be sure to use it.

If that means targeting Nebraska corn farmers for culling based on amorphously defined “white rage” via Critical Race Theory, they will adjust their rifle scopes accordingly. Indeed, Nancy Pelosi and Co. are already making their move. 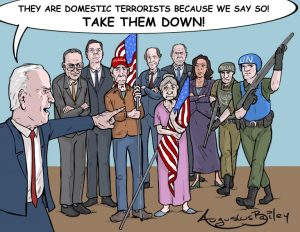 The police state is rapidly spiraling out of control. As part and parcel of a broader, unprecedented power grab with potentially fatal implications for the American experiment in self-governance, the federal Capitol Police are now opening “field offices” in Florida and California.  (Sign the petition to demand their removal). 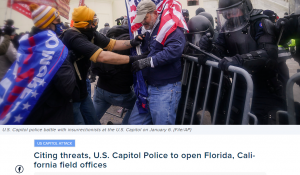 This is the stuff of tea parties and revolutions.

Join Robert David Steele in the #UNRIG fight to join the right side of history. In the absence of meaningful resistance – starting with you – the American way of life is destined for extinction. Help us save the best parts of America; support the movement however you can.