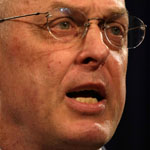 China has bought more than $1 trillion in American debt, but as the global downturn has intensified, Beijing is starting to keep more of its money at home – a shift that could pose some challenges to the U.S. government in the near future but eventually may even produce salutary effects on the world economy. At first glance, the declining Chinese appetite for U.S. debt – apparent in a series of hints from Chinese policy makers over the past two weeks, with official statistics due for release in the next few days – comes at an inopportune time. On Tuesday, the U.S. president-elect, Barack Obama, said Americans should get used to the prospect of "trillion-dollar deficits for years to come" as he seeks to finance an $800 billion economic stimulus package. Normally, China would be the most avid taker of the debt required to pay for those deficits, mainly short-term Treasury securities. In the past five years, China has spent as much as one-seventh of its entire economic output on the purchase of foreign debt – largely U.S. Treasury bonds and American mortgage-backed securities. But now, Beijing is seeking to pay for its own $600 billion economic stimulus – just as tax revenue falls sharply as the Chinese economy slows. Regulators have ordered banks to lend more money to small and midsize enterprises, many of which are struggling with slower exports, and Chinese bankers say they are being instructed to lend more to local governments to allow them to build new roads and other projects as part of the stimulus program. – International Herald Tribune

Dominant Social Theme: It's bad but not terrible.

Free-Market Analysis: Yes, this report seems fairly reasonable to us. We've read stories reporting the Chinese are going to dump close to US$1 trillion in American debt, and we never found that too convincing. Doesn't make much sense to dump everything you bought on the market all at once – unless you want to take a mighty big haircut. But refusing to buy much more of what you already have, when the additional supply is merely going to devalue what you have already got? Especially when you have other uses for the money? That's not such a radical plan. Sounds sensible.

So we have expected this for a while, and written about it for a while as well. The whole buy-our-debt-so- we'll-buy-your-white-goods arbitrage had obviously gotten kind of old. Now as America signals in a variety of ways that its own economy is collapsing, Asia is rapidly coming to the conclusion, apparently, that the sought-after buyers in the West are not going to be so dependable. China in particular will have to do it on its own – continue down the path of a consumerist society so as to raise up its additional hundreds of millions out of rural poverty.

For China it is not a moral imperative but a political one, which is much more important. The old men of the Politburo have got to keep the balls up in the air. If they don't, they are afraid of a backlash by the hundreds of millions that have not participated in the latest, greatest leap forward. The irony is massive: China will now drive its own population forward toward rabid consumerism using every trick of monetary stimulation available. In basically one generation, the Chinese people will have gone from Maoist austerity to adopting the entire gamut of Western materialism – all to justify the retrograde and illiberal regime that simply wants to keep power.

There is little in the way of redeeming value in any of this. Deals with the Japanese and Chinese that distorted Western currency, especially American currency, in order to keep America and the West consuming, were bound to end in tears. And the Chinese effort to build internal consumerism is going to end in a crash that will make 2008 look like a picnic. The whole Chinese financial system is questionable. The banks evolved out of hard-core communism and thus corruption and inefficiency has been overlaid with Western style monetary stimulation. This is like covering a garbage heap with Astroturf – it all looks good but it ain't going to last.

With China pulling the plug on additional purchases of American Treasuries, it will be interesting to watch where the boys at the American Federal Reserve scramble to next. Maybe India, or maybe South America. Or maybe this is where the talk about an alternative currency suddenly heats up.