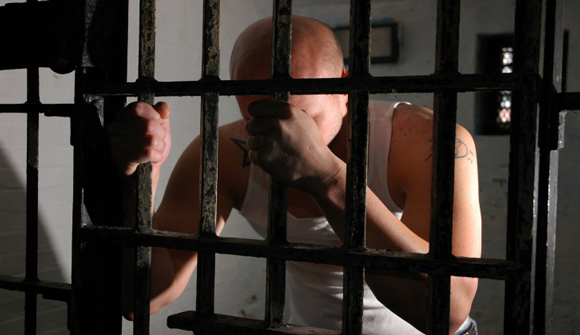 STAFF NEWS & ANALYSIS
US Does Not Need to Jail Wall Street Bankers: Remove the System Instead
By Daily Bell Staff - September 16, 2016

Warren wants to jail Wall Street bankers but she should apply her energy and eloquence to getting rid of the monopoly Fed and judicial decisions that prop up corporate America.

Without the abusive and deadly power of multinationals, the corporate catastrophes that Warren regularly cites would disappear, probably more quickly than one might expect. The current ruinously corrupt system is propped up by state force and state wealth.

As a firebrand of the left, concerned about people’s welfare and resources, she should surely see that the US’s impoverishment comes from endless over-printing of money and the consolidation of titanic multinationals that would not exist without Supreme Court decisions creating them.

Modern corporate abuses are especially evident in the monopolies they create, the entrepreneurial vitality they eradicate, the poor salaries they pay and the abusive government policies they support. Oftentimes, the oppression created by the government-corporate complex can turn deadly.

The East India company is a good example of how corporate giganticism leads to catastrophic abuse. It was a private enterprise authorized by the state that even had its own army. In other words it was a fascist entity that derived its efficiency from the marketplace and its power from the Crown.

Thomas Jefferson and other US founders were so concerned about corporate tyranny that they gave authority over corporations to the states. And until the Civil War, corporations were rarely formed and hardly ever of a significant size.

But today’s corporations have the same kinds of personalities and freedoms as the East India Company that so abused the world and scarred the generations of Jefferson’s time.

Today, it is not so different in terms of the hybrid power that corporations possess. The huge size of corporations comes from corporate person-hood, intellectual property rights and monopoly fiat money from central banks.

These “rights” are enforced by the Supreme Court and other courts around the  world. But there is no reason to attribute personalities to inanimate objects. There is no reason for society to enforce intellectual property rights. If people want to retain “rights” to their “property” they should do so on their own without government taxpayers doing it for them.

Massachusetts Senator Elizabeth Warren is [making] a new push to investigate—and potentially jail—more than two dozen individuals and corporations who were referred to the Justice Department for possible criminal prosecution in 2011 by the Financial Crisis Inquiry Commission, a government-appointed group that investigated the roots of the 2008 financial crisis.

None was ever prosecuted. The names of the referrals—including former Treasury Secretary Robert E. Rubin, who held a top job at Citigroup, and Citigroup’s former CEO, Charles Prince—became public earlier this year when the National Archives released new documents.

Where are the names of Alan Greenspan, Janet Yellen or Ben Bernanke? And how about the bankers who live overseas in the City or the top heads of intel and military entities that enforce the modern sociopolitical construct as it is. From a larger perspective, advocating for the punishment of select executives, no matter how powerful, only blurs the reality of what needs to be done. The problems with the US have everything to do with the system itself and the tens of thousands of people who wield its power. Change the system, eradicate the authoritarianism and the phony money that supports it, and you will set millions – billions – free.

Setting free billions is surely more important than putting 20 people in jail. If Warren really wants to focus on incarceration, then in addition to what’s been mentioned, she should advocate for the arrest of the Supreme Court and the entire Federal Reserve Board and its supporting entities. Congress, too, should probably be in prison along with most of the executive branch and the regulatory facilities that enforce the authoritarian rules that have built fascist America and doomed tens of millions overseas to poverty and death via oppressive serial wars for mostly political reasons.

Yes, it is fashionable to argue that powerful corporate and Wall Street heads ought to go to jail. And even sometimes that certain government officials ought to accompany them there. But this sort of rhetoric obscures the US’s fundamental problem, which is that systems have been put into place that have erected a kind of national socialism that is getting worse and worse. In other words, the effort is mostly being focused in the wrong direction.

An argument can be made that anything that takes attention away from what really needs to be done is counterproductive. By focusing on “bad” men who are “abusing” power, Warren is distracting the American public from the reality of the momentous changes that need to occur, and sooner rather than later.

Sadly, were persuasive and committed individuals like Warren actually to focus on the abusive and increasingly deadly authoritarianism of the US, and the real reasons for it, people would begin to understand it quickly. An uproar would commence and changes actually might happen.

Conclusion: Such changes would be far more momentous than just incarcerating individuals (no matter how powerful) with the purpose of impressing the American public with the ability of the US government to act in a punitive way.  As Warren claims to be partially Indian, perhaps she could try to motivate Native Americans to agitate even more committedly for change as well.