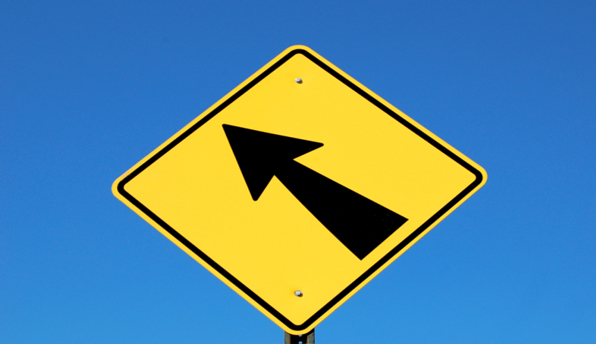 What America's leftward shift means for elections … With each new poll, it's becoming clear that the United States is shifting to the left. A majority of Americans now supports same-sex marriage. And legalization of marijuana. And normalization of relations with Cuba. Gallup reports that, in 2013, the percentage of Americans identifying themselves as liberals reached its highest level since 1992. True, it's only 23 percent. Conservatives, at 38 percent, still outnumber liberals. But the trend has been slowly and steadily upward for liberals since 1996, when it was 16 percent. This shift is due entirely to Democrats becoming more liberal — 29 percent of Democrats in 2000, 43 percent in 2013. – Reuters

Free-Market Analysis: How can someone present an analysis showing that the US is shifting "left"?

There is the matter of the "tea party" movement that, in this Internet era, has shoved many voters toward libertarianism. And then there is the widespread dissatisfaction with Barack Obama himself. His popularity is down near 40 percent according to some mainstream surveys; it could be much less. And how about Congress, which has a combined approval rating that may be in the single digits?

Out of this hodgepodge of numbers, how the heck does anyone conclude that "America" is shifting leftward?

Here's more from this weird analysis:

Democrats have won the national popular vote in five out of the six presidential elections since 1992 (all but 2004). Barack Obama won a majority of the popular vote twice — something Bill Clinton couldn't do.

The New America has come to power. It's a coalition of 10 Democratic constituencies that united to elect and re-elect Obama: young voters, working women, single mothers, African-Americans, Latinos, Asian-Americans, Jews, gays, educated professionals and the "unchurched" (the nearly one in five Americans who have no religious affiliation).

Eight of those 10 constituencies — all but Jews and African-Americans — are growing as a percentage of the electorate. Democrats now have the advantage in presidential elections. You can't say Democrats have a lock on the presidency, however.

The Democrats' presidential advantage disappears in congressional elections like this year's midterm. … Incumbency still has a big impact on House elections, and most incumbents are now Republicans.

Democrats also have a geography problem. They tend to live in crowded cities where congressional districts produce big Democratic majorities. That means a lot of wasted Democratic votes. Democrats also live in isolated college and industrial towns — where their votes are often swamped by Republicans in surrounding suburbs and rural areas.

After researching the issue, two political scientists concluded, "the Democrats' geography problem is bigger than their gerrymandering problem." Democrats do better in Senate elections, but their Senate majority is very much at risk this year.

The Democrats' problem in the Senate is not gerrymandering. It's the Constitution. Small conservative states are entitled to the same two Senate seats as California and New York. Republicans are becoming a congressional party. The GOP is entrenched in districts and states dominated by the Old America …

Without Latino votes, Obama would have lost in 2012. But Latinos want nothing to do with a Republican Party that is culturally insensitive to them. Yet the Republican-controlled House refuses to consider the comprehensive immigration reform bill passed by the Senate last year. House Speaker John Boehner (R-Ohio) has declared immigration reform dead for 2014. … The new normal in U.S. politics is a liberal presidential agenda blocked by a conservative Congress. And frustration among increasingly progressive voters.

Oh, come on. We note that Latinos as a group are NOT oriented toward statism; we doubt that the Latino vote would ever aim itself en masse at the Democrats for any sustained length of time.

What a muddle. The article begins by predicting a US leftward shift and ends by noting that a liberal agenda is blocked by a conservative Congress. From our point of view, there's almost no doubt that the US is growing more libertarian not more leftist. The regulatory, taxation and monetary environment of the US is miserable and growing worse.

And then there is this (which we have cited before) from USA Today:

Study: Nearly 1 in 3 will be arrested by age 23 … Nearly one in three people will be arrested by the time they are 23, a study published Monday in Pediatrics found. Sponsored Links "Arrest is a pretty common experience," says Robert Brame, a criminologist at the University of North Carolina-Charlotte and principal author of the study.

The new data show a sharp increase from a previous study that stunned the American public when it was published 44 years ago by criminologist Ron Christensen. That study found 22% of youth would be arrested by age 23. The latest study finds 30.2% of young people will be arrested by age 23.

This analysis asks us to believe that despite increasingly vicious authoritarianism in the US, the country is drifting leftward … toward MORE of it. But who wants to live their life in an expanding police state under hyper-regulatory control? Dozens of new regulations are being created each day by the US's out-of-control federal agencies.

Up to six million people at any one time are enmeshed in the penitentiary system; the IRS is unapologetically intimidating those who want to return to a more laissez-faire environment; the president threatens legislation via executive order; the out-of-control military-industrial complex has never bothered to explain the US$2 trillion it "mislaid" over a decade ago; the US Intel program is so intrusive that it has managed the trick of alienating regimes around the world, not to mention its own citizens.

And we are told US citizens want MORE of this? Perhaps there is a deeper reason for these kinds of articles. Are they intended to justify a "leftward shift" in the US that will impose itself increasingly via mechanical means?

Is it possible that there is no intention at top levels of the government to offer free and fair elections anytime in the near future? Freedom Outpost addressed this unsettling possibility in an article entitled, "Are Our National Elections Rigged?"

Well of course they are. That's a foregone conclusion; not even a fit subject for intelligent debate any more. Oh, it's a little more sophisticated now than in the days of the old Tennessee custom of a Mason jar of moonshine, or the Chicago precinct captain's distribution of "walking around money." But the practice is alive and well, and more pervasive than ever. The evidence is everywhere if we choose to look.

Why do you think there is such a push to eliminate citizenship ID as a requirement to vote? Why do you think there is such a push to grant voting rights to illegal aliens? Why do you think voting machines that leave a paper trail have been eliminated in favor of electronic tabulation, far away from where the votes are actually cast? Why do you think that in the 2012 Presidential Election there were many reports of voter fraud, or intimidation, but no reports of conviction? Remember the 158.85% voter turnout in St. Lucie County Florida, the highest voter turnout in the Country? Of course it contributed heavily to the defeat of Republican Congressional incumbent, Colonel Alan West. And yes Colonel West did ask for a recount, but it was not granted.

Remember the uniformed members of the New Black Panthers, wielding billyclubs and blocking entry to the Philadelphia polling places? Charges were made but subsequently dropped by the Obama Justice Department. And I won't even get into the unchallenged Acorn voter registration frauds.

Of course, there is a pattern here that favors one political party over the other, but these are rather insignificant isolated instances compared to the big picture that is beginning to emerge. I believe it was Joseph Stalin who said, "It's not the people who vote that counts. It's the people who count the votes." That advice has been taken to heart by our current crop of politicians.

One might question aspects of this analysis, especially whether Republicans would sit by quietly while being illegally squeezed into permanent second-class status. But in the US, as elsewhere, the two parties are in many ways indistinguishable – and benefit equally from an ever more statist drift.

Globalist control is the real issue. The bias is always towards bigger government at any level. This muddled Reuters article is just one more effort to support this meme.