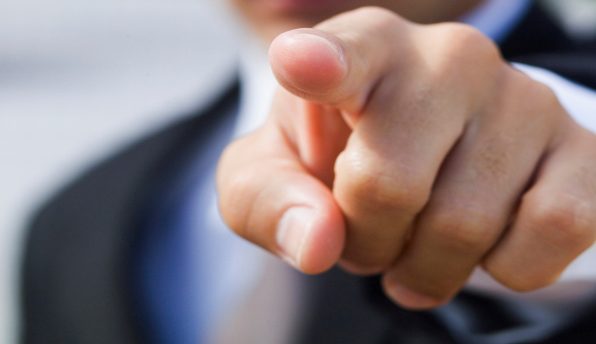 STAFF NEWS & ANALYSIS
US Points the Finger of Corruption Elsewhere as a Strategic Distraction
By Staff News & Analysis - February 27, 2014

Presenting The #1 Financial Haven For Dictators & Criminals … Pop quiz: When really nasty criminals and dictators want to hide their illicit gains, which country do they go to? I'll make this easy for you – multiple choice: a) Switzerland b) British Virgin Islands c) Hong Kong … With all the drama, history, and stigma surrounding Switzerland, most people would choose (A). Yet over the last few years, Switzerland has worked hard to shed this reputation, even going so far as to propose laws making it easier for them to freeze dictators' funds. But in reality, the correct answer to the question is (D), none of the above. It's the United States of America. Despite being at the forefront for every other country in the world to eradicate banking privacy, the US government has hardly done a thing about the huge cracks in its own banking system… at least when it comes to foreigners. – Simon Black of Sovereign Man blog

Dominant Social Theme: Switzerland is a horrible and corrupt place and the US is correct in disciplining that questionable nation and its duplicitous banking system.

Free-Market Analysis: We've been reporting on the Swiss banking saga for years now and have always been irritated by the hypocrisy and power politics surrounding it.

The US government has likely spent tens if not hundreds of millions attacking Swiss private banking because Swiss bankers are supposedly encouraging US tax evasion. Of course, from what we can tell, the US system itself is quite corrupt; in this modern central banking era taxes are not even necessary.

But they make a good command and control mechanism. And US/IRS officials intend to expand around the world under the guise of generating a more efficient taxing structure.

It all began when giant Swiss global bank UBS was accused by US officials of encouraging tax evasion. At the time we figured that UBS would shutter its US offices and stage a strategic retreat. But UBS did no such thing.

Instead, there began a saga that would break the sacred Swiss code of silence when it comes to customers' banking affairs. Today, we wonder if the entire incident was somehow developed and initiated as a kind of international false flag to reduce Switzerland's high-profile role as a banking center and to extend US tax hegemony around the world.

Bear in mind that large firms like UBS are inevitably interconnected to other banking facilities. To postulate that the West's aggressive globalists do not have considerable clout and "insider connections" at UBS is perhaps to take a stance that is if not naïve at least less than realistic.

The public reporting on these troublesome issues has been fairly straightforward, however. Switzerland has been portrayed as a virtual criminal entity, with its banks colluding with one another to steal from the US public.

Switzerland's private banking industry is in tatters. The banks that are left face formidable – official – US hostility. And no doubt the pressure shall continue until money flees Switzerland, as it already has, for other less compromised jurisdictions.

Given the ruin visited on the Swiss, one would be under the impression that US financial surveillance was both competent and broad-based. But now comes Mr. Black (see above) to remind us that, as in many other areas, the US is more skilled at pointing fingers elsewhere than at its own problems.

Switzerland may have been encouraging tax evasion, or so we are led to believe. But the US, according to this article, holds a special attraction for a corrupt breed of international fly-by-nighters.

Many states ranging from Delaware to New Mexico boast corporate entities that can be completely private, especially for foreign shareholders.

Not to mention, attorney-client privilege laws in the US mean that a lawyer can be inserted between a foreigner and their Delaware bank account, making the funds virtually untraceable back to the original shareholder overseas.

Last– the US banking system is so large with hundreds of billions of dollars of inflows and outflows, it's quite easy for several hundred million to slip right past the radar.

So if you're a villainous dictator who has plundered your citizens' wealth, you'd be a fool to stash that cash away in Switzerland. Wall Street banks are waiting with open arms, and Saul Goodman is just a phone call away.

None of this, by the way, is any wild conspiracy theory. It's all fact… validated by the US government itself.

You see, the Financial Crimes Enforcement Network (FinCEN), an agency of the US Treasury Department, sent out a rather frantic email blast to banks across the United States yesterday about former Ukrainian President Viktor Yanukovych.

Mr. Yanukovych recently fled his home country and is on the run from mass murder charges. And as you can imagine, he has spent years plundering the wealth of Ukraine.

FinCEN recognizes that Yanukovych has substantial assets stashed away in the Land of the Free… and they're keen to avoid yet another embarrasing public scandal in which the US banking system is caught financing a fugitive dictator.

So their email yesterday was a not-so-subtle suggestion to banks across the country that they should sound the alarm bells with respect to "suspicious movements of assets related to Viktor Yanukovych. . . and other senior officials resigning from their positions or departing Kyiv."

It certainly begs the question– why would FinCEN send out such an admonishment to US banks?

Simple. Because while ordinary citizens are treated like dairy cows and medieval serfs, FinCEN knows that the United States is the #1 financial safe haven in the world for foreign criminals and dictators.

The above rings true. It is, of course, the Internet that has fully revealed the vastness and purposefulness of the corruption in the West and especially in the US. The system is constructed the way it is to facilitate the flow of digital money from central banks to their commercial bank enablers.

Any system that allows a small group of men to set the price of money and determine its volume on a regular basis is bound to be almost infinitely corrupt. The two cornerstones of this corruption are corporate personhood and monopoly central banking.

Remove these state-enforced facilities and the current system would gradually deflate. The puffed up corruption would leak away. Eventually, we expect some of this will happen. But it will take time, for the state-mandated distortions of the current system are still accepted by too many as natural and normal. They are not.

The US will continue to be a haven for criminals and dictators until the rule of the market is reasserted, until state justice is reduced or obliterated in favor of more privatized or third-party justice and until competition replaces infinitely flexible regulatory stances.

In the meantime, US finger pointing will continue and other countries – like Switzerland – will suffer the consequences.