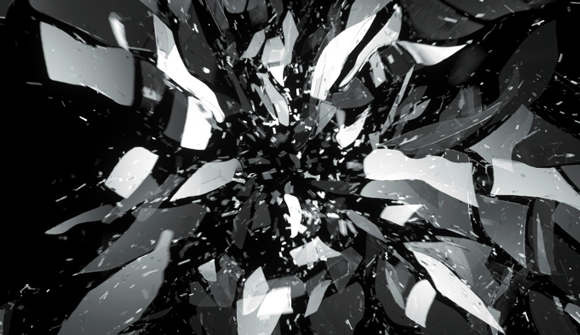 Investigators Said to Seek No Penalty for C.I.A.'s Computer Search … A panel investigating the Central Intelligence Agency's search of a computer network used by staff members of the Senate Intelligence Committee who were looking into the C.I.A.'s use of torture will recommend against punishing anyone involved in the episode, according to current and former government officials. Its decision not to recommend anyone for disciplinary action is likely to anger members of the Intelligence Committee, who have accused the C.I.A. of trampling on the independence of Congress and interfering with its investigation of agency wrongdoing. The computer searches occurred late last year while the committee was finishing an excoriating report on the agency's detention and interrogation program. – New York Times

Dominant Social Theme: Government officials should have more legal leeway than the average person because they make more important decisions.

Free-Market Analysis: The US is splitting apart: Some 60 years of expanding authoritarianism has created political and economic facilities that are now beginning to face off against each other.

There are dozens of intel agencies, hundreds of military specializations, vast bureaucracies at local, state and federal levels – all supported by a worldwide dollar economy that virtually forces other nations to hold dollars in order to buy oil.

Increasingly, as the struggle for resources grows more pronounced, each of these entities will involve themselves in growing "turf wars." It is not, of course, just a Western problem. Europe has similar woes and its fringe parties are becoming more extreme.

What is going on in the US is both significant and rapid. We can see that the CIA is now in a confrontational position regarding Congress, according to the New York Times. In fact, CIA officials who wiretapped Senators will not be punished.

This is just one of several newsworthy items reported over the weekend. Another was the aggregate shooting of three policemen over the weekend, two in New York and one in Tarpon Springs Florida.

While these are terrible tragedies from a purely human perspective, there is good evidence that such incidents are increasingly being used as fodder for power struggles. The New York Times reported on tensions between the Mayor and police in the aftermath of the New York Shooting:

For de Blasio, Attack Comes Amid Tension Over Police … Mayor Bill de Blasio spoke in sober terms at a news conference on Saturday at Woodhull Hospital after two police officers were shot and killed in Brooklyn … It is the sequence that every mayor dreads: the ominous report, the scramble to the hospital and the confirmation that, yes, an attack against the police has proved fatal.

But for Mayor Bill de Blasio, the tragedy on Saturday — when two police officers were shot and killed in an ambush in Brooklyn, according to the authorities — arrived at a particularly trying moment, amid an already fractious relationship with the police.

Police union leaders and officers could be seen turning their backs to the mayor and the police commissioner, William J. Bratton, as they walked past, in a video taken at the hospital where the two held a news conference on Saturday.

A written message from Edward Mullins, president of the Sergeants Benevolent Association, addressed the mayor directly. "Mayor de Blasio," it read in part, "the blood of these two officers is clearly on your hands."

The anger seems unusually fierce between the mayor and the police. Meanwhile, the tension between police and local communities, especially communities of color, seems to be growing. AP reported the following yesterday:

New Jersey's state police union has issued an email alert to the group's 33,000 members warning them to take extra caution after two NYPD officers were murdered.

New Jersey State PBA Executive Vice President Marc Kovar said in the email Sunday morning that all members and officers should take extra caution and change up routines in the coming weeks.

He cites heightened hostility from nationwide protests that he says has led to a "fever pitch of anti-police sentiment."

Our interpretation involves dominant social themes and what we call "directed history." To be blunt: In our view, the West is being leveled by historical forces as well as elite determination to expand global governance.

For over a decade the BRICS have been celebrated as a group of increasingly powerful countries capable of creating a kind of capitalism that can compete with if not win out over Western capitalism. In fact, recently, China surpassed the US in various measures of industrialization and output.

The US dollar is gradually being replaced in Asia and, of course, Russia, too, as tensions rise between the US and Russia over Ukraine and other military and industrial issues.

Various measures such as NAFTA and CAFTA have drained US industrial might while an increasingly intrusive regulatory and tax regime has further splintered US industrialism and entrepreneurialism.

The US now seeks to collect taxes from its citizens all over the world and to penalize banks that don't cooperate with its new policies. Is it unfair to conclude that US political and banking elites are actually working against the best interest of the US as a successful country? Is that too harsh?

We have believed for a long time that US political, economic and military problems are in some sense manufactured and then exacerbated. The mainstream media, for instance, inflames problems by reporting on them copiously and repetitively.

And the system itself, corrupt as it is, is yet borne up on tidal waves of money. The Pentagon has never even made an effort to discover the US$2 trillion Donald Rumsfeld admitted to losing before 9/11. Meanwhile, US intel continues to multiply with some 16 separate spy agencies, many of them focused on the citizenry itself.

The FBI and Homeland Security have issued advisories declaring certain "constitutionalist" views to be questionable and even suspicious. The upshot of all of this is an alienated citizenry and increasing governmental paranoia. Here's more from The New York Times:

The computer search raised questions about the separation of powers and caused one of the most public rifts in years between the nation's intelligence agencies and the Senate oversight panel, which conducts most of its business in secret. It led to an unusually heated and public rebuke by Senator Dianne Feinstein, the California Democrat who is the committee's chairwoman.

Three C.I.A. technology officers and two lawyers had faced possible punishment. In their defense, some pointed to documents — including notes of a phone call with Mr. Brennan — that they said indicated that the director supported their actions, according to interviews with a half dozen current and former government officials and others briefed on the case.

… The panel's specific conclusions are still being finalized, and it could be weeks before they present a report to the C.I.A. But officials said that the five agency employees had been informed that the panel would recommend that they not be disciplined. …

"What did he know? When did he know it? What did he order?" said Senator Carl Levin, the Michigan Democrat who is a member of the Intelligence Committee, said in an interview last week. "They haven't answered those basic questions."

There have been other times in US history when the nation and its institutions seemed to be divided against themselves. Most notably, of course, the Civil War comes to mind. But today's adversarial situations are complicated, in our view, by the Internet.

As a result, those who have in mind socioeconomic destabilization of the US can create the necessary elements but they cannot control the outcomes.

As events unfold, the potential is for more chaos not less. Lately, we've been writing about various ways that people ought to position themselves and their loved ones given Western societies' evolving difficulties.

Second passports, purchases of precious metals, overseas business and residential locations are all suggestions that people are acting on as Western economic progress continues to sputter while social stresses build. (See other article this issue for more on High Alert's planned expat community in Colombia.)

People – especially those with means – increasingly anticipate urban unrest and diminishing domestic economies; but what has not been clear until recently is the possibility that the US's many elaborate sociopolitical and economic power centers may take to quarreling with each other.

The result will surely be even more chaos and polarization, where people gradually give up the concept of fair outcomes under the law and expect increased levels of authoritarianism.

As governance begins to fail, there will arise cries for yet more authoritarianism and this will surely further the expansion of a kind of police state, not just in the US but throughout the West.

The failure of governmental legislative and enforcement agencies will likely feed on itself and the outcomes cannot be seen as positive.