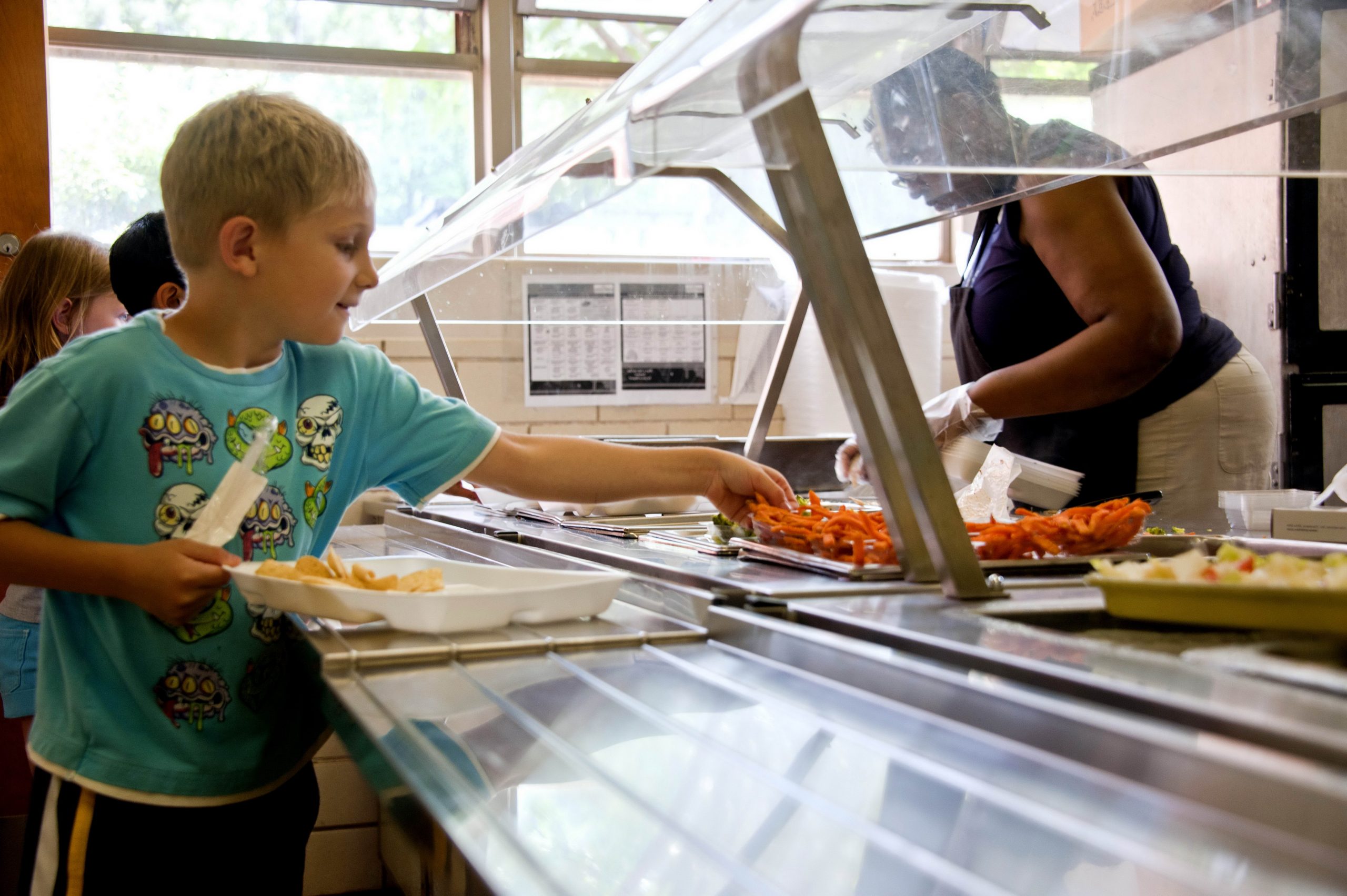 Apparently to commemorate Pride Month©, the US government in May announced a policy to effectively starve the children in their public schools  – unless the schools agree to trans them.

Nothing screams “liberal and loving” like withholding federal lunch money for public schools until they trans the kids: 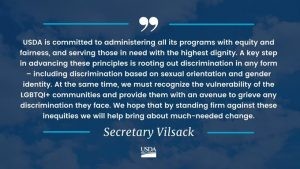 Ironically, Dean claims “no one should be denied access to nutritious food simply because of who they are or how they identify.” Yet USDA now, as official policy, will deny food to non-compliant school districts that don’t organize their entire institutions around ‘accommodating” “trans” students.

Behind the bureaucratic word-salad talking points, the threat is clear. The “program operators and sponsors that receive funds from FNS” referenced in the above press release include public schools that feed kids at or below the poverty line.

USDA ships a billion+ pounds of food to public schools every year – a huge tonnage that impoverished children and their parents have grown dependent on.

The federal separation of powers, as meticulously crafted in the US Constitution, has failed to curtail the social engineering LGBTQ+© program. All three branches of the federal government have gotten in on the action. The recent executive policy via the USDA comes from a 2020 Supreme Court legal interpretation of Title IX of federal anti-discrimination laws.

The ruling – which dissenting Justice Samuel Alito described as “legislation” through the court, an unconstitutional function  – mandated the inclusion of the fluid concept of “gender identity” in the definition of biological “sex.”

So, when Billy (or Billy’s parents) decide he’s Sally – a non-falsifiable claim — the school will be forced to comply with such a decree or face legal blowback.

The assault on children’s healthy psychological development is multi-pronged. The federal top-down bureaucratic approach is merely one facet of the attack by sea, land, and air.

“The NEA will publicize our continuing commitment to LGBT youth and all young people’s right to learn about and develop their own sexual orientation and gender identity.”

Instead of fixing failing math proficiency or flagging literacy rates (due in large part to COVID-19 lockdowns supported by the NEA itself), job #1 is facilitating children’s gender identity confusion and ultimate “transition.”

This masked banshee army is itself the product of indoctrination in government-funded university education departments.

Registered Democrats in university positions outnumber registered Republicans 10 to 1. In a large-scale sample of nearly 9,000 professors scattered across the United States – including red states – 39% of institutions had no republicans. 72% of the institutions employed so few republican professors as to render the number statistically insignificant.

This is the result: 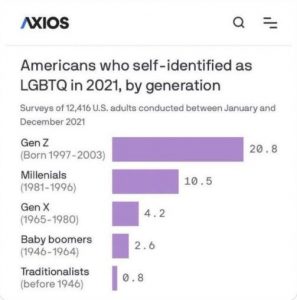 It’s a straight, industrial-scale pipeline of newly indoctrinated SJW cult member college graduates from university classrooms into teaching roles themselves in primary school classrooms. In turn, they beget the next generation of confused pansexuals, and so on ad infinitum until some immovable force ends the cycle.

We see the process of effectuating a diverse faculty and staff as an essential element in achieving a greater measure of economic and social justice in America…This can be done by conducting an inventory to assess the condition of diversity on campus, discussing these conditions with leaders and members, and designating a group of people to coordinate the union’s efforts in this area.”

The trans-rights-for-school-lunch coercion is a microcosm of the essential problem with federal so-called “welfare” social programs. The funding always comes, without fail, with strings attached, dangled at the government’s whim over the heads of recipients. The threat of withholding funding serves as a stick to force the schools into compliance with whatever social engineering program de jour.

Most Americans aren’t ideologically opposed to mutual aid or the idea of a community cooperating to ensure its kids can eat decent food. Unfortunately, those objectives are not shared by the federal government, nor is that the purpose of federal government welfare.

Rather, the intent is to create dependency and then to leverage that dependency, once firmly established, to pursue its own social engineering purposes – in this case, transing children.

Centralized bureaucratic power is the disease; localization is the cure.

Until American communities wean themselves from the federal teat and re-establish local control for local benefit, they will continue to fall victim to such social engineering pet projects.

This includes “anti-racism” initiatives, “LGBTQ+© inclusion,” or medical mandates such as forced COVID-19 injections as preconditions for schools and other publicly-funded institutions to remain fiscally solvent.