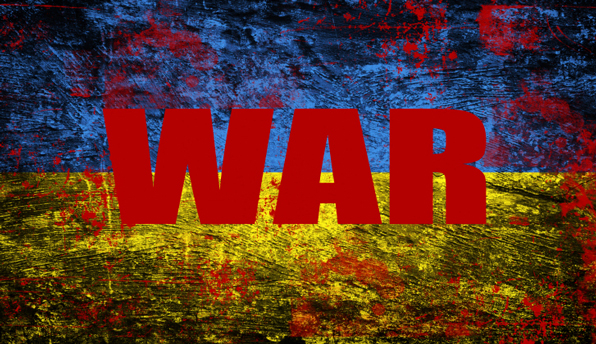 [Editor’s Note: The below article was written by our team member, Marat, who is from Russia originally ]

To say that Russia’s invasion of Ukraine is turning people’s lives upside down would be a massive understatement.

Here’s one example: A few years ago, after Russia’s annexation of Crimea, one Ukrainian businessman we know saw the writing on the wall: conflict was coming. So he decided to move his company to Portugal.

He and his family were also able to obtain residency in Portugal as a result.

Many of his employees hail from Ukraine as well. And while almost all of them were living in Ukraine, he encouraged as many as possible to obtain Portuguese residency.

He explained that they didn’t actually have to move to Portugal right away; they could obtain residency in Portugal as a Plan B, just in case they ever needed to leave.

And even if that day never came, they still wouldn’t be worse off for having legal residency in Portugal; it meant, for the most part, being able to freely enter Europe and stay for as long as they wanted.

When the new storm clouds of war began rising months ago, many of those employees exercised their Plan B option and left for Portugal.

Sure, applying for a second residency takes a bit of effort and paperwork.

But try to imagine the feeling of relief– even elation– when the war started, and these people had a solid option to move their families out of harm’s way.

Naturally, there were other employees who procrastinated over the years. They looked at the Portuguese residency and thought, “That looks interesting…” but they never took any action.

And now they’re stuck in Ukraine.

It’s not just Ukrainians either. Average, everyday Russians are largely in the same boat. Millions of them are trying to flee Putin’s regime and its cascading chaos.

Inflation is rampant. The Russian ruble went from around 70 per US dollar a month ago, to around 120 today.

Since Russia imports so many consumer products, many prices have doubled. Salaries and pensions, meanwhile, did not increase.

But those who had enough foresight to have a Plan B are much less affected.

People who saw the writing on the wall began acquiring physical US dollars, euros, and gold long ago, and holding them in a safe or private storage facility.

Now the iron curtain is descending once again, and Russians are only allowed to leave the country with the equivalent of $10,000 per person – hardly enough to move your life savings.

Plus the disconnection of almost the entire Russian banking system from SWIFT has made it very difficult to transfer money out of the country.

But those who opened a foreign bank account beforehand were in a much better position.

It wasn’t even necessary to hold much money in a foreign bank account… merely to have one open and available.

As the war was looming… and even immediately after the invasion started a few weeks ago… there was still a window of opportunity to transfer money abroad – if you had a foreign account to send it to.

Now, one of the only viable ways to move wealth out of Russia is through cryptocurrency, which the government is cracking down on.

There is the problem of actually moving yourself and your family out of the country.

Ukrainian authorities have already closed their borders, refusing any male between 18-60 to leave the country. It’s not unrealistic that Russia may also close its borders to prevent people from leaving.

Naturally there are countless Russians who would like to leave. But options are limited.

The ban on Russian airlines in much of the Western world (and vice versa) means there are very few flights out of Russia. And demand for those seats is very high. So prices have become exorbitant.

In Europe and Central Asia, only Serbia and a few ex-Soviet republics maintain air connection with Russia. They are now overrun by thousands of political refugees.

Our contacts in Tbilisi, Georgia and Tashkent, Uzbekistan report that hotel and rent prices have shot up there as a result.

Many Western countries introduced a blanket ban on all new residency applications from Russians, regardless of their political stance.

And even if the country still accepts new residents, good luck obtaining an appointment in its consulate.

Several Citizenship by Investment countries, such as Malta and most of the Caribbean, stopped accepting Russians altogether.

But again, those who arranged their foreign residency or citizenship beforehand, generally remain unaffected.

I am originally from Russia and have kept in touch with my Russian friends, who, with varying success are trying to leave the country today.

One friend –Yuri – is appalled with Putin’s decision to invade. After hesitating for years, he finally decided that Russia is not a good place to raise his three kids, and now wants to go “just about anywhere”.

But he speaks only Russian, has few marketable skills to secure a job overseas, and has little to no savings. Realistically, his chances of leaving and starting a decent life elsewhere are slim.

Another friend, Alisa, is much further ahead.

She speaks fluent English, and works for an international company which has offered her a position in Dubai.

She happily accepted, but now she has another problem: her Russian passport is expired.

It will take several months to process the new one due to the hundreds of thousands of Russians trying to obtain or renew their passports at the same time.

(We are sure the government doesn’t care to speed up the process either.)

Then there is our friend Yulia, who was rather international beforehand. She attended Simon and Viktorija’s entrepreneurship camp several times in the past and learned about the importance of diversification.

She kept her European “Schengen” visa active (Russians need visas to visit Europe) and escaped to Estonia during the first days of war when flights were still cheap and available.

She speaks English and is a great marketing specialist, making her skills relevant in any part of the world.

She is currently in the process of obtaining Estonian residency through her European employer.

But even she did not pick up all Plan B “low hanging fruits” available to her.

Being of Jewish heritage, she is eligible for an Israeli passport through the Law of Return. But she has been procrastinating with her application for years, and does not have a valuable second passport today that could help her during a crisis like this.

She finally realized how critical that step is and plans to apply as soon as she can.

And we urge you to think the same.

So it’s imperative to think about your Plan B well before any proverbial hits the fan.

Freedom of movement is important. You might need the ability to leave, as well as a place to go.

At a minimum, that means having a valid passport… and ideally a second residency abroad, or even a second citizenship.

Financial security is also important, and that means making sure that your money isn’t concentrated solely in your home country’s financial system.

If something bad happens (like Russia being disconnected from SWIFT), you won’t have access to your savings.

So you could consider opening a foreign bank account – even if you only hold a minimum amount of money there.

Just having a bank account open is an advantage, because these things usually take quite some time to set up. So by the time something bad happens and you really need one, it will be too late.

Also consider holding some liquid assets outside of the traditional financial system, including gold and crypto.

Millions of Ukrainians and Russians learned the hard way how difficult it is to scrap together a last minute Plan B.

There’s no downside in being early. But procrastinating and waiting until it’s too late could be one of the costliest mistakes of your life.