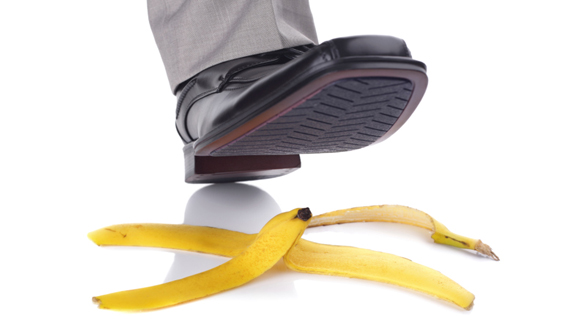 THE CHAIR OF THE FEDERAL RESERVE JUST FACT-SHAMED DONALD TRUMP … Janet Yellen reveals the president has no idea what he’s talking about when it comes to Dodd-Frank. Yellen doesn’t have time for this amateur-hour presidency. – Vanity Fair

According to Vanity Fair the “incredible” businessman Donald Trump doesn’t understand much about how the dollar or the larger economy.

He had questions for Mike Flynn about the dollar at three in the morning and over the weekend Economic Council director Gary Cohn needed to tell Trump that administration’s big infrastructure plan was going to be costly.

Janet Yellen has debunked Trump more generally. She did it as part of remarks before Congress dealing with Dodd-Frank, which she said, contary to Trump’s perspective, actually has been part of a lending surge, post 2008.

In fact, it rose 75 percent since 2010, the year Dodd-Frank was passed. This is much different than Trump’s contention that Dodd-Frank had been part of a regulatory surge that depressed growth.

“They’re lending,” Yellen as quoted as saying. “Their price-to-book ratios are substantially higher than the ratio of banks headquartered in other areas, and they’re gaining market share, and they remain quite profitable.”

Yellen also said, reportedly, that, “Lending has expanded overall by the banking system, and also to small businesses.  U.S. banks are generally considered quite strong relative to their counterparts. They’ve built up quite a bit of capital, partly as a result of our insistence that they do so.”

Trump’s perspective is that Dodd Frank had put considerable restraints on those who had tried to borrow post-2010.growing the money they need for their “nice businesses.”

Yellen has been accused by Trump of keeping rates artificially low during the campaign to benefit former president Obama and Hillary Clinton as well. It is one of a series of complaints about the Federal Reserve and its power over the economy.

Dood-Frank itself is not a new issue. It’s been seen as too intrusive for years. It mandates a good deal of extra paperwork for no conceivable purpose. This is one big reason Trump wants to repeal it.

Additionally, it does tend to lower how much businesses can borrow and spend, especially smaller businesses.

Unfortunately, Dodd-Frank is just the tip of the iceberg. The whole fabric of American business at this point is beholden to the Federal government starting with money itself.

Yellen is responsible for the Federal Reserve which runs money on behalf of the federal government. Vanity Fair doesn’t mention that but it should. The Fed, by regulating rates, determines how far and fast the economy will travel. Every part of the larger economy is in a sense beholden to the Fed. Other regulations such as Dodd Frank just add to the control.

If Janet Yellen really wanted to be honest about whether regulations are stifling the economy, she would begin with the Fed itself. She would explain the Fed is involved in a form of price fixing and that regulations themselves are an extension of that.

She would admit that the Fed itself ought to be disbanded and that a broad cross sections of regulations ought to follow.

The Vanity Fair piece is duplicitous when it attempt to justify Dodd-Frank as necessary legislation when it is nothing of the sort. And they use the testimony of the nation’s price-fixer-in-chief to make their case. They think the Fed is a necessary economic component and they think the same when it comes to Dodd-Frank. They ought to study what is really going on before they make broad assertions.

But unfortunately making broad assertions unbacked by knowledge is a good deal more fun than doing the hard work of understanding the shaky American economy.

When the economy finally collapses, as indeed it shall, Vanity Fair, like other glossy, illiterate publications, will find some other unregulated corner to blame it on. That’s how things work.

They continue to have a steady supply of innumerate journalists. That’s one group that our journalism schools add to every year.

Conclusion: Their numbers are growing, along with the number of illiterate remarks by magazines. The supply, unfortunately, is related