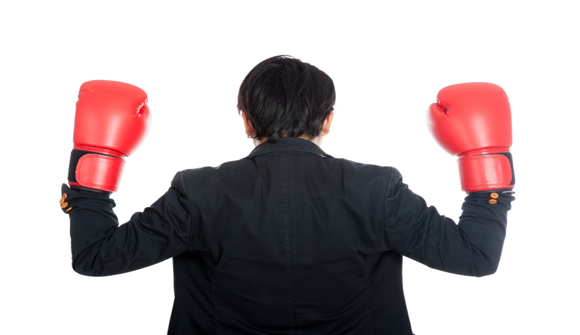 The media has got their narrative and they are sticking to it.

It doesn’t matter that a shooter specifically targetted a Republican softball practice in June. It didn’t fit the narrative that the right is brewing hatred and violence. So most media was quiet about the Democrat Bernie supporter shooter.

Senator Rand Paul was one of the members of Congress at that softball practice in June. And now, for the second time this year, he has been literally attacked by a Democrat.

Rand Paul was attacked at his home earlier this week by his neighbor. First news outlets made it seem like this was just a silly little case of neighbors feuding over the length of the lawn. But then it came out that Rand suffered 5 fractured ribs. He was blindsided after cutting his lawn, still wearing ear protection.

And if the nonchalant attitude of the media wasn’t enough, GQ published a piece called Rand Paul Sounds Like the Worst Guy to Have as a Neighbor.

That’s it. Blame the victim. Rand Paul deserved to be attacked because he is an annoying neighbor.

So, let’s read between the lines a bit here. Rand Paul is an asshole neighbor. He bought a house in a neighborhood that has certain rules with regard to lawns, and he decided that he doesn’t need to follow those rules because of his belief in “property rights” that don’t actually exist. This is, at its core, the problem with libertarianism. Libertarians don’t want to follow the rules that we as a society have agreed upon, because they feel those rules step on their freedoms. And sometimes they might even be right, but that doesn’t mean that they are above those rules and can do whatever they want.

GQ never bothered to find out whether Rand Paul actually broke any of the rules, nor what specifically those were. But they did note that he composts and grows pumpkins on his property. Sounds like a pretty big scumbag.

Now to be fair, I don’t know why Paul would buy a home in a strict neighborhood. By joining a voluntary neighborhood association, you are making an agreement that if you buy the land, you will abide by the pre-existing rules. A true libertarian would have bought an off the grid bunker somewhere in the remote hills of Kentucky.

But I do think it is funny that the major complaints against Paul involve composting. I talked about this the other day, how everyone looks for the worst. The media could focus on the fact that Paul puts food waste to good use instead of filling the landfills. But instead, he is just a jerk because the neighborhood association apparently says you can’t compost.

It is also pretty damn ironic that the article complains about Rand Paul breaking his neighborhood association rules. Because at the same time they gloss over the fact that his neighbor broke that pretty standard social rule about not violently attacking people.

But don’t worry, GQ did put part of the blame on the violent attacker:

Now, I don’t want to excuse the other side of this. One of the problems with Democrats is we’ve never met government oversight that we didn’t like. And there’s a good metaphor for Democratic politics in the obnoxious Home Owners Association rules that drive everyone crazy. So it sure seems like this Rene Boucher was also an asshole, who cared way too much about what his neighbor’s yard looked like.

It seems like a guy who just broke 5 of his neighbor’s ribs over grass clipping was also, possibly, an asshole. Actually, it seems more like he was a typical worshipper of the state. It sounds like he thinks violence and threats can solve all problems.

I’m not here to defend Rand Paul’s politics. I think he has missed plenty of opportunities to color himself a true freedom lover. I think he took the bait during the Presidential primaries and fell into the Trump Trap. And while I don’t even think he is that libertarian, he is likely the most pro-freedom Senator in Congress.

But none of that should matter because this is about someone being attacked. I don’t want any politician, or any person, in general, to be attacked. Yet the left’s rhetoric is getting more and more violent. Antifa and other liberal groups are destroying more property, and attacking more people they label nazis.

Yet if you consult the media, they will blame the “anti-government” folks for inciting violence against the left.

Articles like GQ’s are further proof that the left excuses their own violence, and promotes it.